Which destinations on the Formula 1 calendar offer the best off-track experience? Here’s our Top 10 F1 cities. 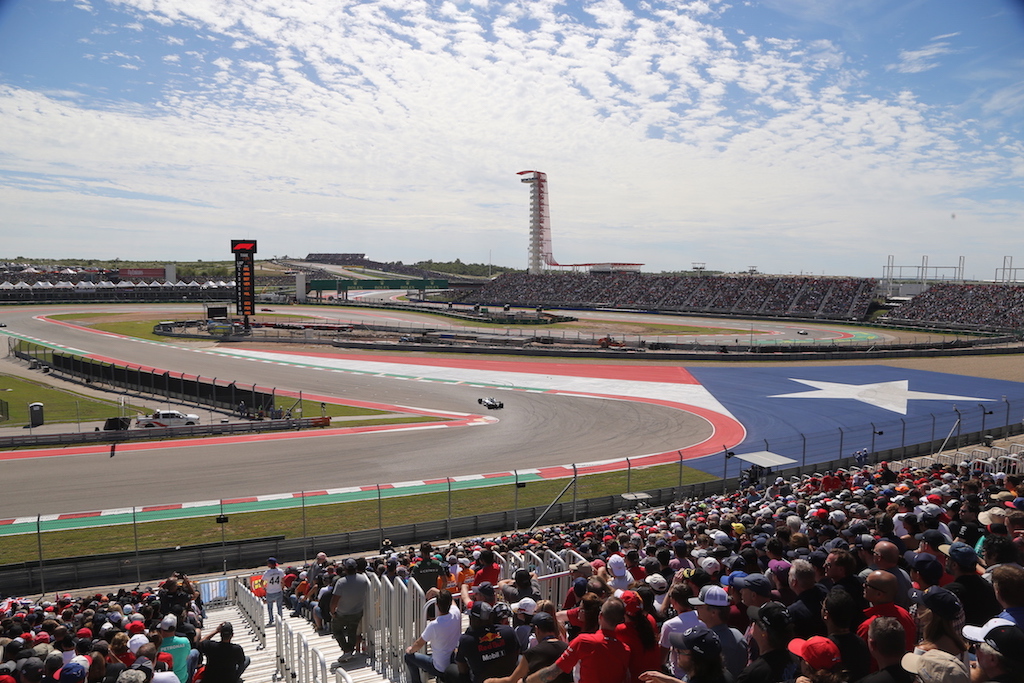 Live music, food trucks, hipsters and the great outdoors. There’s a lively atmosphere in Austin on race weekend. Head to the 6th Street/Red River precinct for the best parties, escape the crowds in Zilker Park or get your sports, culture and history fix at the huge University of Texas campus. Don’t leave town without sampling some of the city’s delicious Tex-Mex cuisine, preferably at one of the city’s awesome food truck parks. Learn more in the United States Grand Prix Travel Guide. 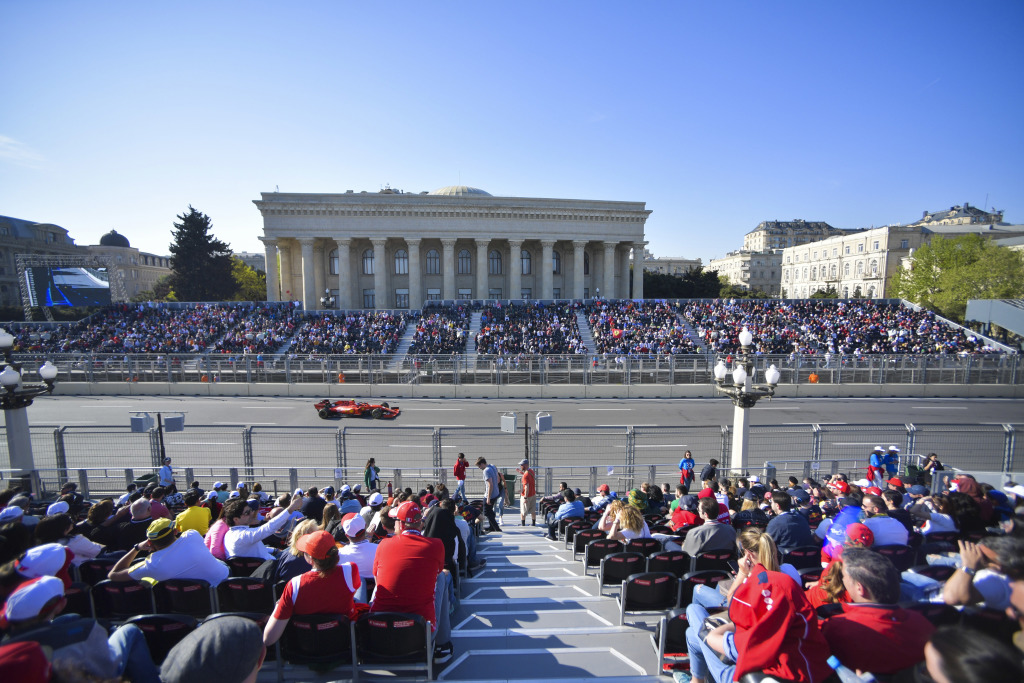 East meets West at the newest destination on the F1 calendar. Once an important stop on the famed Silk Road, Baku offers a beguiling mix of ancient history and stunning contemporary architecture. It’s also one of the cheapest destinations on the current calendar, though getting a good flight connection to the city can be tricky. Stay downtown to get the most out of your weekend in Baku and be sure to check out the A-list concerts at the impressive Crystal Hall. Learn more in the Azerbaijan Grand Prix Travel Guide. 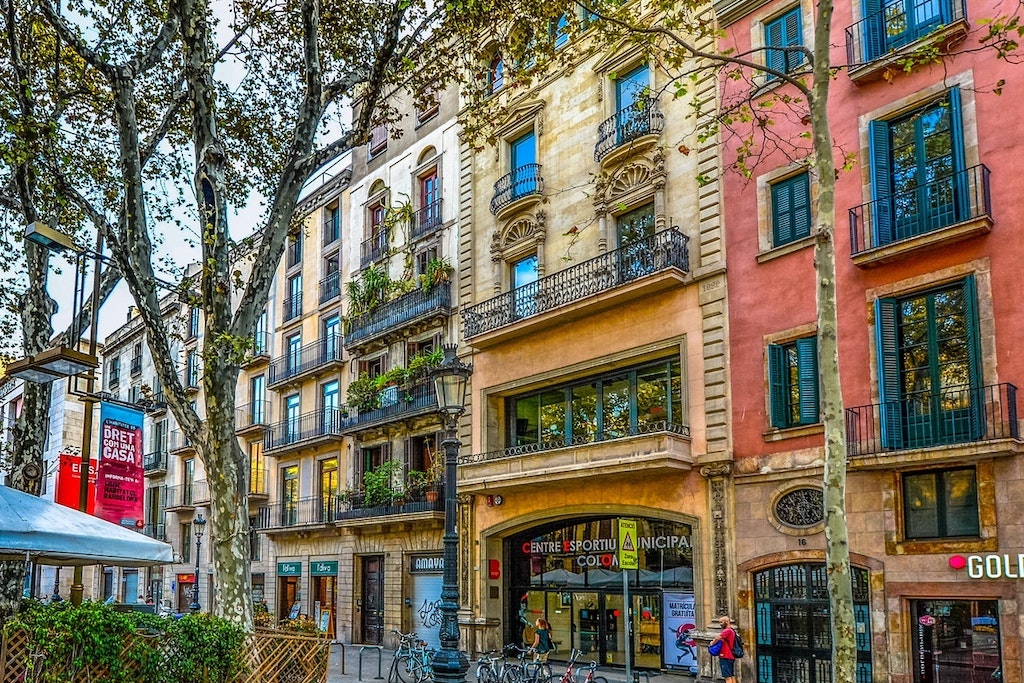 One of Europe’s great cities, visitors from all over the world are drawn to Barcelona for its stunning Gaudi landmarks, sandy beaches and tapas culture. Stay within striking distance of the iconic La Ramblas for easy access to the best of Barcelona, including the ancient Gothic Quarter, Port Vell and La Barceloneta Beach. Must see sights include Gaudi’s La Sagrada Familia and Parc Güell. We also recommend taking the cable car to the top of Montjuïc Hill for some of the best views of the city. Next year marks the 30th consecutive running of the Spanish Grand Prix at Circuit de Barcelona-Catalunya. Read more in the Spanish Grand Prix Travel Guide. 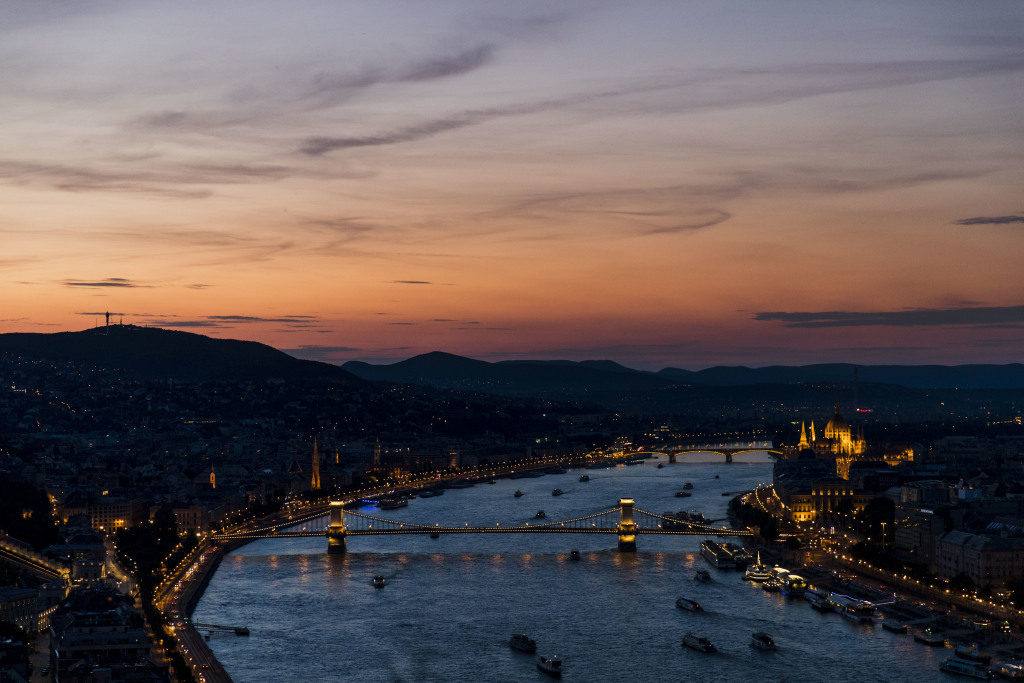 Discover one of Europe’s grandest cities at the best time of the year; the height of summer! Only Monaco and Monza can boast a longer continuous presence on the calendar than Budapest, which has been an F1 fixture since before the fall of Communism. Stay downtown to get the most out of the cheapest city on the European calendar. Take a cruise on the Danube, go swimming in the thermal baths or get lost in the city’s infamous ruin bars. We also recommend taking a ride on the Budapest Eye at dusk for great views of the city! Find out more about beautiful Budapest in the Hungarian Grand Prix Travel Guide. 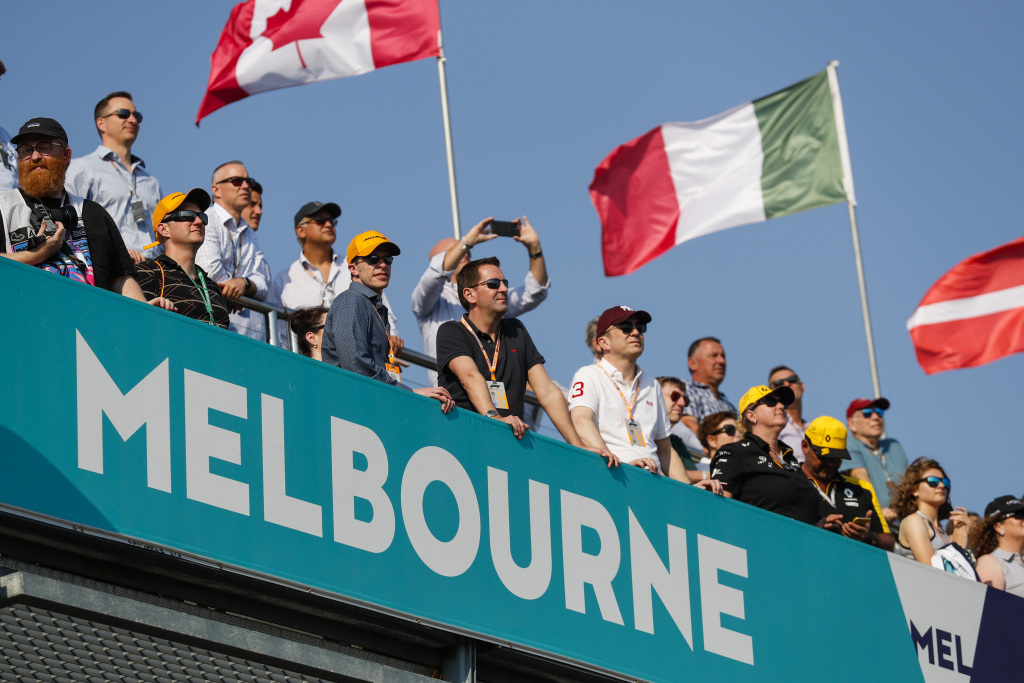 Australia’s second biggest city really packs a punch when it comes to the off-track experience. Stay in the CBD or St. Kilda for easy access to the track with free trams and proximity to the best restaurants, nightlife and cultural attractions. Shop for Australiana at the Queen Victoria Market, try your luck at Crown Casino or head up to the 88th floor of Eureka Tower for stunning panoramas. There’s always interesting concerts, festivals and other sporting events happening on race weekend as well. Discover the best of Melbourne in the Australian Grand Prix Travel Guide. 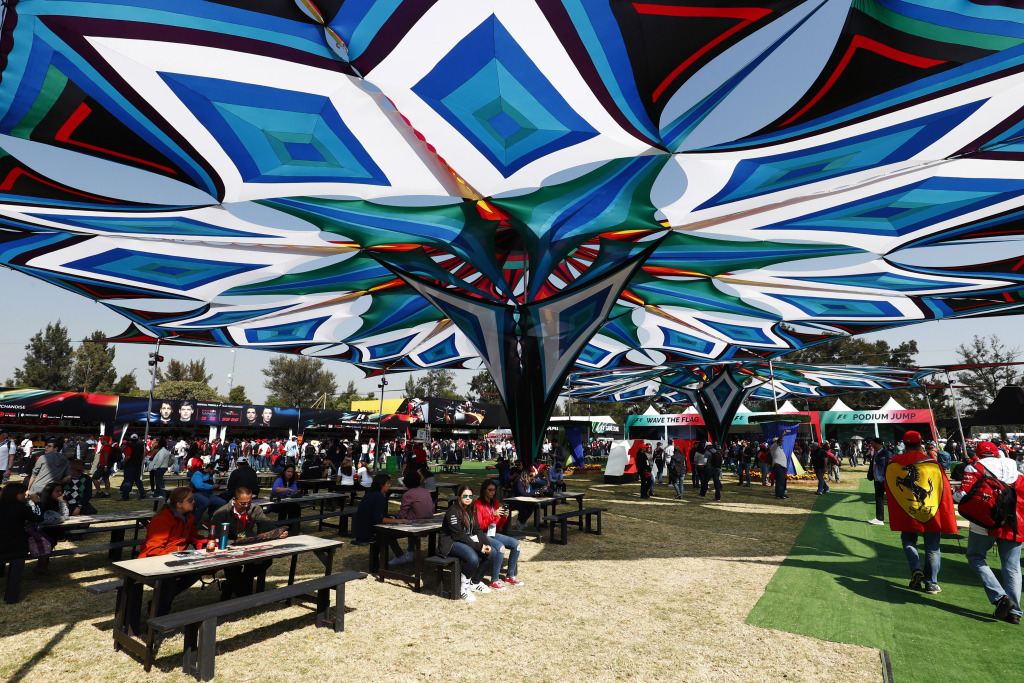 Whether you want to discover history and culture in Centro Historico or join the hipsters in Roma and Condesa, Mexico City has something for everyone. Just don’t forget to give yourself a few extra days in the Mexican capital to adjust to the altitude; the city sits at 2200 metres above sea level! Don’t be afraid to sample the street food that makes Mexico City one of the world’s premier foodie destinations. The race often coincides with celebrations for the “Day of the Dead,” a public holiday that gives the city an even more festive atmosphere. Find out more in the Mexico Grand Prix Travel Guide. 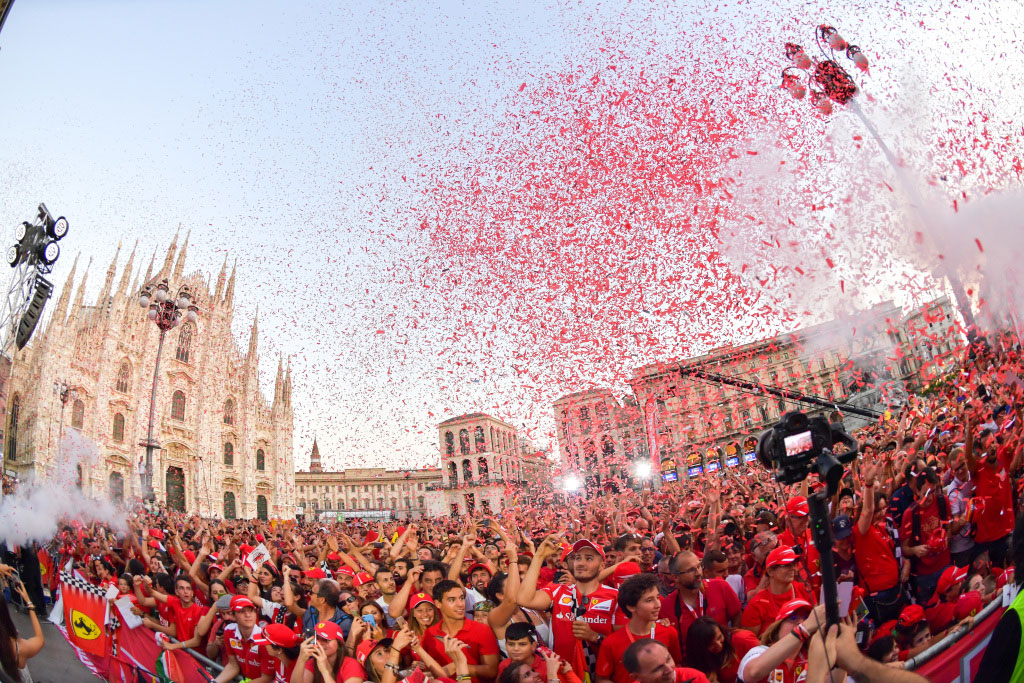 Pasta, aperitifs, espresso. You don’t go to the Italian Grand Prix for the food and drink alone, but it’s definitely one of the perks. The oldest track on the calendar is located within one of the largest city parks in Europe, but if you can’t bag a room near Monza, staying in the centre of Milan is a good alternative. Highlights include the Duomo cathedral and adjacent Galleria Vittorio Emanuele II, one of the oldest shopping arcades in Europe. By night, the Navigli canal district has some of the city’s best bars and restaurants. Find out more in the Italian Grand Prix Travel Guide. 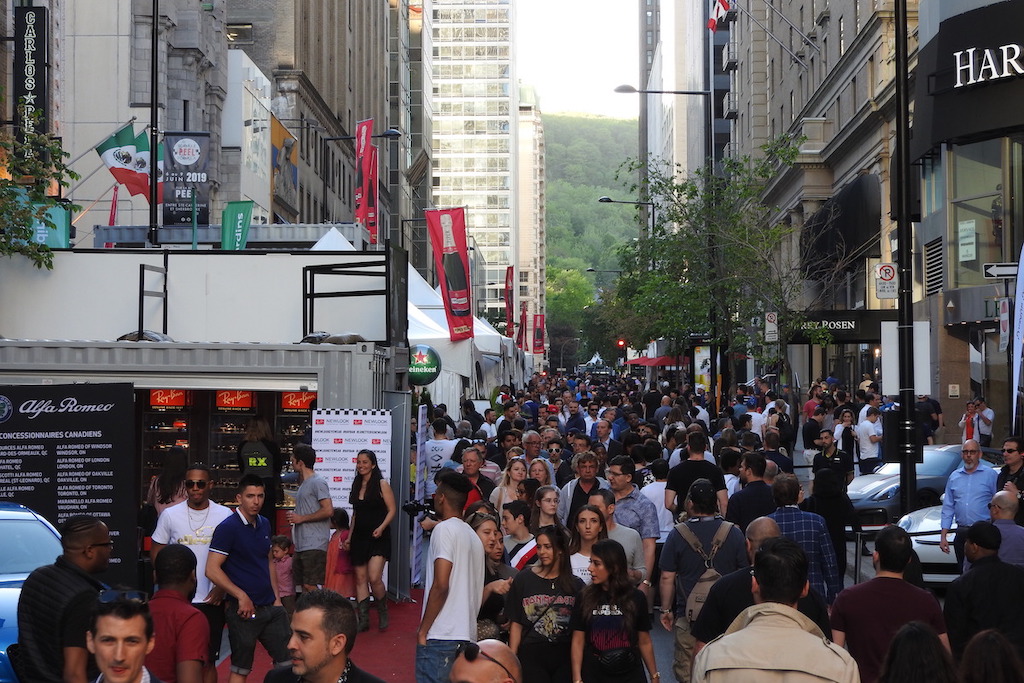 More European than North American, French-speaking Montréal embraces the arrival of Formula 1 like nowhere else in the world. The whole city comes alive with F1-themed street parties and events on Canadian Grand Prix weekend and the atmosphere at the track, just one stop on the metro from downtown, is friendly and relaxed. Check out Crescent Street for the biggest F1 party or Peel Street for a higher-end experience. Must-sees near the circuit include the biosphere at Parc Jean Drapeau and Habitat 67, a modernist housing complex. Check out the best things to see and do in the Canadian Grand Prix Travel Guide. 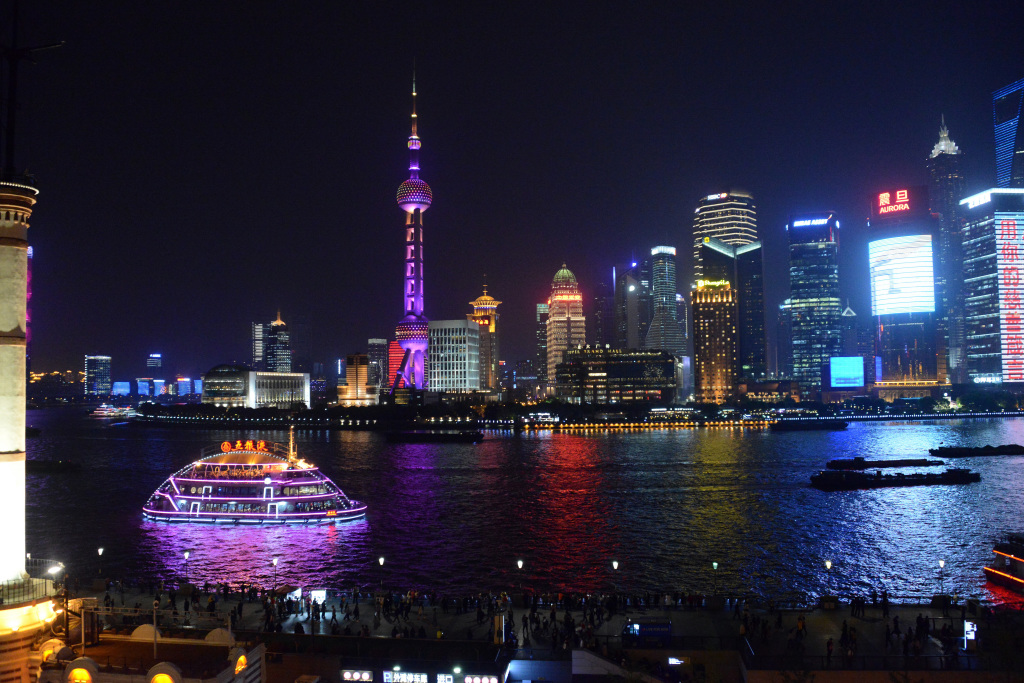 Discover the largest city in the world, where colonial history on The Bund contrasts with some of the world’s tallest skyscrapers across the Huangpu River in the Pudong district. Hit the river for a cruise or visit the observation deck on the 118th floor of the Shanghai Tower to take it all in. Go shopping for bargains (and try local delicacies) on West Nanjing Road, check out the ancient Yuyuan Garden (the last surviving Ming Dynasty garden in Shanghai) or take a walk in the People’s Park. Find out more about Shanghai in the Chinese Grand Prix Travel Guide. 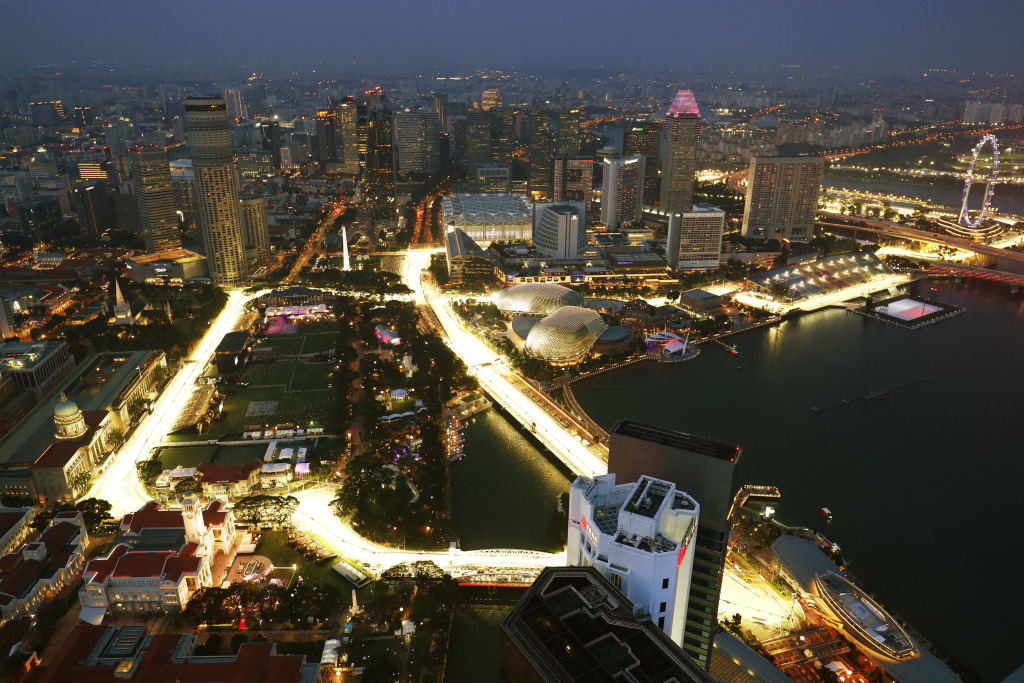 The original night race has been around for more than 10 years, but the spectacle of F1 cars racing under lights in one of South East Asia’s most vibrant cities never disappoints! Reasonably priced accommodation can be had within walking distance of the track and you can party by night and sleep (or shop) by day without missing any of the on-track action, which takes place in the late afternoon and early evening. Read more in the Singapore Grand Prix Travel Guide.

A note about this list: The Top 10 Formula 1 cities are listed above in alphabetical order. We’ve only included races within or close to large cities. Circuit de Spa-Francorchamps is a classic circuit (that we do recommend you visit at least once!), but it’s a long way from the nearest large city. Monaco also doesn’t make the list; the race does take place on the streets of the city, but the principality is very small and most fans aren’t able to actually stay there on race weekend. Hanoi and Amsterdam are due to join the F1 calendar in 2020, but we’ve left them off the list until the races take place.