What happens on a typical Grand Prix weekend?

Apart from the two-hour race on Sunday afternoon, what else do you get for your money on a Formula 1® weekend? The short answer is a lot! From pitlane walks to support racing and the F1® village, there’s plenty to keep you occupied, whichever race you plan on attending.

A typical Grand Prix weekend normally begins with a pitlane walk on Thursday afternoon, when fans with weekend tickets are given the chance to get up close and personal with the cars and teams as they prepare for on-track action. If you are lucky, you can also get your favorite driver’s autograph. The downside is that the public pitlane walks are often overcrowded.

Tip: Buy the F1® Experiences Starter Package and beat the crowds with an exclusive pit lane walk on Thursday. These packages also include a Drive the Track tour for a unique driver’s eye view.

Australia is one of the few races to have a full day of on-track action from Supercars and other support categories on Thursday, whilst Monaco is the only race to hold the first two Formula 1® practice sessions on Thursday, rather than Friday. The Formula 1® drivers get the Friday off in Monaco, but it’s still worth going along for the Formula 2 feature race around lunchtime, then staying around to do a track walk and pitlane walk in the afternoon. Nothing beats walking a leisurely lap around this iconic harbor side circuit, followed by a few early-evening drinks by the water. (Click here to buy F1 Experiences tickets packages to the 2018 Monaco Grand Prix). 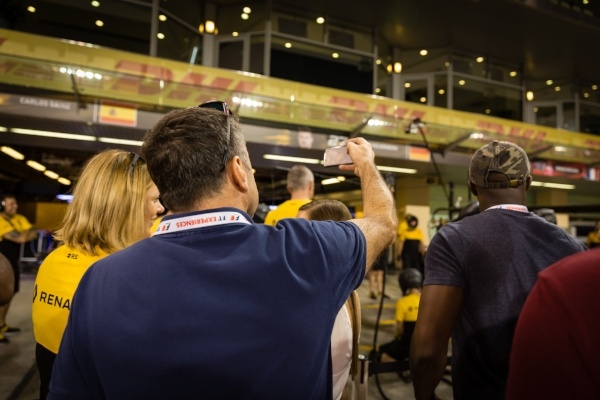 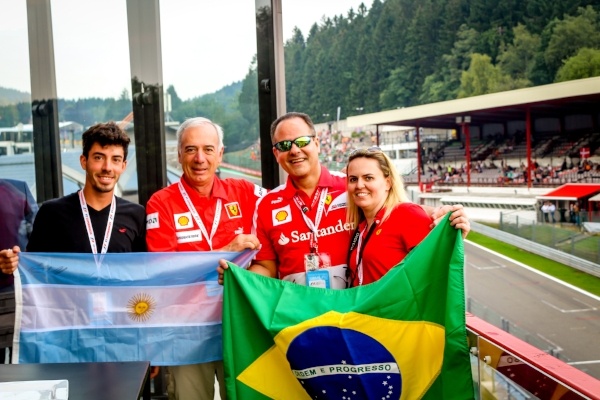 Grand Prix weekends feature around 6 hours of F1® action on the track, beginning with two 90-minute practice sessions on Friday, normally in the mid-morning and early afternoon. A third practice session of 60 minutes takes place on Saturday morning to get the cars and drivers primed for qualifying in the afternoon. The one-hour qualifying shoot-out, which determines the starting order for Sunday’s race, is divided into three sessions. The slowest cars are eliminated in the first two sessions before the top ten fight it out in the final session to see who will be on pole position for the race.

The race itself normally begins around 2pm on Sunday (later for twilight and night races, of course) and runs for 90-120 minutes. If you are lucky to have Paddock Club™ tickets or be seated on the main straight, you’ll also get to see the lead up to the race. Soon after the winner crosses the finish line, the top three drivers appear on the podium to be presented with their trophies, spray champagne everywhere and take part in some quick interviews. Most circuits open the gates so that fans can run onto the track and watch the podium celebrations. This is one of the weekend’s highlights. Recommended!

Tip: Buy a Legend package from F1® Experiences and you’ll get an up-close, unobstructed view of the podium celebrations!

The on-track schedule at an F1® race weekend always features at least a few different support categories. The best of these is Formula 2, the main feeder series for Formula 1®, which will support twelve Grand Prix weekends in 2018, mainly in Europe. The next rung down on the motorsport ladder – GP3 – will also join the bill at nine of these weekends in 2018. Both series are known for extremely competitive racing, including plenty of thrills and spills.

Both Formula 2 and GP3 hold a feature race on Saturday afternoon after F1® qualifying and a shorter “sprint” race on Sunday morning. Other support races at Formula 1® weekends include Porsche Supercup, Ferrari Challenge, Supercars (in Australia), Masters Historic and various other single seater and touring car or single make series. Racing normally begins around 9am and finishes by 6pm each day, except in Singapore, Bahrain and Abu Dhabi, which run later. 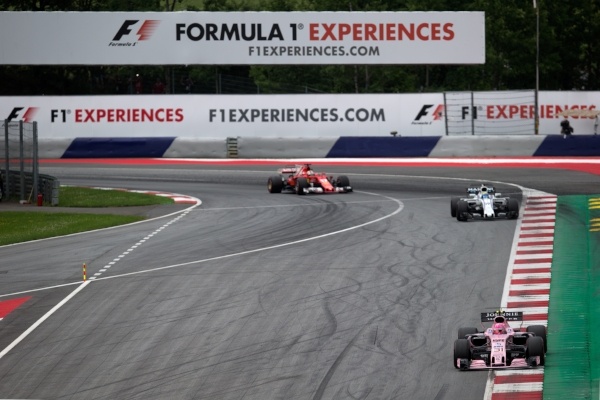 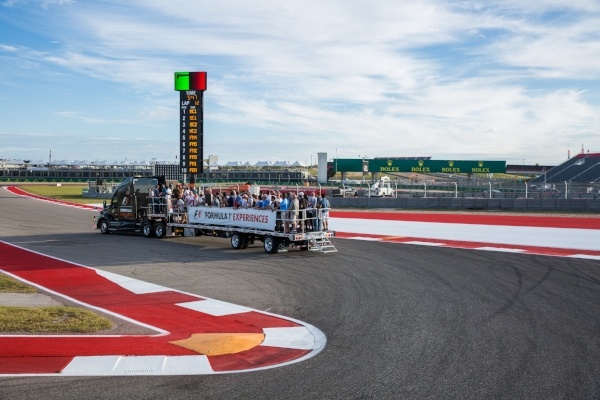 Exploring the circuit and surrounds is one of the best ways to take in the atmosphere of an F1® weekend. Head to the F1® Village (normally behind or close to the Main grandstand on the start/finish straight) to buy your favorite team’s merchandise, try your hand at simulators and other demonstrations, and watch concerts and driver Q&As on the stage.

The full weekend schedule, including on-track and off-track activities, is normally published around 2-4 weeks before the race. Save yourself a copy and plan your weekend!