Top travel tips for the Azerbaijan Grand Prix in Baku 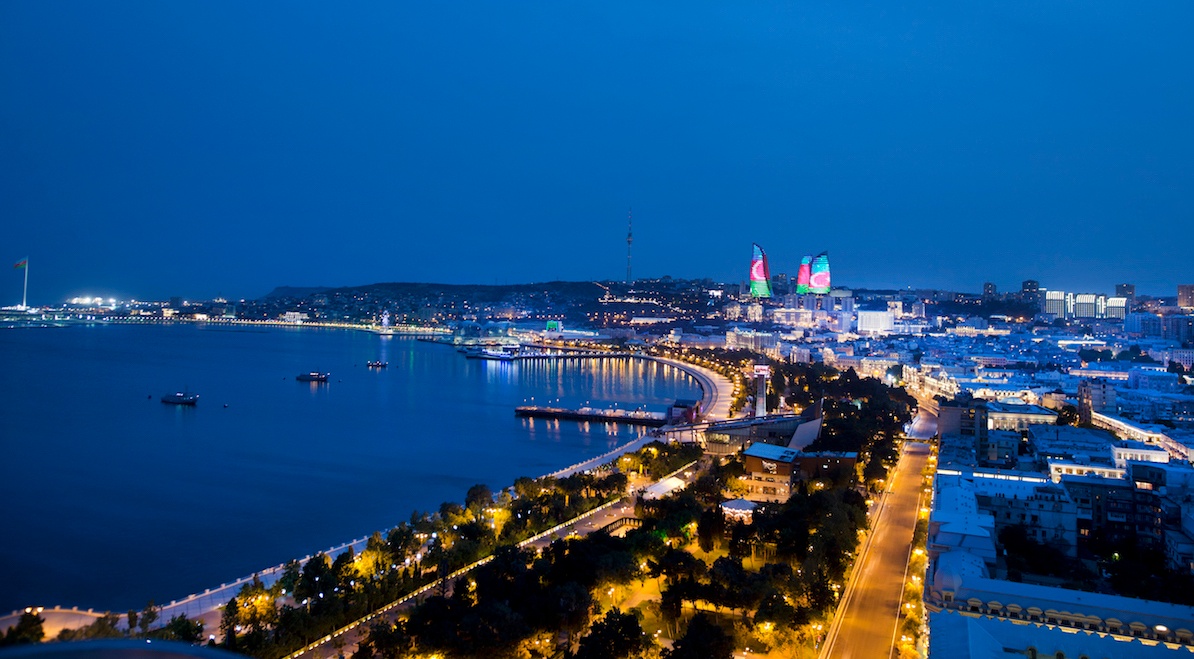 Few F1® fans knew much about the oil-rich country of Azerbaijan before the first race on the streets of Baku in 2016, but word is getting out. Located on the western shores of the Caspian Sea where Europe meets Asia, Baku offers a fascinating mix of culture, history and striking modern architecture. It may not be the easiest place to get to, but a trip to Baku is definitely worth the effort.

Get your Visa Online

First things first. Almost all foreign visitors to Azerbaijan (with the exception of Russians and citizens of eight other ex-Soviet states) need to apply for an eVisa, which costs $20 USD and should be issued within 3 working days. If you wish to stay longer than 10 days, you’ll also need to register your stay via your hotel or online (“registration upon place of stay”)

Check out the Flame Towers

Azerbaijan is known as the “land of fire” and this trio of skyscrapers (pictured above) help Baku live up to this name. Housing apartments, offices, a hotel and a Lamborghini dealership, the Flame Towers are one of Baku’s most prominent landmarks, and look especially striking when seen from the old city. Check out the view at night when the towers are illuminated by 10,000 led lights simulating flames! If you want to get a closer look at the Flame Towers, which are located on a hill overlooking the city, take the funicular from the Bulvar.

Take a Walk on the Bulvar

Join the locals for a walk along the Caspian seafront promenade (Bulvar) in the center of the city, which passes right next to the circuit and takes in many of the city’s landmarks, including the National Flag Square, Baku Eye (Ferris Wheel), Azerbaijan Carpet Museum and Caspian Waterfront Mall. You’ll also find “Little Venice,” complete with shallow waterways and gondolas rides.

Get Lost in the Old City

The walled Old City of Baku, which dates back to the 11th century, is a medieval maze of narrow streets, ancient (and more modern) buildings and tiny courtyards. The centerpiece is the Maiden Tower (Giz Galasy), which houses a museum tracing the history of Baku. Climb to the rooftop of the Maiden Tower for the best views of the city and the Caspian Sea. Another must-see in the Old City is the Shirvanhahs’ Palace complex, which was built in the 15th century and features a courthouse, burial vault, mosque, bathhouse and mausoleum.

Fans of modern architecture will be seriously impressed with Baku and the Heydar Aliyev Cultural Center is the standout. Designed with flowing curves by British-Iraqi architect Zaha Hadid and named after an ex-president, it houses various cultural exhibitions, plus an exhibition of classic cars. The Azerbaijan Carpet Museum, located on the Bulvar is another interesting slice of modern architecture in the form of a rolled carpet, and boasts the largest collection of Azerbaijani carpets in the world.

Go to the f1 Concerts

The organizers have spared no expense in signing up some big-name performers for the concerts at the 2018 Azerbaijan GP. Friday’s headliners are British funk band Jamiroquai, while Christina Aguilera takes to the stage on Saturday night and UK singer Dua Lipa plays the post-race concert on Sunday night. All the concerts are followed by DJs until the early hours. This year, the concerts move to Baku’s impressive Crystal Hall arena, which hosted Eurovision in 2012. All ticket holders receive free entry and the organizers are offering free transfers from the circuit to Crystal Hall.

Baku was once a stop on an ancient trading route from Central Asia to Europe, and Azeri cuisine today reflects the influence over time by Arabic, Persian, Ottoman and Russian cultures. Today, the food in Baku is perhaps closest to that found in Iran and Turkey. Expect barbequed meats (beef, lamb and chicken), tasty breads, fresh fish from the Caspian Sea, rice dishes flavoured with saffron (pilaf) and lots of vegetables, especially aubergine, tomato, sweet pepper and spinach. Fresh herbs such as mint, coriander, basil and thyme are also popular. The best restaurants serving Azeri cuisine can be found in the Old City. Food courts at shopping malls can also be a great place to sample the different fare on offer in Baku.