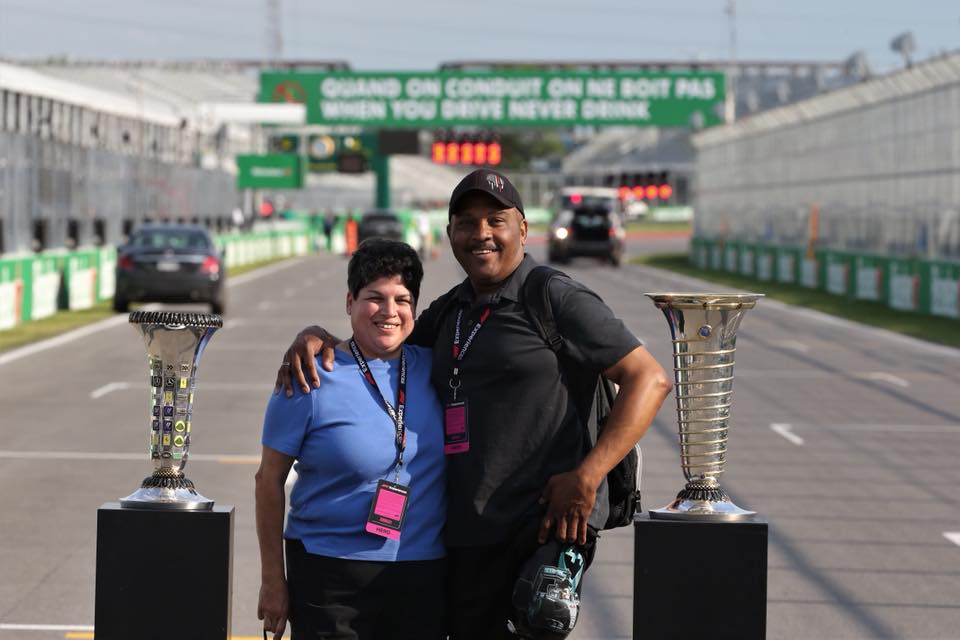 Roger Miller is a huge Lewis Hamilton fan who has been following Formula 1® in his native Trinidad for over 40 years. Find out how we made Roger’s dream of meeting his hero come true at the recent Canadian Grand Prix.

Why are you such a big fan of Lewis Hamilton?

I can't remember the exact dates, but the local TV station in Trinidad used to show junior karting series from the BBC and Lewis Hamilton was one of the front runners. Even though Lewis was roughly half my age, I had followed a similar path myself from getting my first kart at age 14 to graduating to driving touring cars and having some success. In the early to mid 2000s, Lewis Hamilton began climbing the ladder to Formula 1 and I have been following him ever since. He clearly has a knack for driving with just the right amount of passion and aggression to become a World Champion. As to his appeal to the fans, I believe that everyone feels his genuine love for family, fans and the sport. 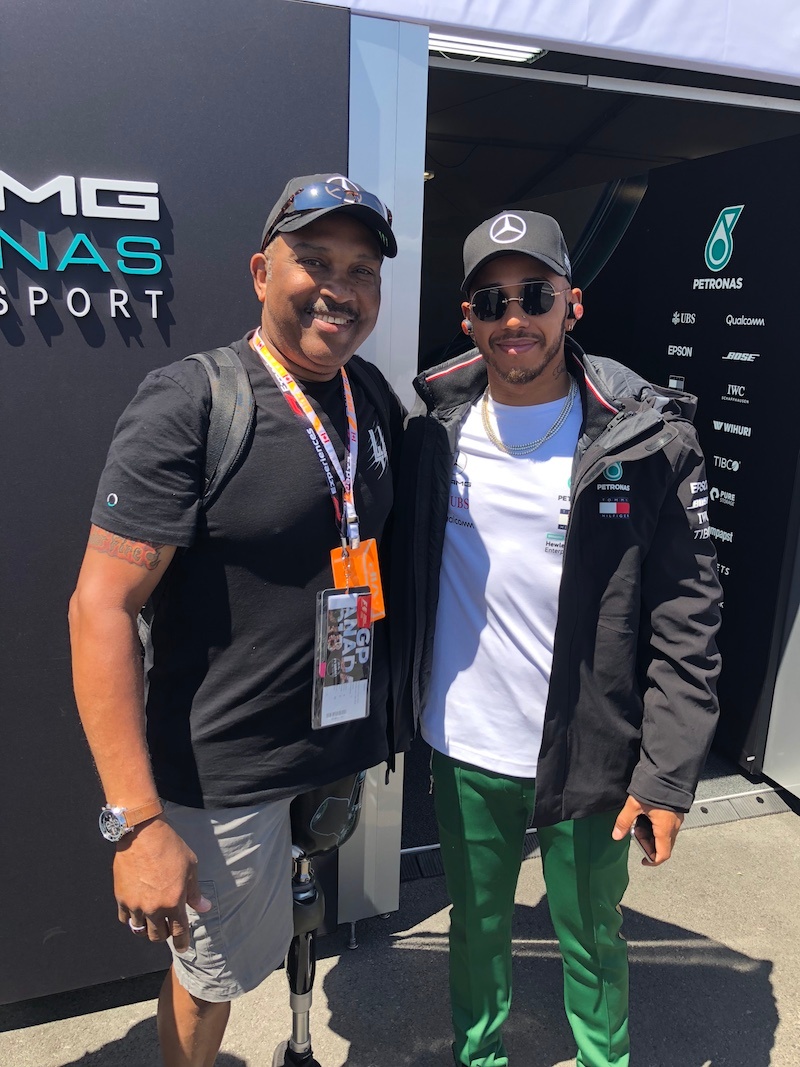 What made you get the Hamilton graphic on your leg?

I wanted to get a tattoo of Lewis on my arm some years ago, but I have a fear of needles, so it didn’t happen. When I became an amputee in 2012, my prosthetist told me I could incorporate images onto my leg socket, so I immediately ordered some small T-shirts with image of Lewis, his Mercedes F1® car and some popular hashtags associated with him; #44, #TeamLH, #HammerTime and #AMGPetronas. Now I have three legs with Lewis Hamilton graphics, including my Halloween leg for the neighbourhood kids!

How was it meeting Lewis in Montreal?

Meeting Lewis Hamilton in Canada was a dream come true. Even before he saw the image on my leg, he was absolutely genuine and polite, despite being “in the zone” ahead of the race. When he properly saw the graphic on my prosthetic leg, he stopped to take a closer look, said how awesome it was and gave me a big hug. No words can describe the feeling I had when my Formula 1 idol gave me a hug and a few minutes of his time. His smile of appreciation was so genuine. I know my Mom and Dad were looking down and smiling about it. I would like to say a massive thanks to Darragh and the F1 Experiences team for organizing this meeting.

How about the rest of your Canadian GP weekend with F1 Experiences?

The F1 Experiences on-site team were phenomenal. The whole weekend was extremely satisfying. The excitement levels began building a few days before we drove to Montreal when a FedEx delivery package arrived, which contained our tickets plus a whole stack of useful goodies for our Canadian GP weekend, including a lanyard, ear plugs, charger and Bluetooth receivers.

After checking into our hotel in Montreal, we received our agenda for the weekend and everything ran like clockwork! Our guides explained the agenda and had us all in perfect formation to begin the trackside activities! We enjoyed the support categories (Formula Tour 1600, Porsche GT3 Cup Challenge, Ferrari Challenge) and the F1 driver bobble heads that brought so much enjoyment and photo opportunities to everyone.

We stayed close to where all the downtown street parties were happening, the transfers to and from the race track were timely, comfortable and the atmosphere was extremely friendly. I have already been sharing with friends and family how amazing our F1 weekend in Montreal F1 experience was. I will absolutely be using F1 Experiences in the future and recommend them to everyone.

JOIN US AT THE 2019 CANADIAN GRAND PRIX 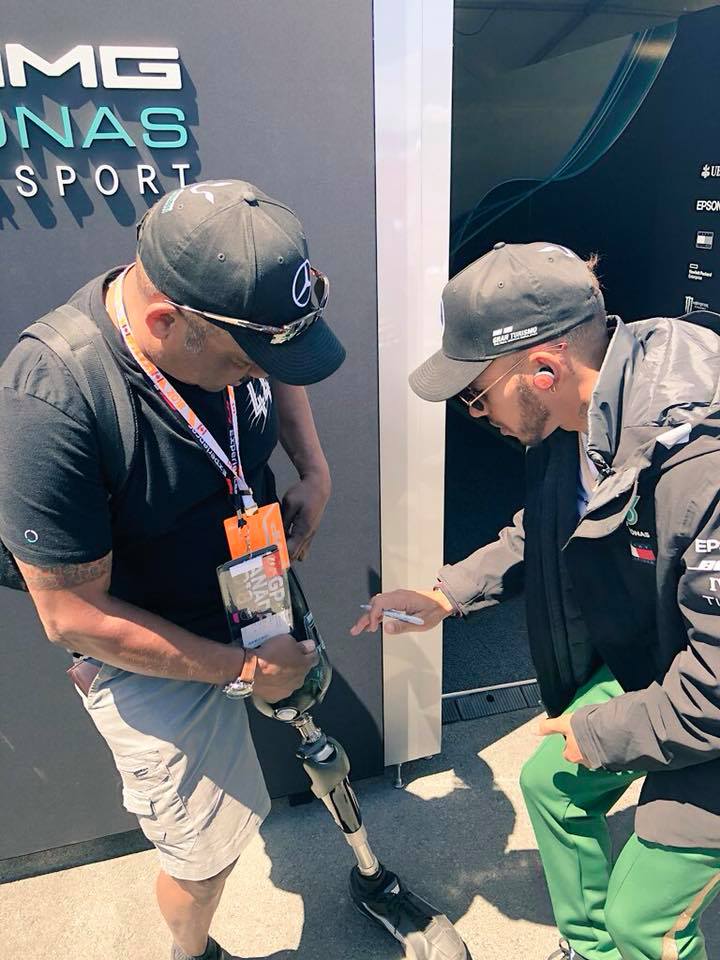 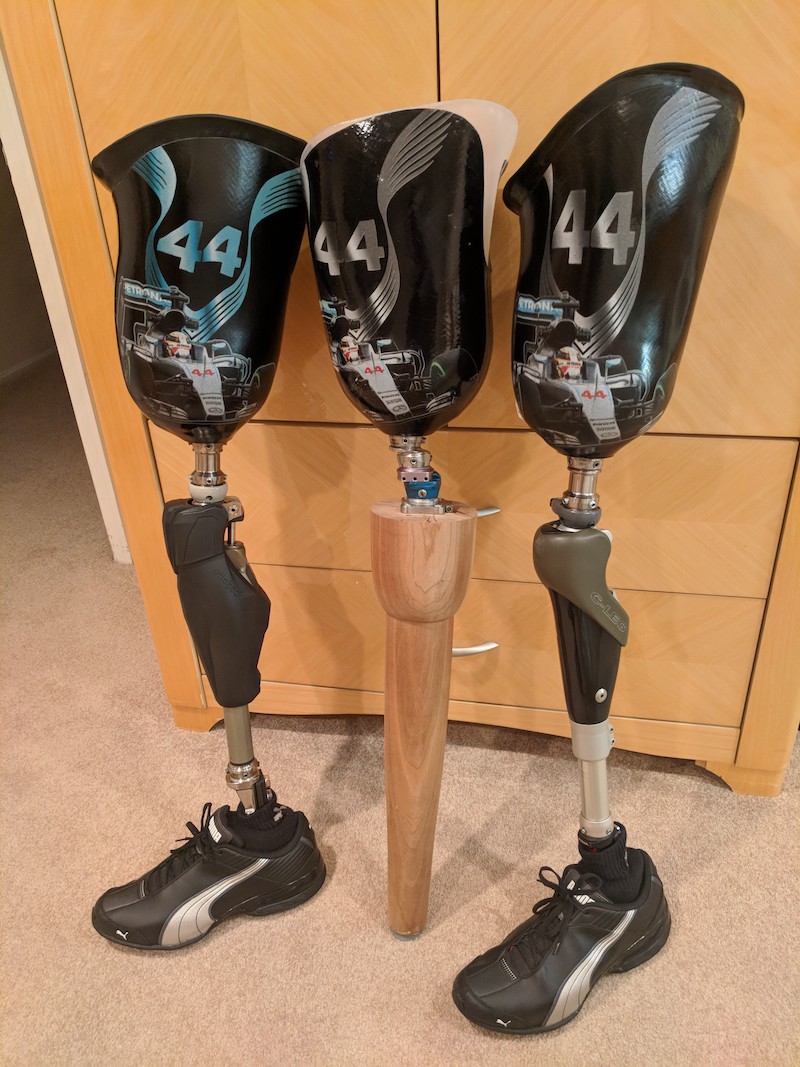 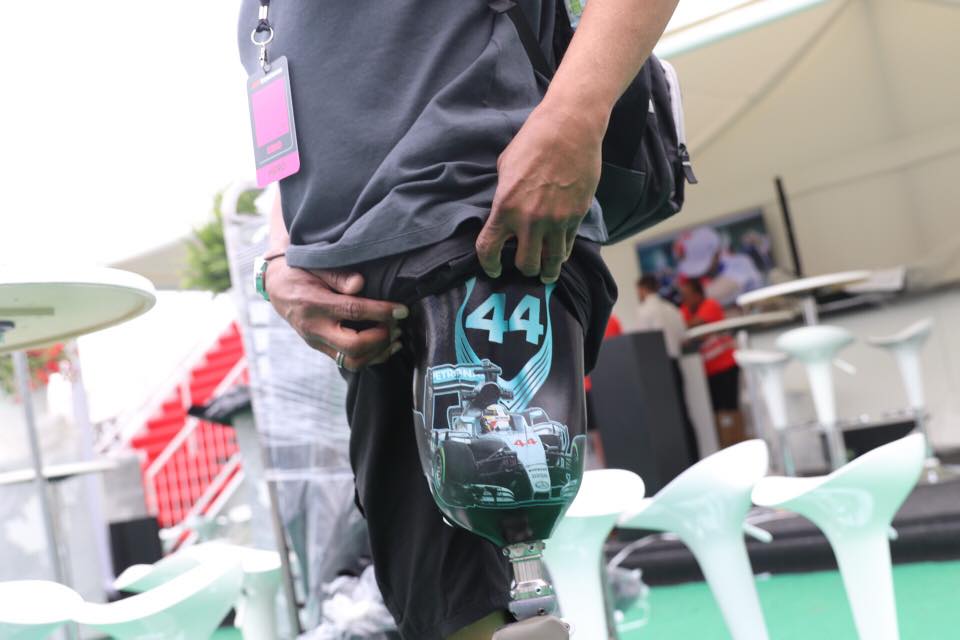 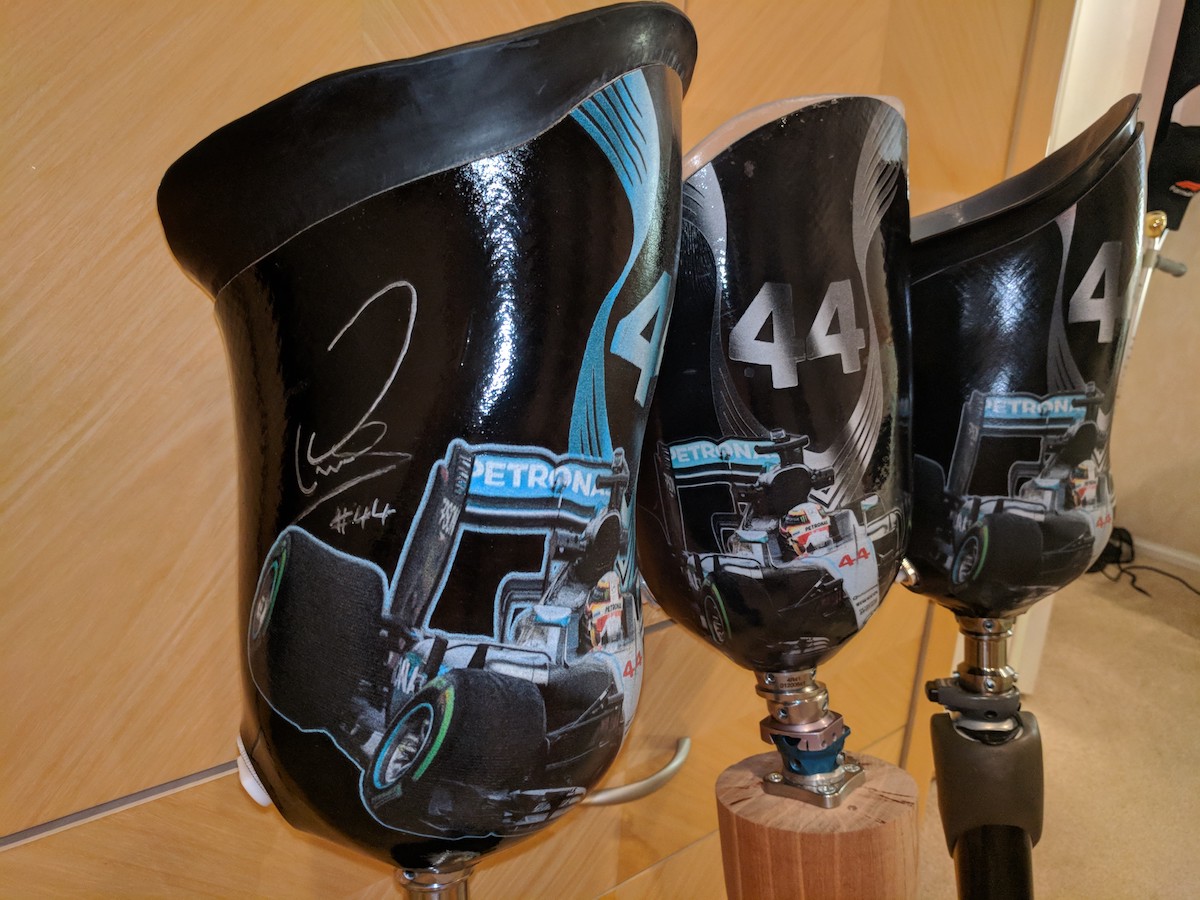