In Conversation with Kevin Magnussen

Kevin Magnussen was the special guest for F1 Experiences’ Paddock Club Reception at the 2019 Hungarian Grand Prix. Here’s what the Haas F1 driver from Denmark had to say.

Kevin Magnussen made his first Formula 1 start for McLaren at the 2014 Australian Grand Prix, finishing second on his debut. It’s still his only trip to the podium in a Formula 1 career that now spans five seasons and saw him finish a personal-best ninth in last year’s World Championship for Haas. “It’s a lot of fun being a Formula 1 driver,“ he says. “It’s a massive privilege. But for someone hoping to get to Formula 1, you have to have high expectations. I expected to get to Formula 1 and immediately win races and win championships. That’s not how it’s been for me. I scored a podium in my first race and I had a good season, but then I lost my seat and spent the next year on the sidelines. It’s been a real rollercoaster. I’m now in a good place where I can really develop as a driver, gain experience and have fun. And still get good results once in a while!” 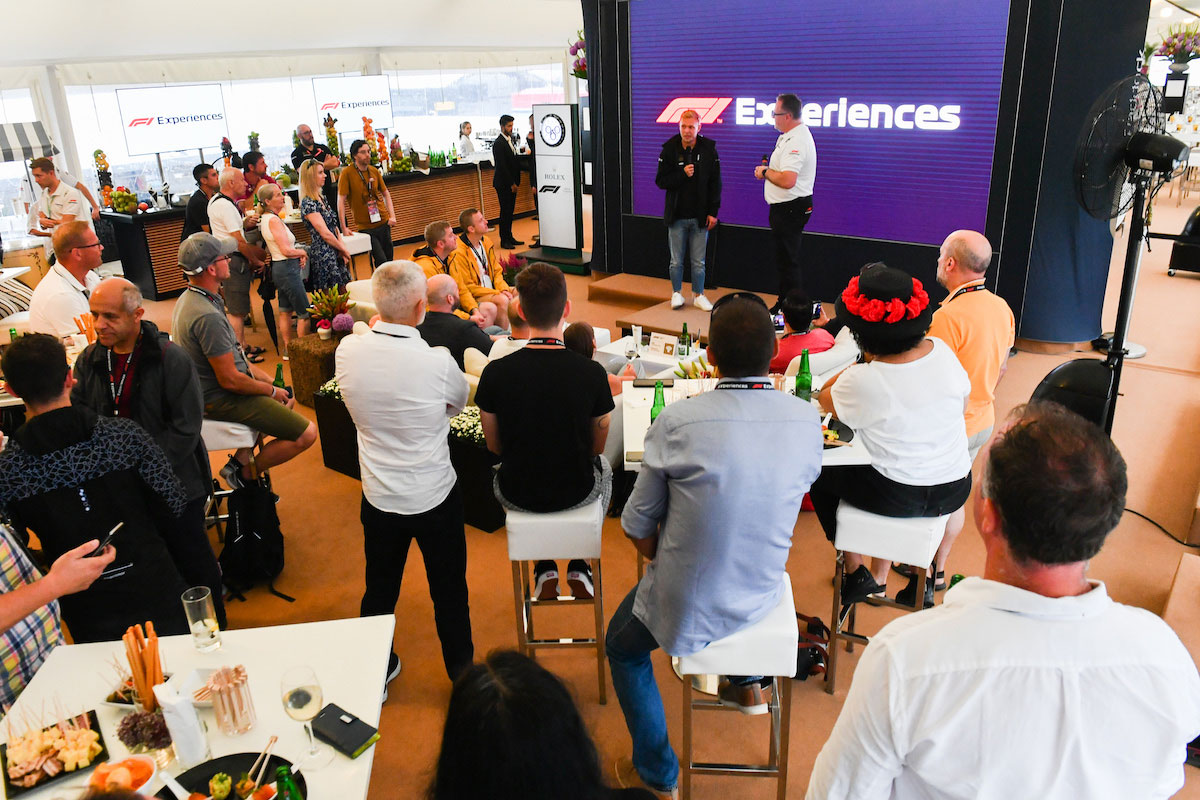 Were you destined to follow your father into Formula 1?

My Dad was a racing driver when I was born – he was a pretty young Dad – and is still a racing driver. He was only finishing karting when I was born. Then he made it all the way to Formula 1, where he drove for one and half seasons. [Jan Magnussen drove for Stewart in 1997 and 1998.] I got my first go-kart when I was two years old. My uncle started taking me to the go-kart track every other day and I just loved it. I started putting pressure on my Dad to go racing more. Even karting is expensive, I was pushing him to pay more. I was picked up by McLaren a few years after that, luckily. I did a few seasons in the junior categories and they took me on as a race driver for the team in 2014.

How does it feel to be the only Danish driver in Formula 1?

Pretty good! I’m not one of the top drivers and I come from a small country, yet I see a lot of Danish flags. It’s good to see. It’s amazing how many Dutch fans there are; they have a top driver winning races, but they are still a small country. It’s interesting to see how some countries really get behind their drivers and others don’t. Denmark is a really supportive country. I’d really like a race in Denmark. It almost happened but looks like will be a little bit difficult now. [F1 was in talks with Copenhagen about a street race, but the idea has cooled due to a lack of support from the municipal authorities.]

How was it on track today?

Good. We’ve been a bit up and down this year. Some weekends we are good and some not. Even during the weekend sometimes, we are good in one session and drop off in the next. It’s always difficult this year with expectations. But we were good today, so we’ll take that. [Magnussen was P5 in the first F1 practice session at the Hungaroring]

Do you enjoy driving the Hungaroring?

Yes, it’s a cool track. Very busy. You don’t get a lot of time to rest. It’s kind of like a go-kart track in many ways, because there’s always another corner. It makes it difficult for overtaking. This could be an advantage for us if we qualify well and our race pace isn’t good. 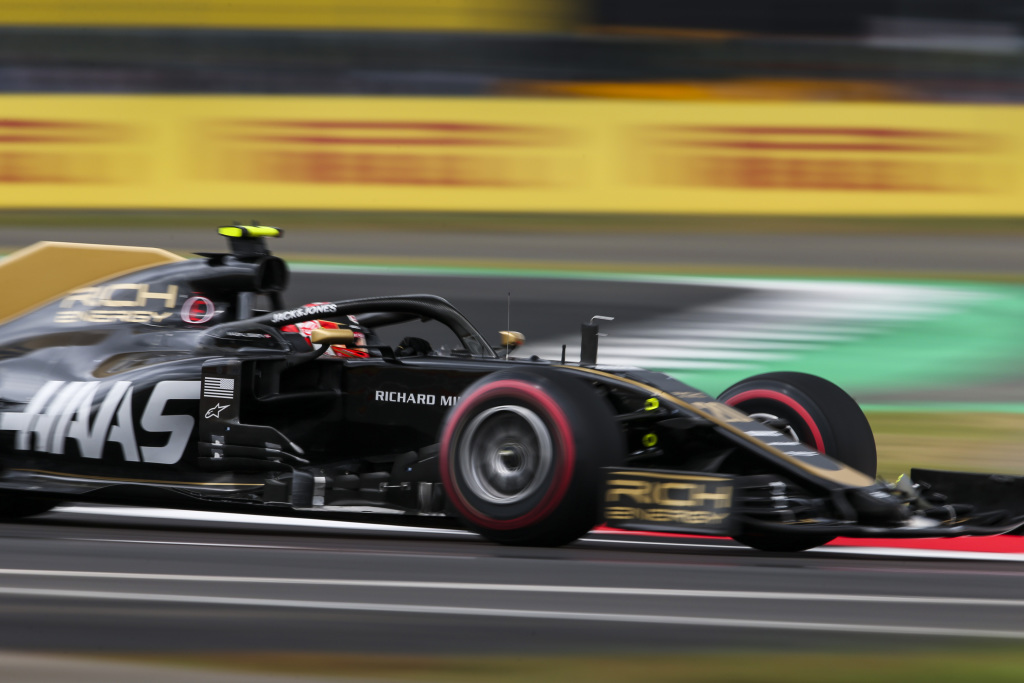 What’s going on with Haas car this year? You’ve been up and down.

We introduced some updates to the car in Barcelona and then again at Hockenheim. In Barcelona, we didn’t really see any gains. It wasn’t much faster. We thought we would see improvements at the next race, but it never really picked up. At some point, after struggling we went back to the original spec with one car, for Romain. He liked it a lot. I wanted to try it as well, but I need to stick with the upgraded car so we can compare and find where the problem is. The upgraded car should be better. All the simulations, wind tunnel numbers say it should be better. It’s a tough one. When the new car is working, it’s good. We just need to get it working every time.

Tell us about Haas makes their car, and why this is different.

We get a lot of parts from Ferrari directly. Around half of our car comes from Ferrari, so we only need to develop the other half. There’s a lot of people [other teams employ] that we don’t need. For example, the steering wheel. It’s a very pretty complex piece of kit. We get that directly, so we don’t need to spend time and resources developing that. Dallara also makes our parts. They are a race car manufacturer, not a team. They make the cars for Formula 2 & 3, Le Mans and IndyCar. We have a few people that design our parts and then Dallara produces them. We bring them to the race, put them together and go racing. It’s a different way of doing things. The other teams design and develop more of their cars in house.

It’s not good when we hit each other on the track, but it’s funny to see how these things spin out of control with the media, making it look like we have a massive war going on within the team. The reality is that Romain and I get on well. We race hard on the track. We both got a puncture at Silverstone; I was on the outside and Romain hit me a little bit on the wheel. It wasn’t a bit impact. The punctures were unfortunate and cost the team a potential points finish. We had a pretty angry team boss. He swore a little bit. The only reason we think about it now is that we get asked about it all the time.

How did it feel driving in the wet at last weekend’s German Grand Prix?

When it’s really wet, especially in the first few laps when everyone is together, you literally cannot see anything. You might as well close your eyes. It’s really scary when you are going 330km/hr and you cannot see anything. Eventually you see the flashing red lights on the back of the cars in front, so you hit the brakes and wait for the corner to appear. Generally, when you are driving, you are not feeling scared at all. You are calm, focused. Then this happens and you can’t see anything, it’s not like it happens slowly. Suddenly, you can’t see anything; you feel a bit of nervousness. It’s also an opportunity, because no one else can see anything. They are probably lifting off, so if I keep it flat, maybe I’ll gain some time.

Do you see a female driver making it to Formula 1 in the future?

There’s an increase of interest in women driving. The W Series is probably going to feed into younger kids getting into karting. F1 has been a male-dominated sport forever, so it’s interesting to see this change. I don’t see why not.

I’d say Japan [Suzuka] is a really cool circuit. Also, Silverstone. I also like the street circuits like Monaco and Baku. A lot of the tracks these days are getting a little bit boring with the big run off areas. The walls are getting further and further from the track, which makes it feel a bit like driving around a car park. The tracks that still have that element of danger are more exciting. Suzuka, Silverstone, Spa and Baku also have really high-speed corners; F1 cars have so much downforce, so they are more extreme at high speed than at low speed. Tracks with constant high-speed corners are cool.