Luc Mayor is a respected Formula 1® journalist from Switzerland who has attended more than 500 races in a career spanning 30+ years. He’s also been working with F1® Experiences since its inception last year. We caught up with Luc in the Belgian Grand Prix Paddock. 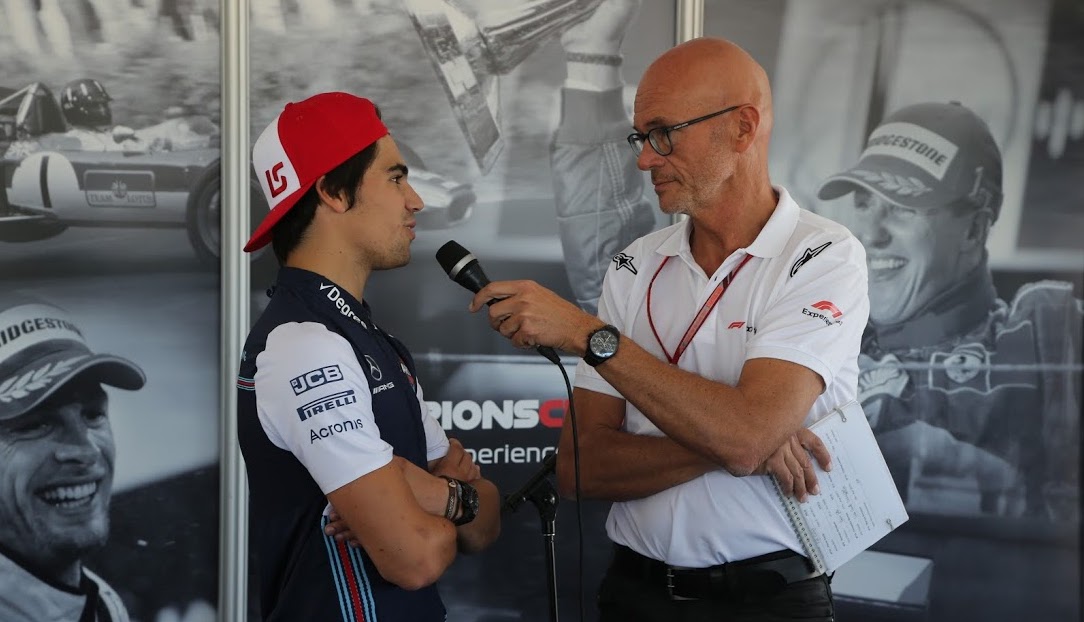 What was the first F1® race you attended?

My first race was the Swiss Grand Prix in 1982, which was held at the Dijon circuit in France. I was 19 years old and didn’t have my own car, so I took the bus. The bus arrived at the parking lot half way down the straight during the F1® warm up on race morning. The noise was deafening and I thought it was fantastic. I ran to the fence to watch the cars passing. It was an unforgettable experience. I was a fan of Keke Rosberg at the time and he won the race. It was his only victory in the year he became World Champion.

How did you begin working in Formula 1®?

Before the 1985 F1® season, I contacted every newspaper in Switzerland asking them to publish my articles. A very small newspaper agreed and they gave me credentials. I was officially a journalist, but I had to pay my own way and didn’t receive payment for my articles. At the end of the year, armed with the stories I wrote for the first newspaper, I went to see the larger newspapers in Switzerland. One of them agreed to pay me. That’s how I became an F1 journalist in 1986.

How does your typical Grand Prix weekend look now?

I work with F1® Experiences on Thursday and Friday evenings for the Drive the Track tour and Insider Access to the F1 Paddock. I do the commentary for Swiss TV for qualifying and the race and I write articles for the Swiss daily newspaper, Le Matin, which is based in Lausanne. I also write a Formula 1® yearbook at the end of the season, which I’ve been doing for almost 30 years.

Yes, the first edition was published in 1996. At the time, no books about Schumacher had been published in French. I went to see his manager, Willi Webber, and said I would like to write a biography of Michael. He said he didn’t mind, because it was a six-figure deal and he was already thinking about eight-figure deals. I’ve published six editions to date. Bookstores asked for a new edition after Michael’s accident, so I added a new chapter. I did wait till two years after his accident to do this, I didn’t want to be seen to be taking advantage. 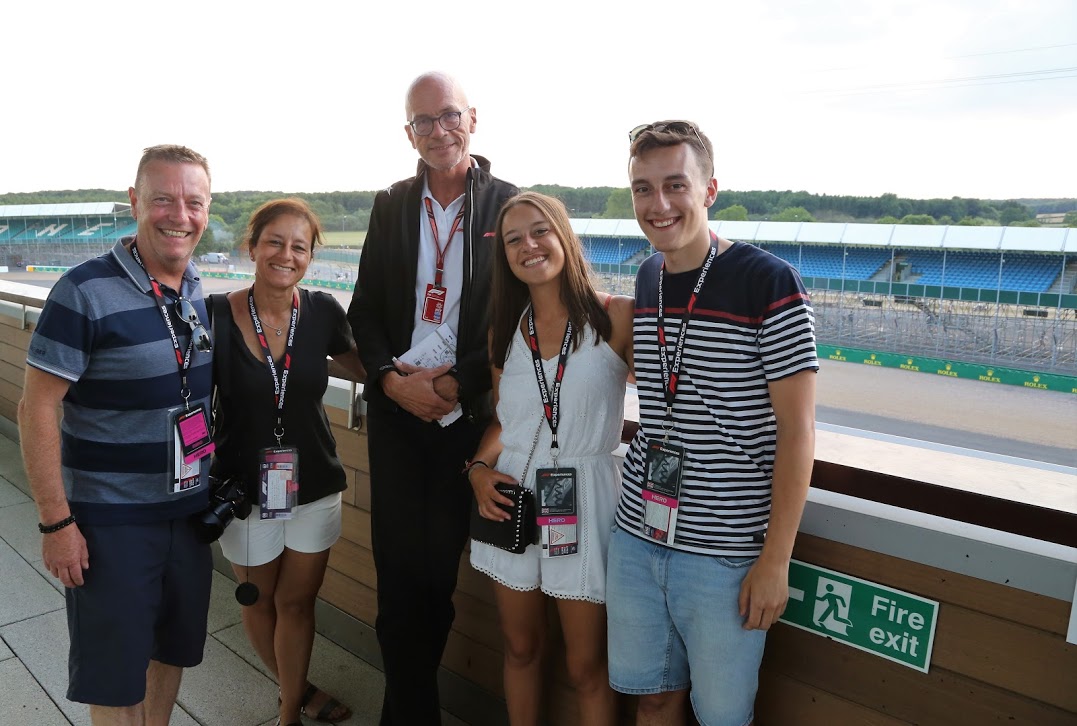 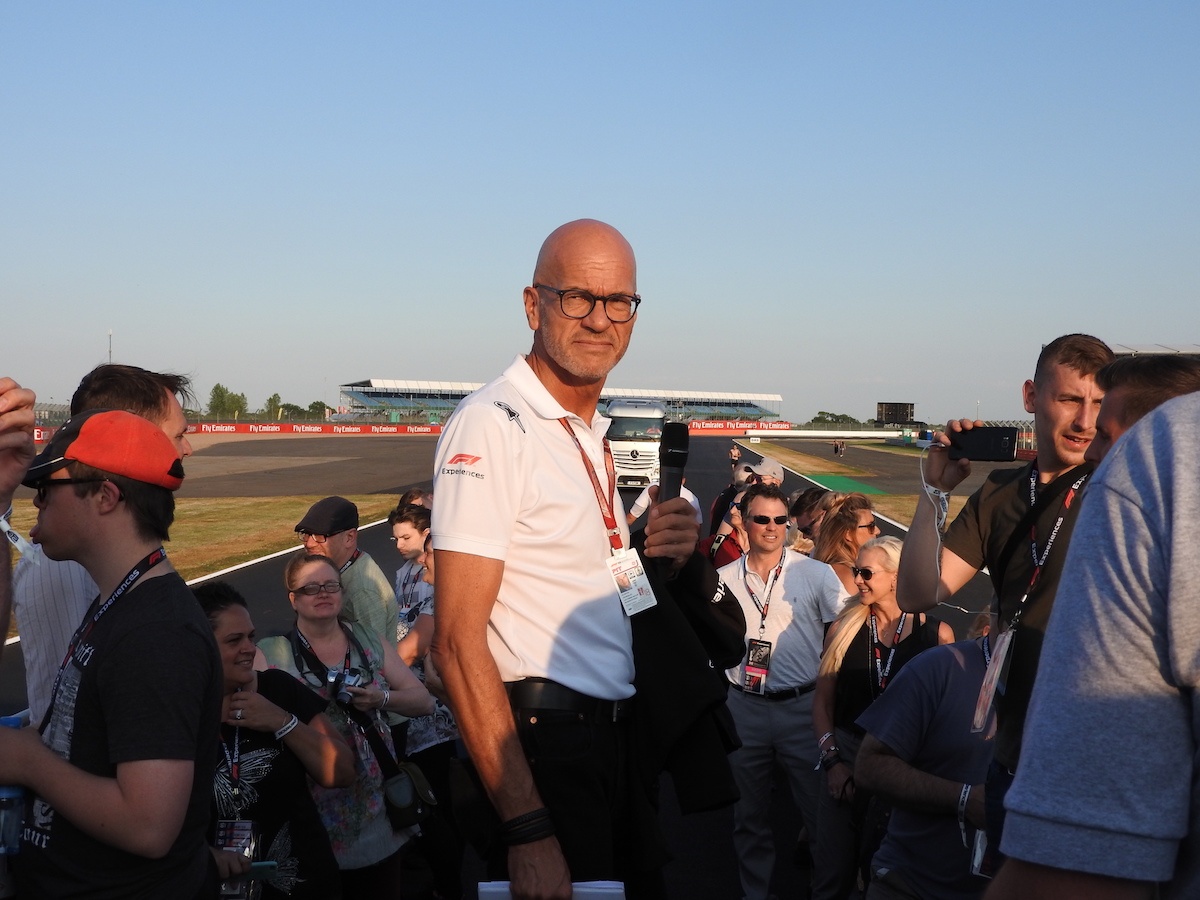 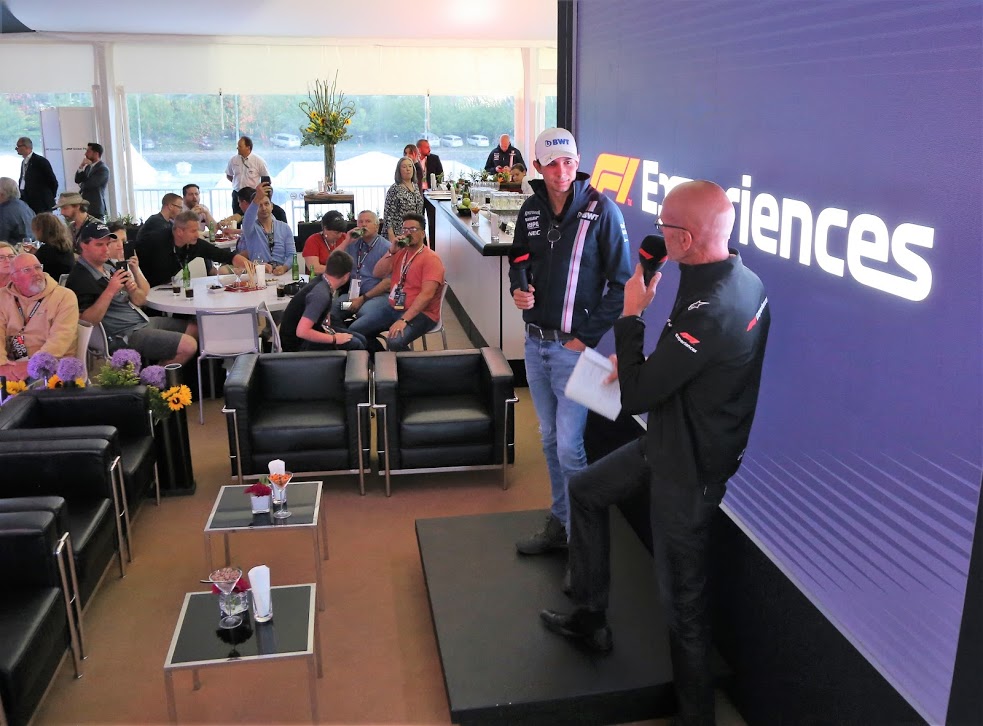 What do you think about F1® Experiences?

I’ve been involved with Formula 1® for over 30 years and nothing like this has ever existed. Giving the real fans the chance to enter the Paddock and go behind the scenes is something unique. This kind of access was so complicated when Bernie Ecclestone was running the sport. All of a sudden Liberty Media arrived and a few weeks later, a deal was done!

Are you happy with the changes in Formula 1® since Liberty Media took over?

Two years ago, we were all wondering who Liberty were and did they know what they were doing. Now, I think everyone is happy, except Mercedes and Ferrari, because they have an advantage [from the distribution of F1® prize money] that they may lose. We have only seen slight changes so far; the Paddock is still very much the same. More changes are coming and it is about time! Formula 1® has existed for 68 years; it has to change and it has to adapt.

Melbourne. I love it. It’s so far away from Europe that we feel relaxed. Your phone is not ringing during the day. I have an additional 10 hours to write my story for the newspaper. I can go to the restaurant and quietly write my stories. The setting is also nice. Good weather, friendly people. The Australians are very relaxed people.

Which previous F1® circuit would you like to see return?

I used to love Brands Hatch in the UK. It’s too small and the track is too narrow for modern F1®, but the setting and the downhill sections were fantastic. Some of the best turns in Formula 1® were there and the racing was fantastic.

Are you a creature of habit at race weekends?

That’s the magic of Formula 1®, for me. It’s the only job where you have regular habits in 21 different places around the world. Take Monza for example, I stay in the same hotel at a place called Arcore, which is near the back entrance of the circuit so we can avoid the awful traffic jams. We always eat in the same restaurant there, Albergo Ristorante Sant'Eustorgio, which has a nice outdoor terrace. I have the same habits; stay in the same hotel, visit the same bars and restaurants, but in 21 places around the world! You live in that city once a year. It’s fantastic.