Highlights of our Q&A with 1980 World Champion Alan Jones

Speaking with James O’Brien in the Champions Club last weekend, the 1980 World Champion and 12-time Grand Prix winner, who has a reputation for speaking his mind, touched on everything from his first race victory to meeting Enzo Ferrari and how to improve the current state of Formula 1. 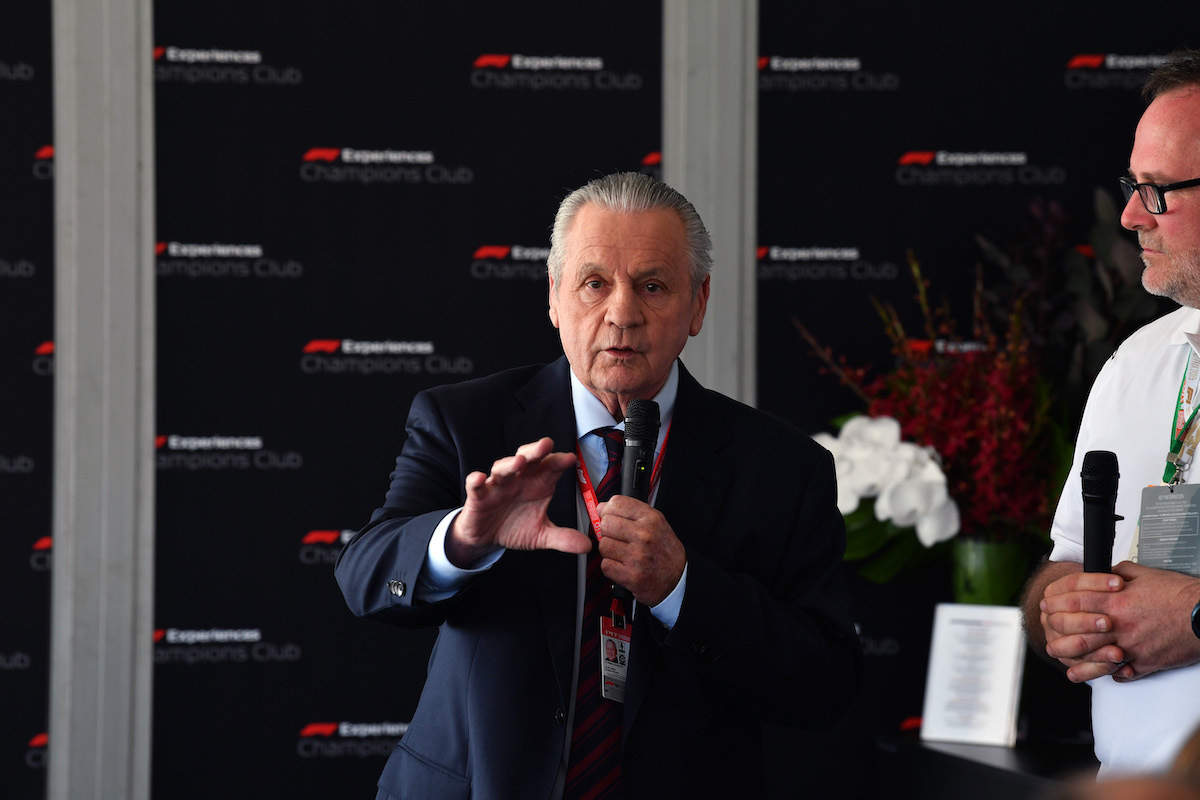 On becoming a Grand Prix winner

My first win was the 1977 Austrian Grand Prix. I was in a Shadow, which wasn’t a very competitive car, but it was a wet race. I’m a great believer that you can make up for a poor car in the wet – it’s a great opportunity for a young driver to show his talent. But to say that they weren’t expecting an Australian to win the race is an understatement. They didn’t have the Australian national anthem ready. Some drunk guy played happy birthday on a trumpet. It still sounded bloody good to me!

On almost driving for Ferrari

I had a phone call in 1977 from Luca de Montezemelo, who was Ferrari’s Team Manager at the time. He asked if I would like to drive for Ferrari. I said, well OK. He asked me to come and meet Mr Ferrari, but we had to keep the meeting a secret. If nothing else happens, I thought, at least I’ll get to meet Enzo Ferrari. When I flew into Milan, I was met at the airport by some Ferrari employee, all dressed up in team gear. I though it must be the Italian way of keeping it secret!

We went to Fiorano, where Mr Ferrari had his office inside this house in the middle of the circuit. These big doors opened and I was invited in to Mr Ferrari’s office. He asked me the questions I had been warned he would ask: “Why do you want to drive for Ferrari?” Because I think you are going to build me a car that will win the World Championship. “Would you be prepared to live in Italy?” I’d live in the North Pole if I could drive for Ferrari.

It turned out that Ferrari were looking for a North American driver to help with sales over there, and that they were talking to Mario Andretti. “If we can’t get him, you are next in line for the drive.” In the meantime, I was talking to everyone else, including Williams. I physically had the Ferrari contract in my hand, knowing that if Andretti didn’t sign, the drive was mine. Soon after, I picked up a copy of Autosport and there was the headline; Andretti had signed for Ferrari.

Immediately, I got on the phone to Frank Williams and told him I wanted the drive. We agreed a deal, but he told me we had to keep it a secret. I thought, here we go again. In 1979, Patrick Head designed the FW07, a ground effects car that turned out to be a real weapon. By then, I was outqualifying the Ferrari regularly. I used to give them a bit of a wave as I drove down the pit lane. I may have only used one finger, but it was still a wave. What goes around comes around. It’s karma. 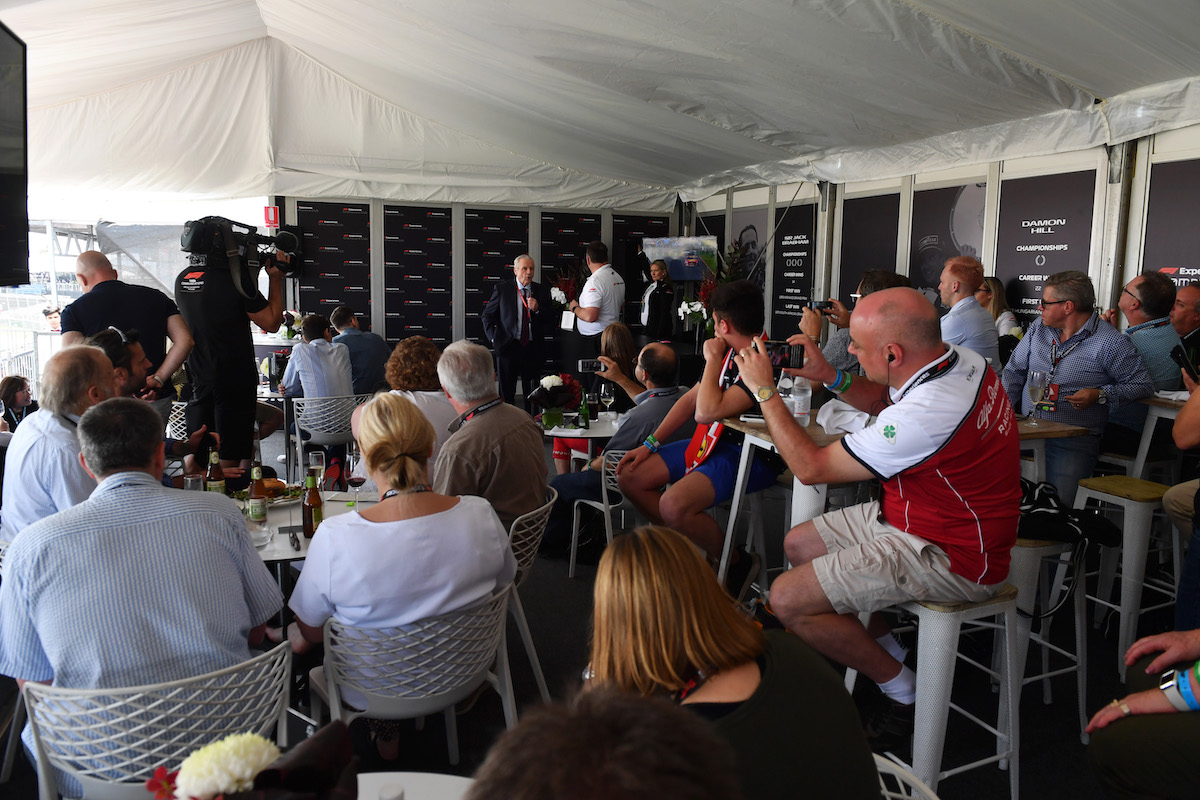 On winning the 1980 World Championship

When I joined Williams, they didn’t have a reputation for being front runners. It was a young team and we all grew together. [The 1980 World Championship] went down to the wire in Montreal. I won the race and the World Championship. I remember breaking down a bit in my helmet on the way back to the pits and saying to myself, “Come on, pull yourself together. You’re an Aussie, you can’t get up on the podium crying!”

On the current state of Formula 1

I disagree with a lot of the penalties today. There are two World Championships; one for constructors and one for drivers. If the driver does something wrong, penalise him. If a car has a mechanical problem, penalise the manufacturer. Why should the driver be penalised for something mechanical that is no fault of his own?

I’ll give you a scenario. Mr. & Mrs. Smith from Australia decide they are going to the Monaco Grand Prix to support Daniel Ricciardo. They have booked their expensive grandstand seat, expensive hotel. But the race before Monaco, Ricciardo has a gearbox failure. Nothing to do with him, but he is now starting at the back of the grid in Monaco due to the penalties. Poor Mr. & Mrs. Smith have travelled half way round the world to watch their hero in a race they know he has no chance of winning. It’s not fair on the spectators. Penalise the driver financially or with points, but let them start where they qualified. That way the spectators haven’t been penalised. It’s common sense.

The cars are also too aerodynamically dependent. There’s no point a guy coming in after 30 laps and saying he couldn’t get past the car in front because he was taking my air away. You should be able to get up nice and close behind someone and take the opportunity to pass when it comes. Take all the nonsense away and make the cars more raceable.

Get Champions Club Access at select races in 2019 to benefit from premium trackside viewing, VIP hospitality and appearances by some of the biggest names in Formula 1.

JOIN US IN THE CHAMPIONS CLUB