Ahead of his appearance with F1 Experiences at the upcoming United States Grand Prix, we caught up with the legendary Italian-American driver Mario Andretti to talk about his incredible career at the pinnacle of motorsport. 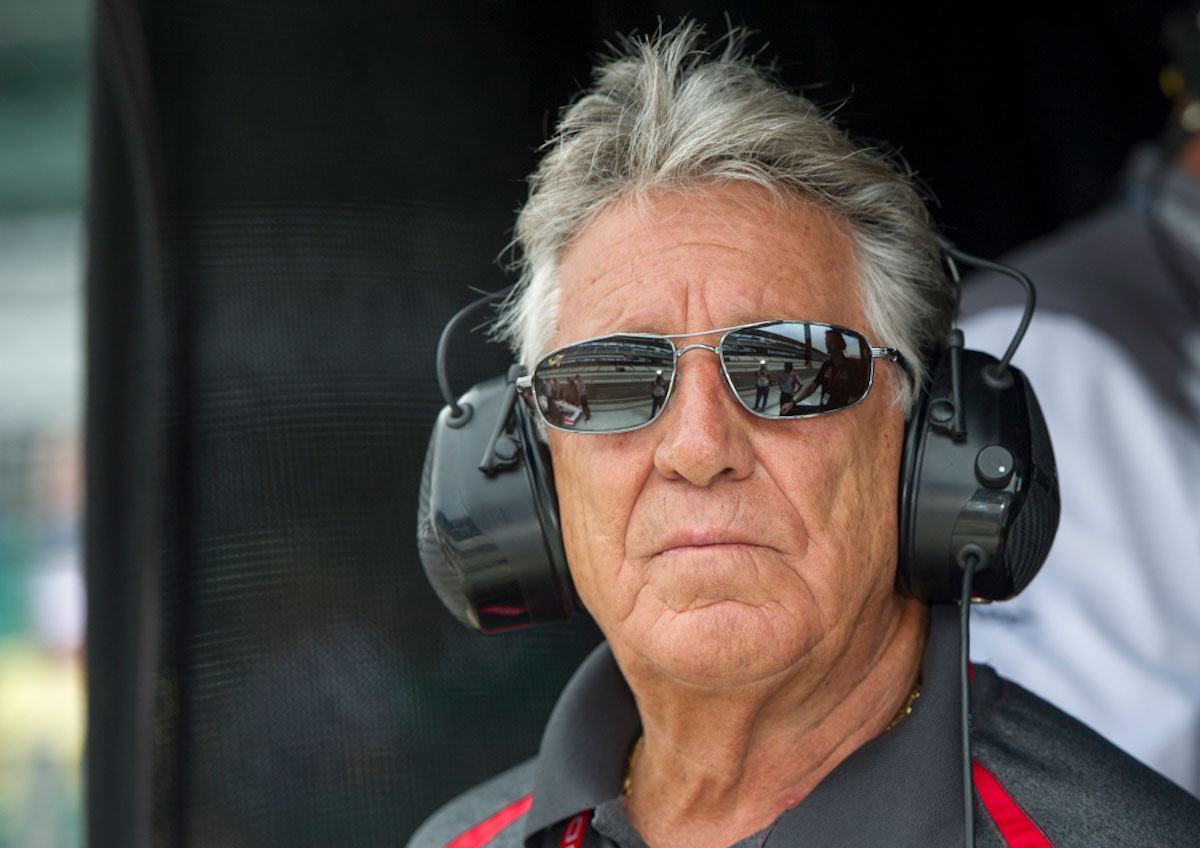 You were a well-known and established driver in the US when you made the move to F1. Why not just stay? Why move to F1 and start almost all over again?

It wasn’t like I suddenly decided to make the jump to F1. I had been cultivating my F1 career since 1968 and had already won a few F1 races before deciding to do it full-time in 1975. In the US, I already had three national championships. To want a chance at Formula 1 was not so unusual.

What do you think and feel when you reflect on the day in 1978 when you became World Champion?

My championship came in a very unexpected and bitter way. It was such a sweet moment for me, but it also came with great pain because of Ronnie Peterson’s death.  Today I cannot remember one without the other. Both memories come together. I cannot think of that day without thinking about Ronnie Peterson. It’s impossible. If there hadn’t been an accident, it would be the most exciting moment of my career.

What about your relationship with Colin Chapman?

Colin and I had a great relationship, especially while we were winning. He was the perfect owner/engineer that would stimulate my thinking by making all sorts of suggestions. We were never lost. He would always have an idea. We interacted in a very positive way.  We both were intensely driven to win. Second place was not an option for either of us.

Your first F1 victory was with Ferrari. How do you remember that victory? 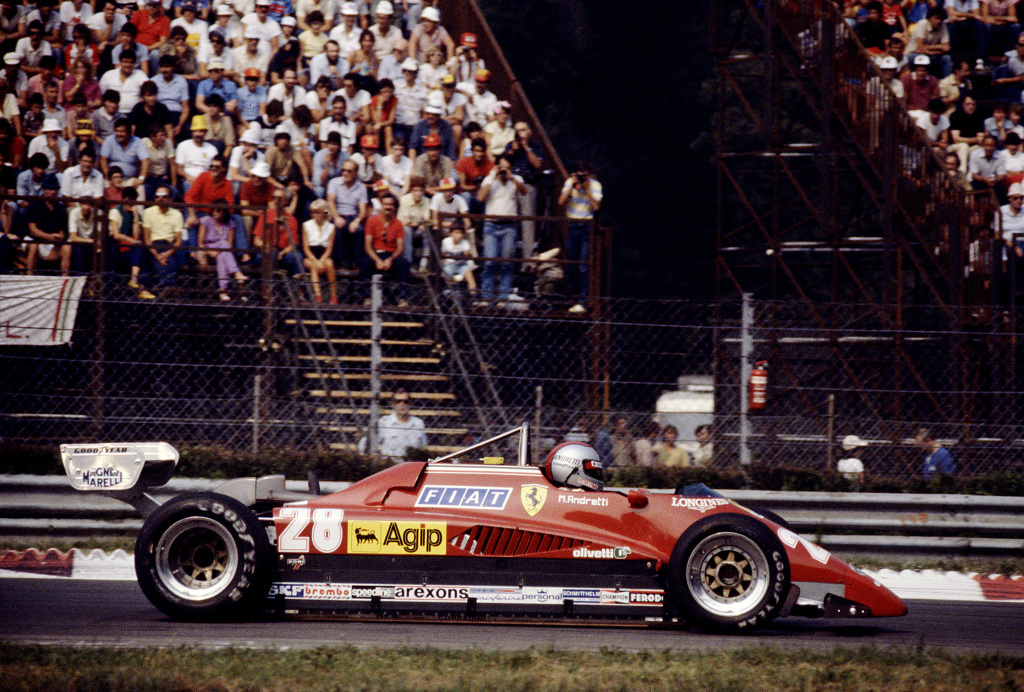 How was your relationship with “il Commendatore,” the founder of the Scuderia Ferrari team and subsequently of the Ferrari Automobile marque?

I was one of the few drivers that dealt with Enzo Ferrari directly. It was a great relationship. Very special.

You are the only American driver to win a Formula 1 race at home (the United States Grand Prix at Long Beach in 1977). What do you remember about that win?

When you won the F1 title, you were the first US driver since Phil Hill to conquer the F1 world.  What did you learn from Phil Hill?

I had so much respect for Phil Hill. When I was at the beginning of my racing career, he was already world champion. I watched him with a mixture of envy and admiration – dreaming that I would someday have half the command of the race car that he did. He was at the top of his game and I’m very happy that I was able to enjoy and appreciate his skill, respect his achievements, learn from his wisdom, and digest his thoughtful analysis for major automotive magazines when he would do test driving later in life. And what I cherish most is that we became friends. I really consider my career richer by the fact that I raced against him, particularly my most vivid memory of him at Sebring in 1967.

Who was your greatest rival in Formula 1?

There was never just one. So many greats. I wouldn’t mention any by name because the list would be long, and I might forget someone unintentionally. 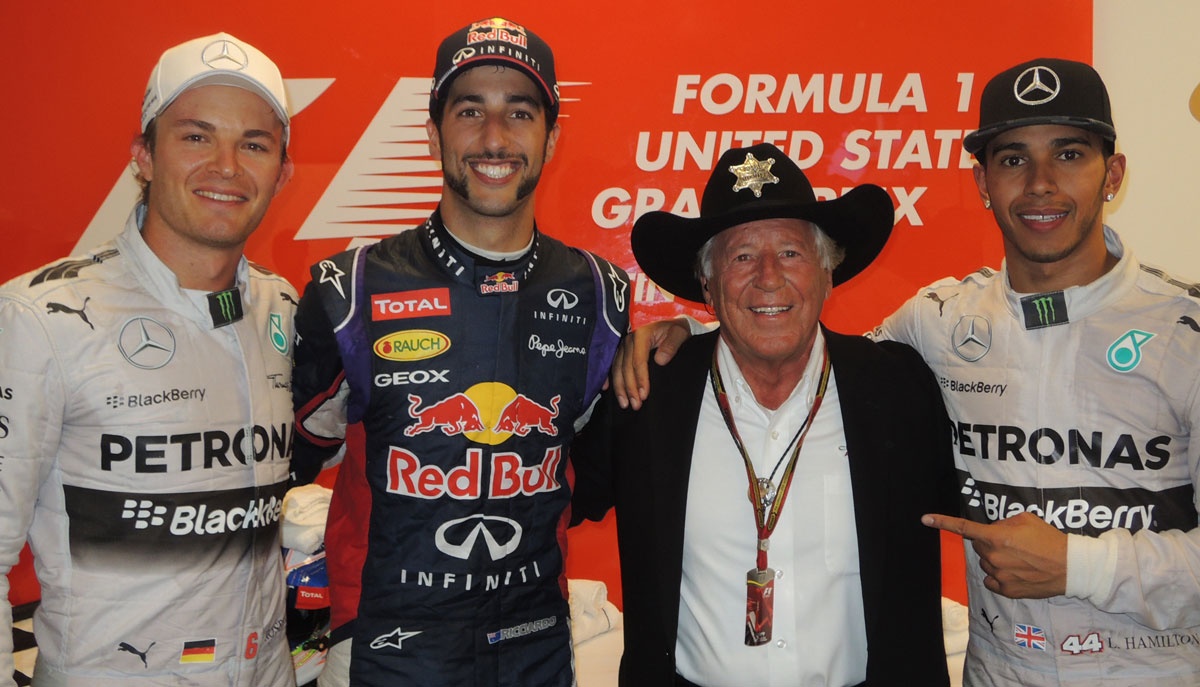 Do you regularly attend the US Grand Prix? What do you think of Circuit of The Americas?

I watch every Formula 1 race and I’ve been going to Circuit of the Americas since the first US Grand Prix in 2012. Circuit of The Americas is clearly a world class circuit that the United States is very proud of, deservingly. It was purpose-built first and foremost to host Formula 1 and because of its quality, it ensures a stable home for F1 in the United States for a long time. Having said that, I think America is big enough to support two Formula 1 races quite well, geographically far apart – east coast and west coast.

Which two drivers from F1 history that you never raced would you like to race?

Do you think Fernando Alonso can win the Triple Crown?

Fernando has the skill to do it. He just needs the proper equipment

Do you see any young American drivers who could make it to Formula 1?

Since its inception in 1950, Formula 1 has produced 33 champions from 14 nations. Of those, only two from the United States. It took a dozen seasons for the USA to produce its first champion, Phil Hill, and another 17 years before I won the title.  As anyone familiar with the present-day motorsports landscape knows, there are a number of young American drivers in the IndyCar series who deserve to be looked at, provided F1 is their ultimate goal.

You raced single-seaters until age 54. How difficult physically & mentally was it to be quick at age 50 compared to your younger days?

Physically I never felt that my age mattered. I think if you stop running marathons and then try to pick up again, it’s going to be a challenge getting back to where you were.  But I never stopped driving, so my age never mattered. And my mental fitness is still in tip-top shape. I’m no Jeopardy James, but I have a sharp mind. I’m still driving the 2-seat IndyCar at 200 mph. I did 400-plus laps in the 2-seater this past month of May at the Indianapolis Motor Speedway. That’s like running the Indy 500 twice.