A brief history of onboard cameras in Formula 1

From the grainy footage of the early days to the high-quality images and multiple camera angles of today, onboard cameras have captured some of the most exciting Formula 1 moments of the past 35 years. 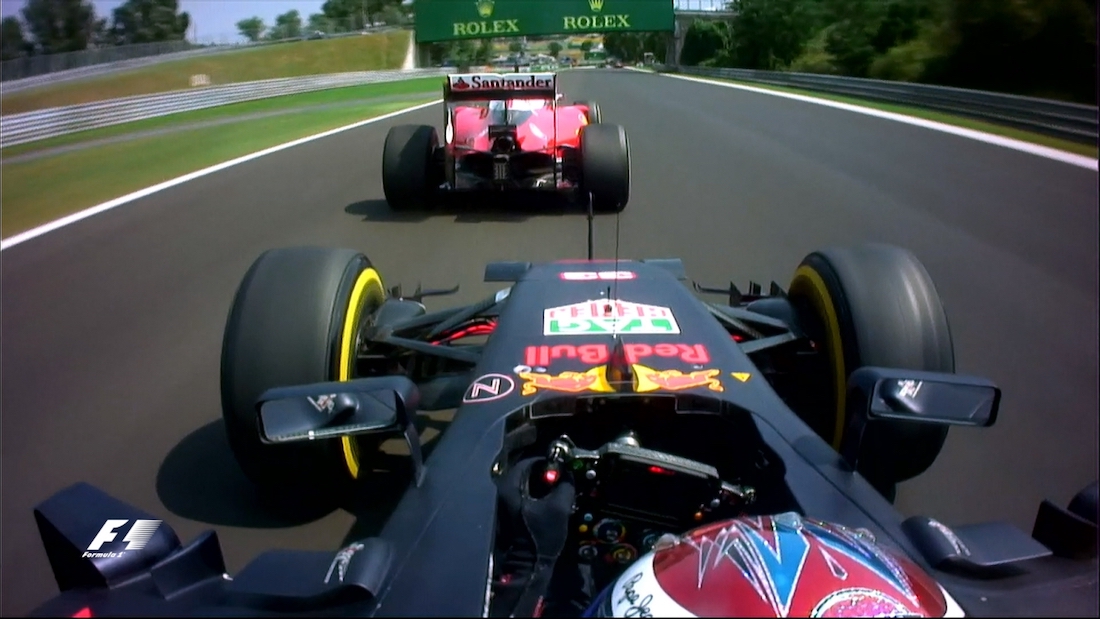 Onboard footage first started appearing in the 1950s, though the cameras were huge and not yet practical for use during live races. Ahead of the 1956 Le Mans 24 Hours, Mike Hawthorne completed a lap of Circuit de la Sarthe with several large film cameras attached to his Jaguar D-type, describing his experience through a microphone strapped to his chest! The following year, reigning Formula 1 World Champion Juan Manel Fangio put his Maserati 250F through its paces at the Modena Autodrome in a test session that was recorded with onboard cameras.

Much of the best early onboard footage was captured for use in feature films. The 1962 West German documentary Mediterranean Holiday (a.k.a. Flying Clipper), which followed the exploits of a group of German teenagers travelling around the Med, featured some high-quality onboard footage from practice sessions for the 1962 Monaco Grand Prix. The seminal Grand Prix film of 1966 also featured onboard footage captured by Phil Hill during practice sessions for the 1966 Monaco and Belgian Grands Prix, though the American was behind the wheel of a Ford GT40 road car rather than a contemporary Formula 1 car.

Although onboard cameras were used at Formula 1 test and practice sessions on occasion in the 1970s (check out Graham Hill narrating an onboard lap at Circuit de Monaco in 1970 or Ronnie Peterson at Monza in 1973), the technology really moved ahead with the “Race Cam” system developed by Australia’s Channel Seven television network for use during the iconic Bathurst 1000 race in the late 1970s. The system of car-mounted cameras, microwave radio transmitters and relays from helicopters (plus a live audio feed from the driver to the commentary team) debuted at the 1979 Bathurst 1000. “RaceCam” technology was soon exported to the USA for use in both Nascar and IndyCar before Formula 1 began adapting its own version of the emerging technology in the mid 1980s.

An onboard camera was used in a live Formula 1 race for the first time during the 1985 German Grand Prix at the Nürburgring. A solitary camera was fitted to the Renault of François Hesnault, who qualified 23rd and retired on Lap 8 with clutch problems. Live footage from the onboard camera in the opening laps showed the Frenchman following and then passing the Zakspeed of Jonathon Palmer as the camera lens became increasingly dirty. In the commentary box, James Hunt informed viewers about the “Heath Robinson system” in place to clean the lens, which had been covered in cling film! 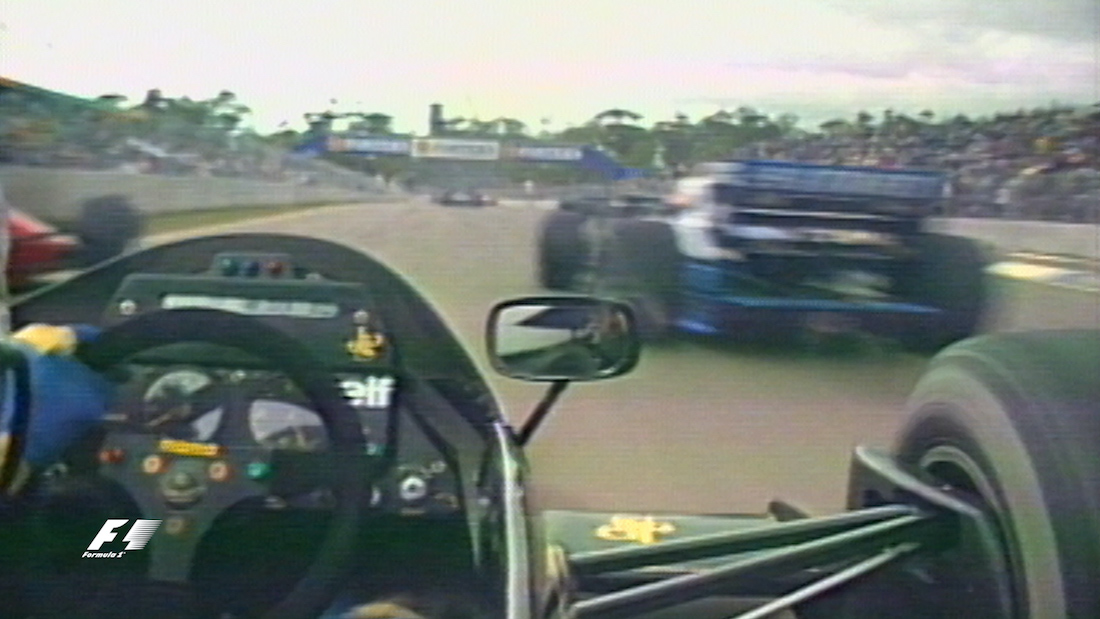 The early onboard pictures may have been shaky and prone to regular outages, but still provided some of the most visceral images of the speed, danger and incredible driving skills on display in Formula 1. This was evident during their next noteworthy appearance, at the season-ending 1986 Australian Grand Prix in Adelaide, when Jonny Dumfries showed just how physical it was to drive a powerful F1 turbo car with a manual gearbox on a bumpy street circuit.

WATCH: Onboard with Satoru Nakajima for the first lap of the 1987 Austrian Grand Prix on the fearsome Österreichring circuit

For the first few years, the technology relied on the pictures being relayed to the trackside broadcast centre via analogue microwave signals from a helicopter flying above the circuit, putting economic and physical constraints on the wider deployment of onboard cameras. The use of the helicopter also meant that we wouldn’t see an onboard from inside the tunnel at the Monaco Grand Prix for some years, though this lap from Ayrton Senna in 1990 is still pretty mind-blowing. 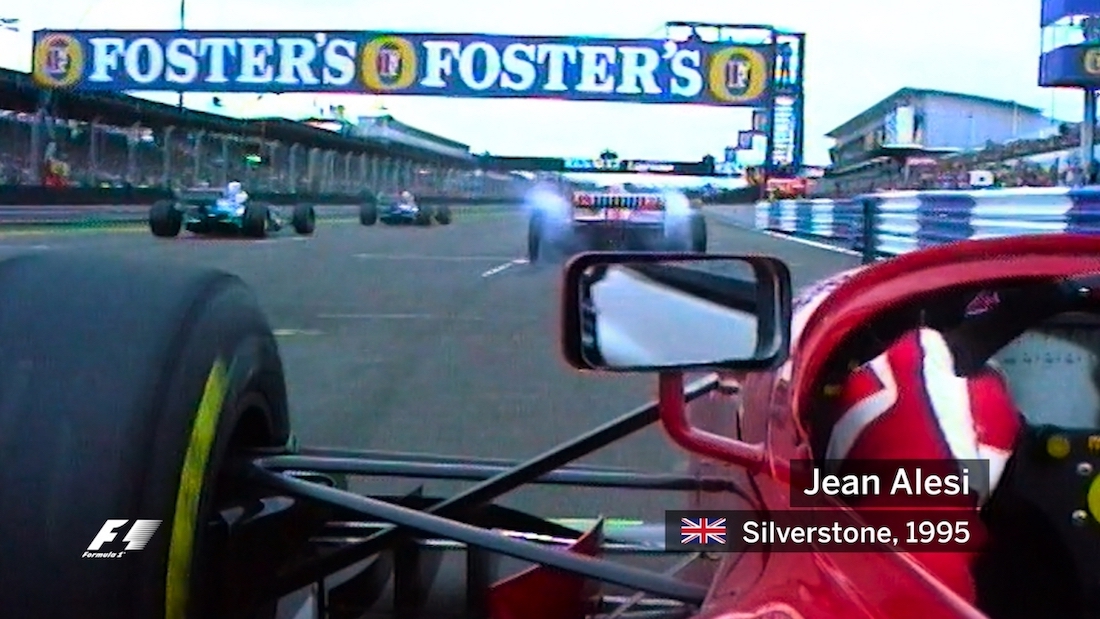 Advances in technology saw Formula 1 dispense with the need for an overhead helicopter by developing a network of ground-based receivers around each track. Anti-vibration mounts also contributed to more stable images as the cameras became smaller and higher in definition.  Technology was also improved to help the cameras clean themselves while in use, which can be seen in this video from Jean Alesi’s car on the first lap of the 1995 British Grand Prix.

Since 1998, every car on the grid has been fitted with at least three onboard cameras in streamlined housings on different parts of the car, including the mandatory “T-mount” placement on the roll hoop above the driver’s head. Cameras are also mounted on the front wings, engine cover and inside the rear-view mirrors, though not all of them are used at each race. Onboard cameras have been delivering high-definition 1080p images since 2016, and 360° cameras mounted on the nosecone were added in 2018. The introduction of the halo safety device in the same year compromised several popular camera angles however, prompting several changes to the placement of cameras in 2019.

With onboard cameras capturing increasingly high-quality images from multiple angles, their use during live action (and in highlights packages) has exploded during the 2000s. TV viewers have been put in the driver’s seat for the best on-track battles, biggest crashes and most exciting moments in Formula 1 over the past 20 years. What’s your favourite onboard camera moment?