Team Enstone: tracing the roots of the Alpine F1 team

From modest beginnings as Toleman in the early 1980s through championship winning successes as Benetton and Renault, we take a look at the history of Team Enstone. 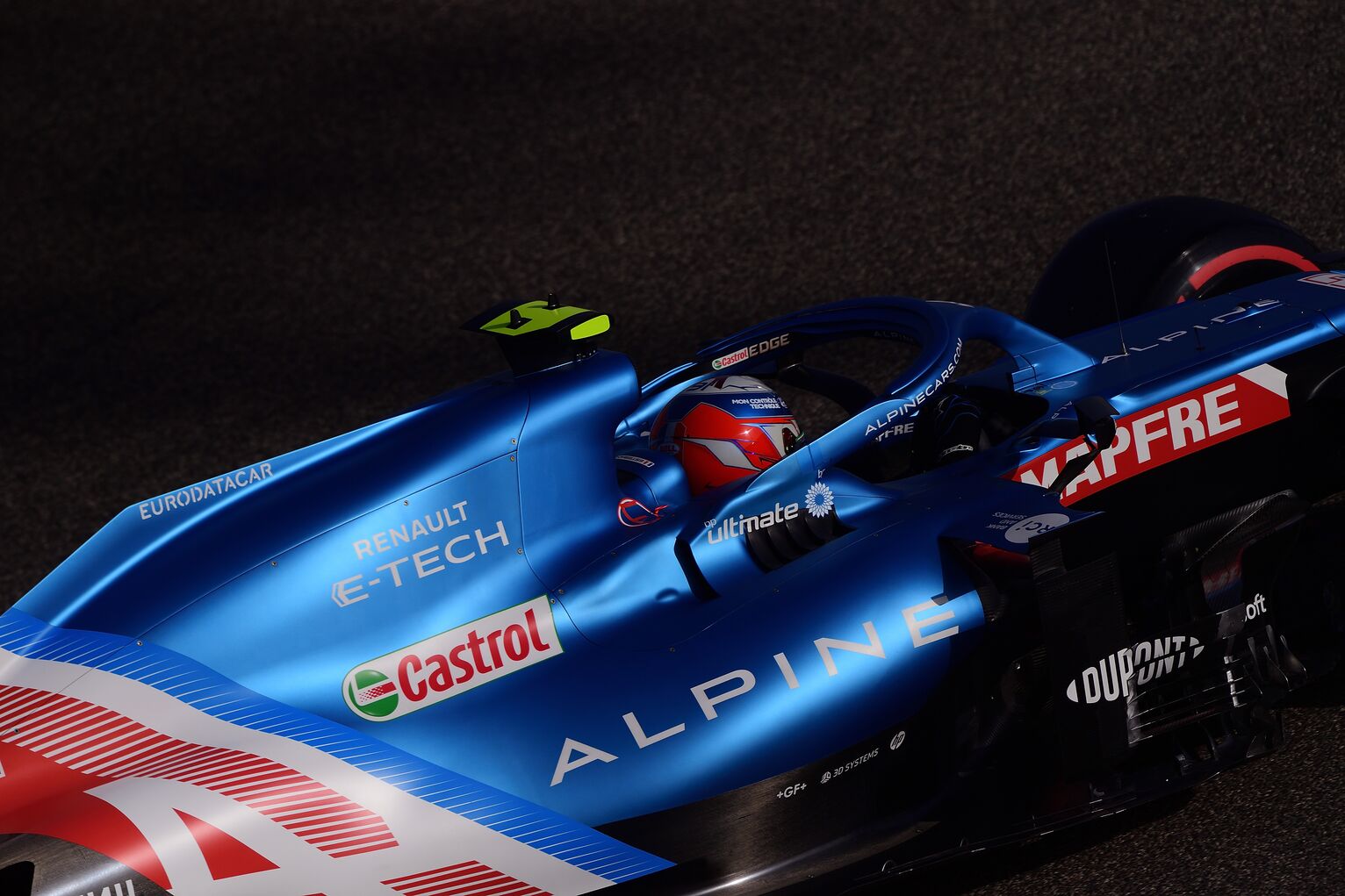 The origins of today’s Alpine F1 Team can be traced back forty years to the debut of Toleman in 1981. Entering Formula 1 during a very competitive era, the small British outfit struggled to even make the starting grid during their first few seasons. Toleman’s fortunes began to improve during the latter stages of 1983, but it was the arrival of Ayrton Senna in 1984 that really put the team on the map. Senna finished his debut season with three podium finishes, including a sensational second in the wet at the Monaco Grand Prix, and was soon snapped up by Lotus. After missing the first three rounds of the 1985 season due to a dispute with tyre supplier Pirelli, Toleman finally debuted their new car with a ‘United Colors of Benetton’ livery at the Monaco Grand Prix. It was the beginning of the end for the Toleman name in Formula 1, who were taken over by the Italian clothing company at the end of a disappointing final season.

Founded in 1965 by four siblings from the Veneto region of northern Italy, Benetton was fast becoming one of the world’s top fashion labels when it entered Formula 1 as a sponsor in the early 1980s. And they were immediately on the pace as a constructor in 1986 with a powerful turbo engine from BMW, which helped Gerhard Berger secure Benetton’s maiden Formula 1 victory in Mexico. Benetton switched to Cosworth power in 1987, but their distinctive multi-coloured cars continued to improve thanks to the design genius of Rory Byrne. It was the arrival of several key players, however, that would transform the team’s fortunes over the coming years.

Despite having multiple fraud convictions to his name, controversial Italian businessman Flavio Briatore was appointed to the role of managing director at Benetton ahead of the 1990 season. And when young German driver Michael Schumacher made a sensational debut for Jordan at the following year’s Belgian Grand Prix, Briatore moved quickly to secure his services at Benetton. With a hotshot driver and a world-class technical team in place (Ross Brawn had joined the team as technical director alongside designer Rory Byrne in 1991), Briatore’s Benetton began taking the challenge to the leading teams.

It all came together with the Benetton B194 in 1994, which was very competitive in the hands of Schumacher. In a season marked by tragedy, Schumacher won the drivers’ title in controversial circumstances after tangling with Damon Hill at the final race of the season in Adelaide. Benetton clinched their first-ever constructors’ title in 1995 having switched from Ford to Renault power, with Schumacher also making it back-to-back drivers’ titles. But it was soon to be the end of an era as Schumacher left for Ferrari in 1996, followed by Ross Brawn and Rory Byrne the following year. The team slowly fell down the competitive order before being taken over by engine supplier Renault ahead of the 2000 season. Renault retained the Benetton name for two more seasons before rebranding the team in 2002.

Renault were no stranger to Formula 1, having competed as a constructor from 1977 to 1984. The French automotive giant famously pioneered turbo technology and also nurtured the career of future F1 World Champion Alain Prost. Financial struggles at the parent company saw the team bow out of Formula 1 at the end of 1985, but Renault did make a successful return as an engine supplier when the turbo era ended a few years later. Powered by Renault V10 engines, Williams won a succession of drivers’ and constructors’ titles through the 1990s.

It didn’t take long for Renault to start moving up the grid after their return to Formula 1 in 2002, and once again it was Briatore’s decision to back an exciting young driver that paid dividends. With an impressive rookie season at Minardi and a year of testing for Renault under his belt, Fernando Alonso was immediately on the pace in 2003, though beating Ferrari on a regular basis was a tall order. This was all to change in 2005, however, when Renault’s technical team – led by Pat Symonds and also featuring future Mercedes’ designer James Allison – produced the fast and reliable R25, a car that allowed Alonso to take the challenge to McLaren as Ferrari’s dominance finally faded. Alonso won seven times and narrowly defeated Kimi Räikkönen in an exciting championship battle as Renault claimed their first constructors’ title. Alonso and Renault defended their titles the following year in another closely fought battle, this time against the resurgent Ferrari of former ‘Team Enstone’ driver Michael Schumacher.

Much like at Benetton a decade earlier, though, the departure of Renault’s star driver (Alonso moved to McLaren in 2007) coincided with a decline in the team’s fortunes. At the end of 2007,
Renault were fortunate to escape without penalty for receiving confidential technical data from McLaren. Alonso returned to Renault in 2008, but an even bigger controversy known as ‘crashgate’ was about to engulf the team.

Alonso had won the inaugural 2008 Singapore Grand Prix from 15th on the grid, but it later emerged that he had benefitted from a deliberate crash by his teammate Nelson Piquet Jr, which brought out the Safety Car after Alonso’s early pitstop. News of Renault’s conspiracy to fix the result of the race in Singapore didn’t emerge until almost one year later, but the ramifications were swift. Renault were handed a two-year suspended ban from Formula 1 in September 2009. Team boss Flavio Briatore and technical director Pat Symonds left the team and were also banned from any involvement in Formula 1, though these bans were later overturned by a French court.

Reeling from a tarnished reputation after the ‘crashgate’ controversy, Renault sold a majority stake in the team to Genii Capital in early 2010. Alonso decamped to Ferrari and was replaced by Robert Kubica, who partnered Russian debutant Vitaly Petrov during the 2010 season. After falling to eighth in the constructors’ standings in 2009, the team – now led by Frenchman Éric Boullier – enjoyed a solid campaign during their first year under new ownership. Most of the team’s points were scored by Kubica, who finished on the podium twice and generally outclassed Petrov. 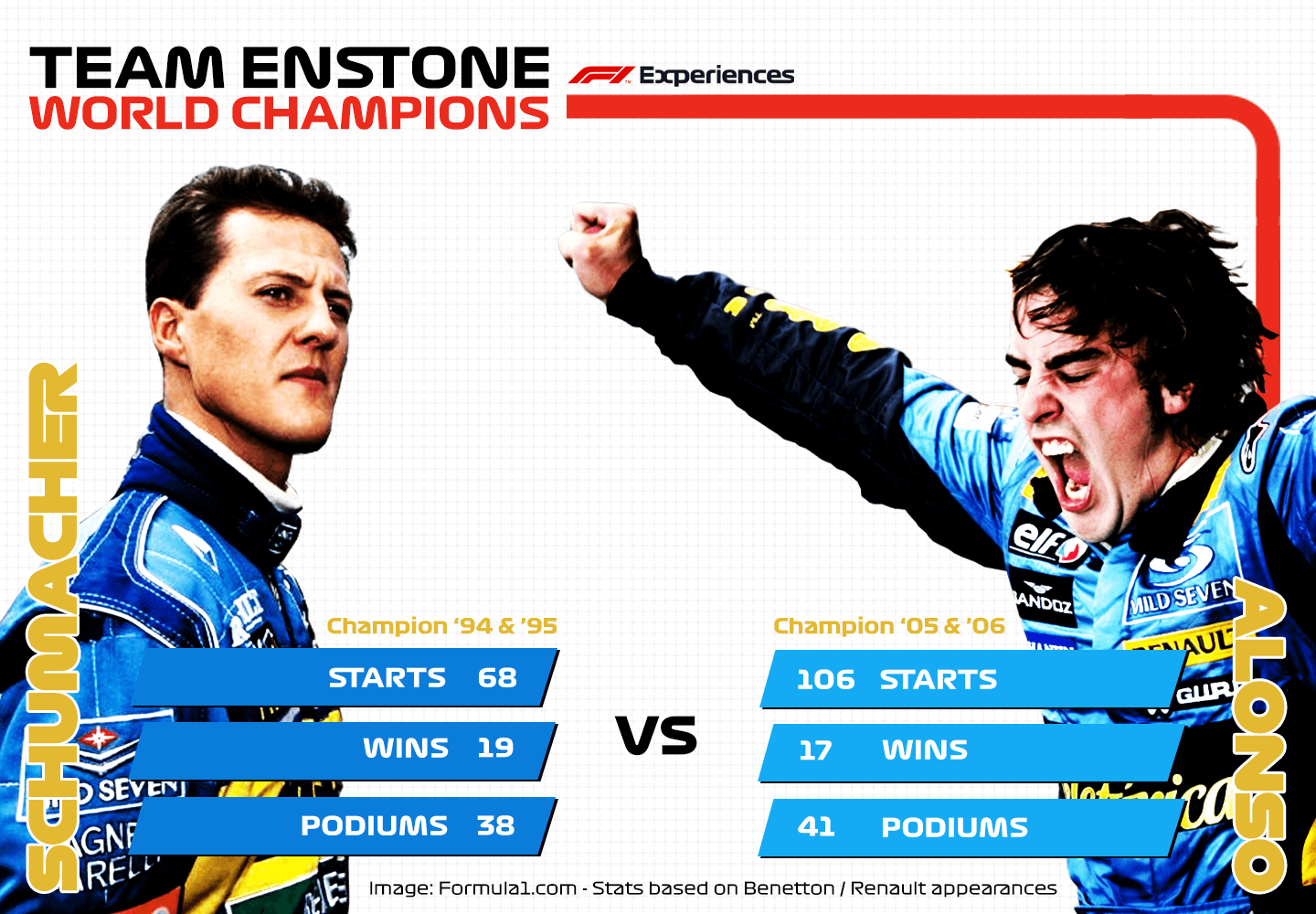 At the end of the 2010 season, Renault sold their remaining 25% share of the team to Genii Capital but remained as engine supplier. In turn, Genii Capital signed a deal with Lotus Cars to use the historic name in 2011, but confusingly, there was already a team on the grid bearing the Lotus name. The complicated saga of how two teams bearing the Lotus name ended up racing in 2011 was later resolved via the courts in favour of the ex-Renault outfit at the end of the season. After losing their star driver Robert Kubica, who was seriously injured during a pre-season rally crash, Lotus Renault GP – sporting a black and gold livery harking back to the glory days of Lotus – enjoyed a solid 2011 season in the F1 midfield.

Returning to Formula 1 after two seasons on the sidelines, Kimi Räikkönen joined the renamed Lotus F1 Team in 2012 and was immediately challenging at the front. Räikkönen finished on the podium six times that season before claiming his comeback victory in the season-ending Abu Dhabi Grand Prix. In the other seat, Romain Grosjean showed considerable speed but was also involved in several contentious crashes during his first full season of Formula 1. Sadly, the Lotus team’s renaissance would be short lived., and after helping Lotus to an impressive fourth in the constructors’ standings in both 2012 and 2013, Räikkönen left for Ferrari with a bonus of almost €20m (thanks to a deal whereby he was paid an additional €50,000 for every point scored!). The team began sliding back down the competitive order following Räikkönen’s deapture, and having failed to attract significant sponsorship to make their F1 investment pay off, Genii Capital sold the team back to Renault at the end of 2015. 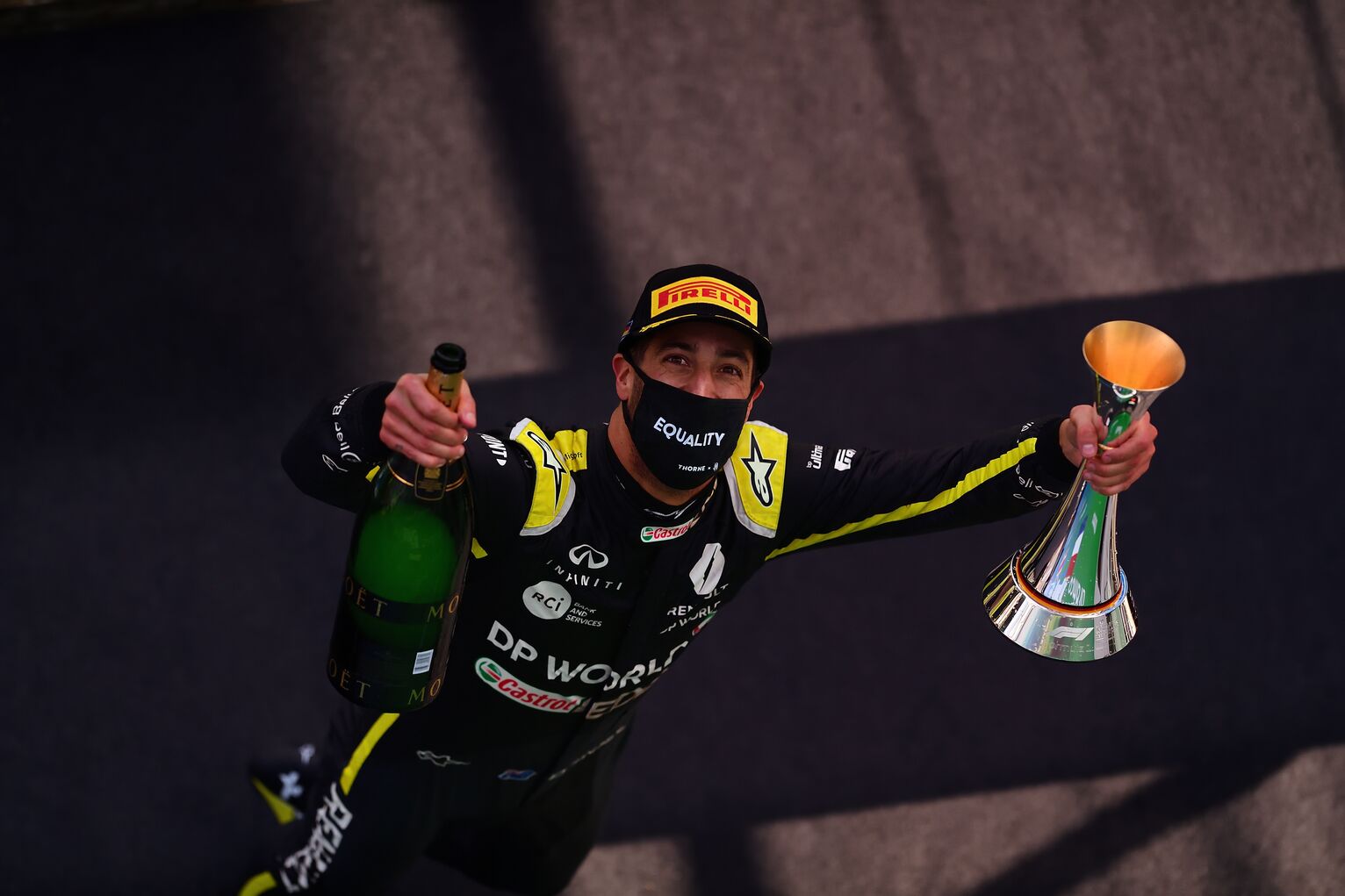 Led by former Caterham boss Cyril Abiteboul, Renault returned for their third stint as a Formula 1 constructor in 2016. Abiteboul touted an ambitious five-year plan to return the famous French team to the front of the grid, but early results were disappointing. Kevin Magnussen and Jolyon Palmer only scored a handful of points in 2016, but results began to improve with Nico Hülkenberg behind the wheel in 2017. The positive trajectory for the Renault team continued in 2018 when Hülkenberg was joined by Carlos Sainz Jr and the team finished a respectable fourth in the constructors’ standings. Bridging the gap to the leading teams proved too much however, even after the arrival of proven race winner Daniel Ricciardo in 2019. Ricciardo finally delivered a couple of podiums for Renault in 2020 (Esteban Ocon also finished second in the Sakhir Grand Prix), but the Australian had already announced his departure for McLaren by this time. His replacement? None other than Fernando Alonso, two-time champion with Renault, who announced a comeback for 2021. Soon after, the team also revealed plans to rebrand from Renault to Alpine for the 2021 season.

Alpine made their Formula 1 debut at the opening race of the 2021 season in Bahrain, not long after parting ways with Abiteboul. Sporting a striking livery with the blue, red and white colours of the French flag, Alpine have faced a challenging start to their first season but are already looking ahead to the introduction of new technical regulations in 2022. Given Team Enstone’s impressive Formula 1 pedigree and Alonso’s famous determination, Alpine will definitely be a team to watch next season.