Where to Watch the Action at the 2020 Italian Grand Prix

Formula 1 circuits don’t come any more iconic than Autodromo Nazionale Monza, the home of the Italian Grand Prix for almost 100 years. Join the passionate local fans for some of the best trackside atmosphere on this year’s F1 calendar! Here’s the best places to watch the action at Monza with F1 Experiences for the 2020 Italian Grand Prix on 3-6 September. 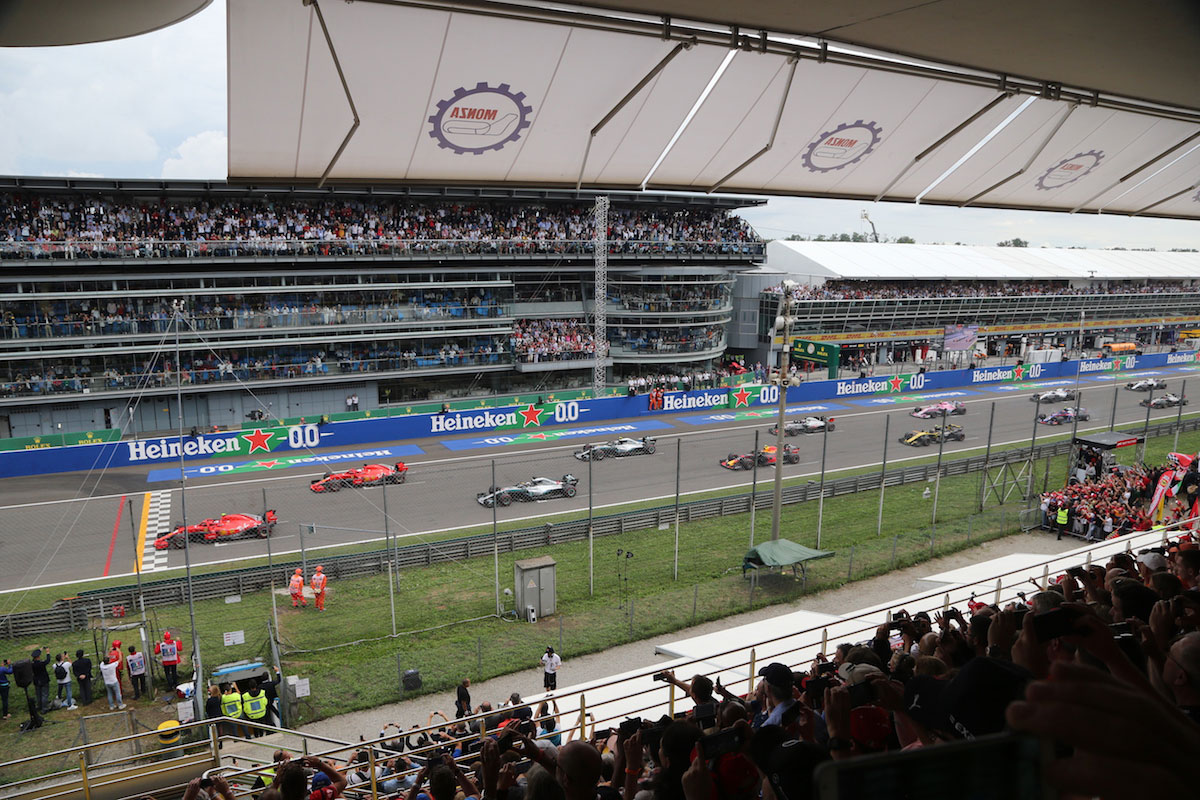 The Champions Club is the premier hospitality suite for discerning fans! Located in front of the Centrale Grandstand on the Main Straight, your access includes gourmet cuisine and an open bar, plus a special appearance by ex-Ferrari driver Jean Alesi and Guided Paddock Access. You’ll also have a seat in the nearby Centrale or Laterale Destra Grandstand to use throughout the weekend. Get your Champions Club Package now! 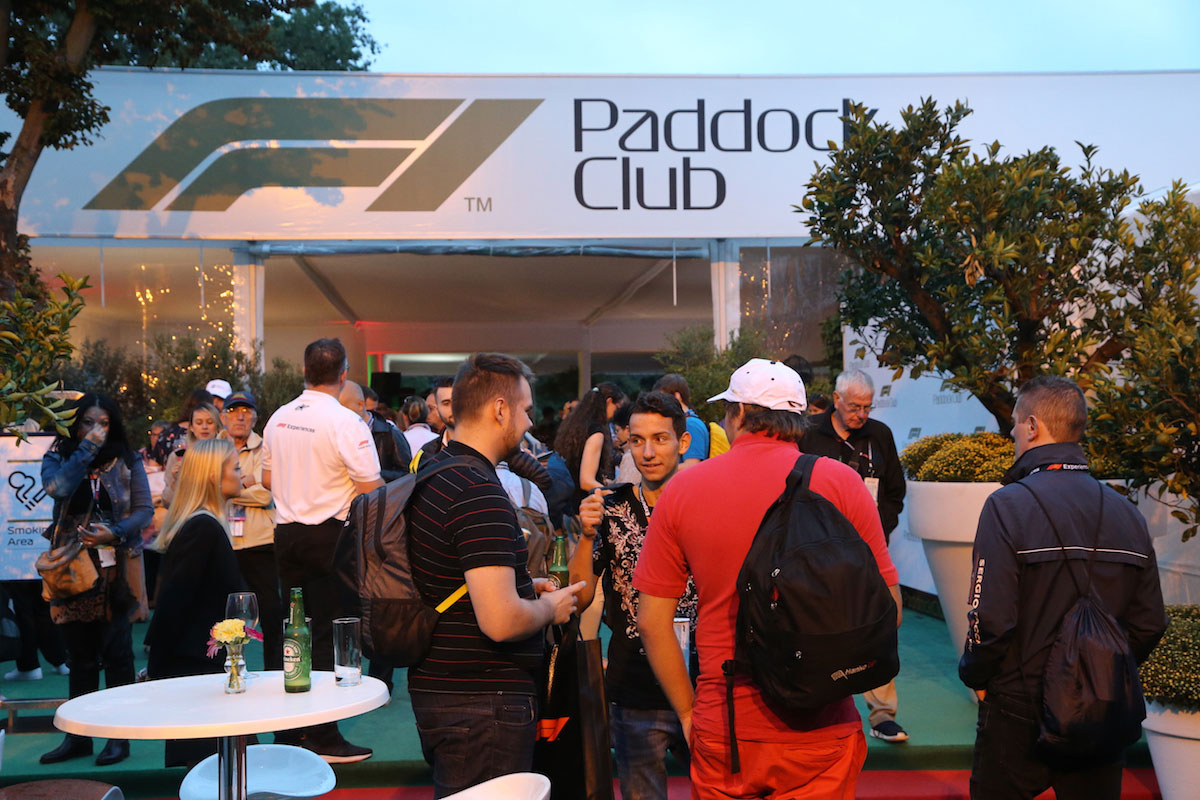 Watch the Italian Grand Prix from the luxurious surrounds of the Formula 1 Paddock Club! Situated directly above the pits, you’ll be pampered all day long with gourmet cuisine and free-flowing drinks. Other perks include Daily Pit Lane Walks and Guided Paddock Access. Paddock Club access is available with Premier, Paddock Club and Legend Ticket Packages. 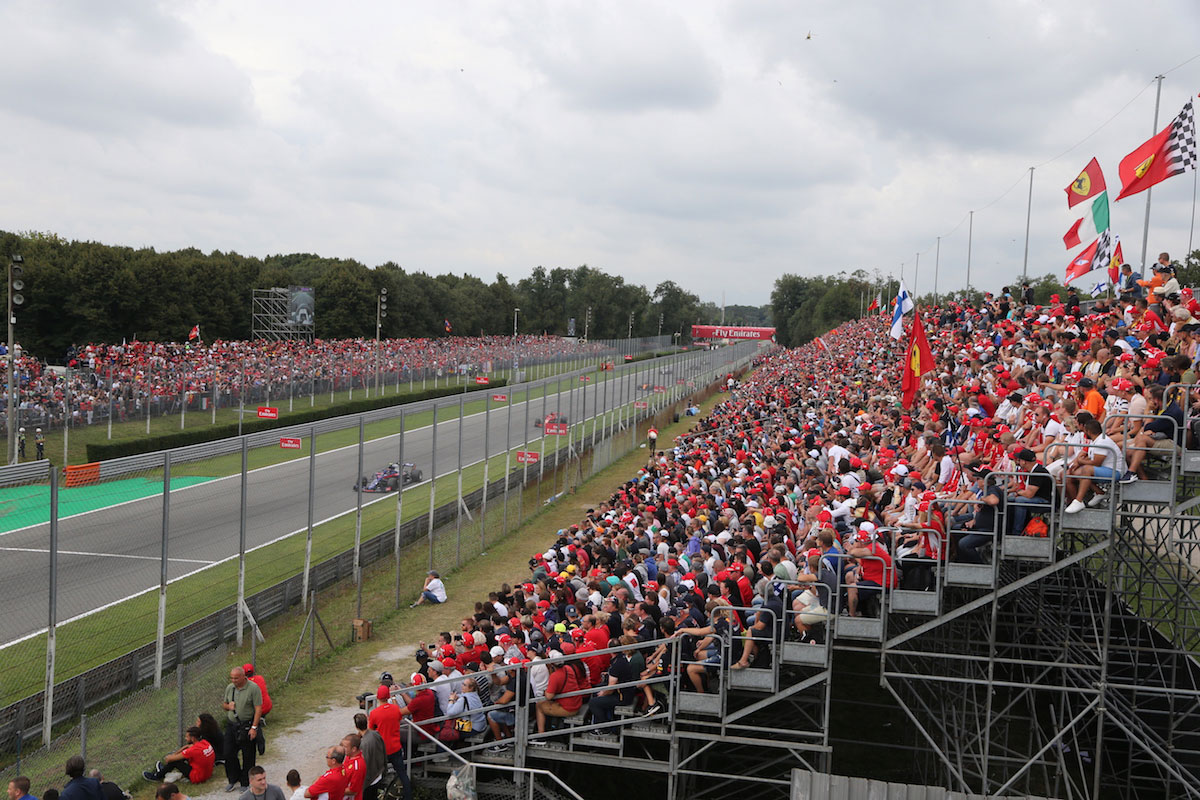 Grandstand 22 is a covered, permanent grandstand on the outside of Curva Parabolica, one of the most iconic turns in all of Formula 1 and the scene of many memorable moments over the years in the Italian Grand Prix. The nearby Ascari is another important corner at Monza which offers excellent spectating. Sit in the covered Grandstand 22 on Parabolica with a Trophy Ticket Package from F1 Experiences or get a grandstand seat in Uscita Ascari 19B  with a Starter Ticket Package.

We recommend spending at least a few hours exploring the General Admission areas at Monza. The circuit is located within one of the largest city parks in Europe, so you’ll find plenty of well-signposted paths. Although there is no natural elevation, you’ll find lots of small viewing platforms in General Admission. Friday is the best day to go exploring, as there are fewer spectators and you can also sit in any grandstand, except for Centrale. Recommended viewing areas include Variante del Rettifilo, Variante della Roggia, Curva di Lesmo, Variante Ascari and the inside of Curva Parabolica.