From historic circuits to modern purpose-built facilities, there’s plenty of great places to watch the action on next year’s Formula 1 calendar. Here’s ten of the best grandstands around the world! 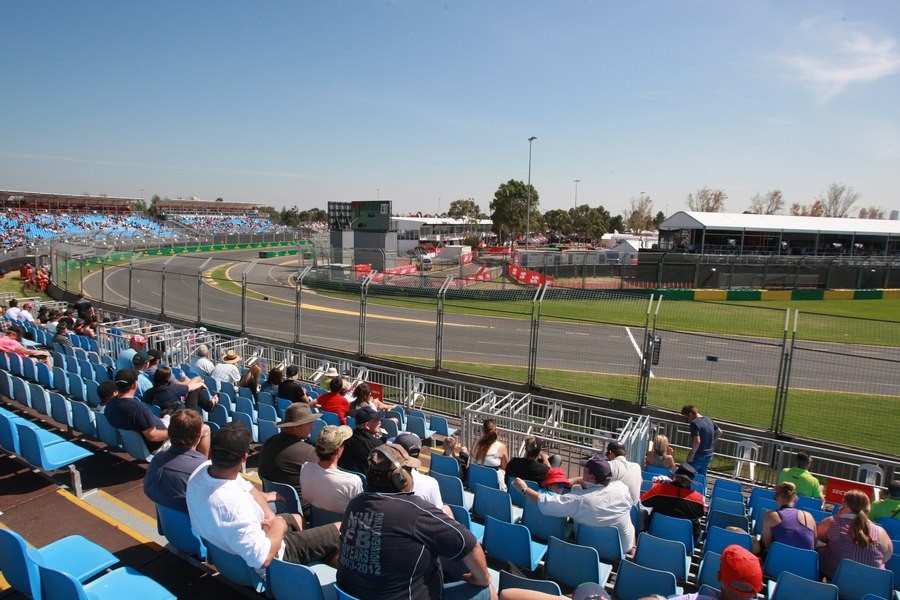 Located on the outside of the final corner at the Melbourne Grand Prix Circuit, the Schumacher Grandstand offers excellent views of the final corners, pit entry and Main Straight. Named after the German legend who won in Australia four times (2000-2002, 2004), the Schumacher Grandstand is located on the outside of the circuit between Turns 15-16. The grandstand also offers good access to the F1 Fanzone. Starter Ticket Packages for the 2020 Australian Grand Prix (12-15 March) include a seat in the Schumacher Grandstand plus access to exciting trackside activities such as a Guided Track Tour, Exclusive Pit Lane Walk and Paddock Club Reception with a current or legendary F1 driver! 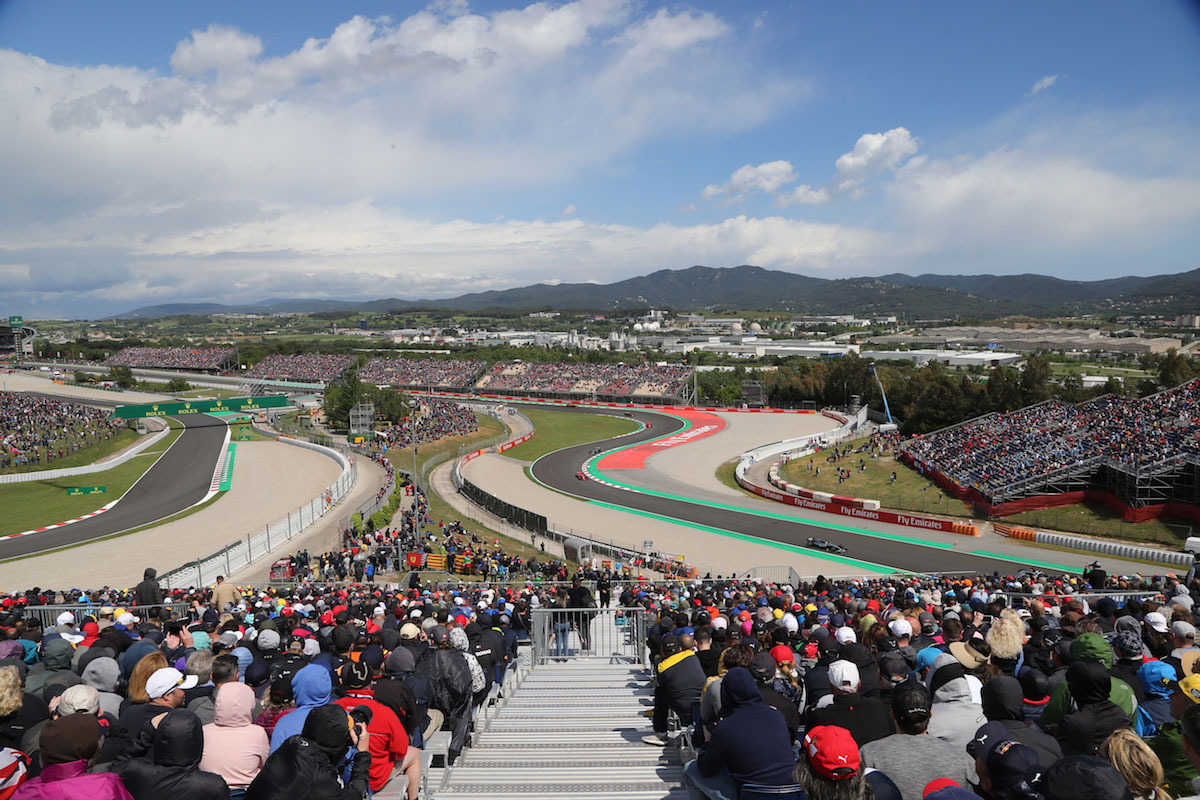 Perched high above the track at Circuit de Barcelona-Catalunya, Grandstand L offers some of the best panoramic views of any grandstand on the F1 calendar! From your vantage point in Grandstand L, you’ll be able to see the cars coming down the Main Straight before negotiating Turns 1 and 2. To the left, Grandstand L also offers views of the low-speed Turn 5. A seat in Grandstand L is included with Trophy Ticket Packages for the 2020 Spanish Grand Prix on 7-10 May. 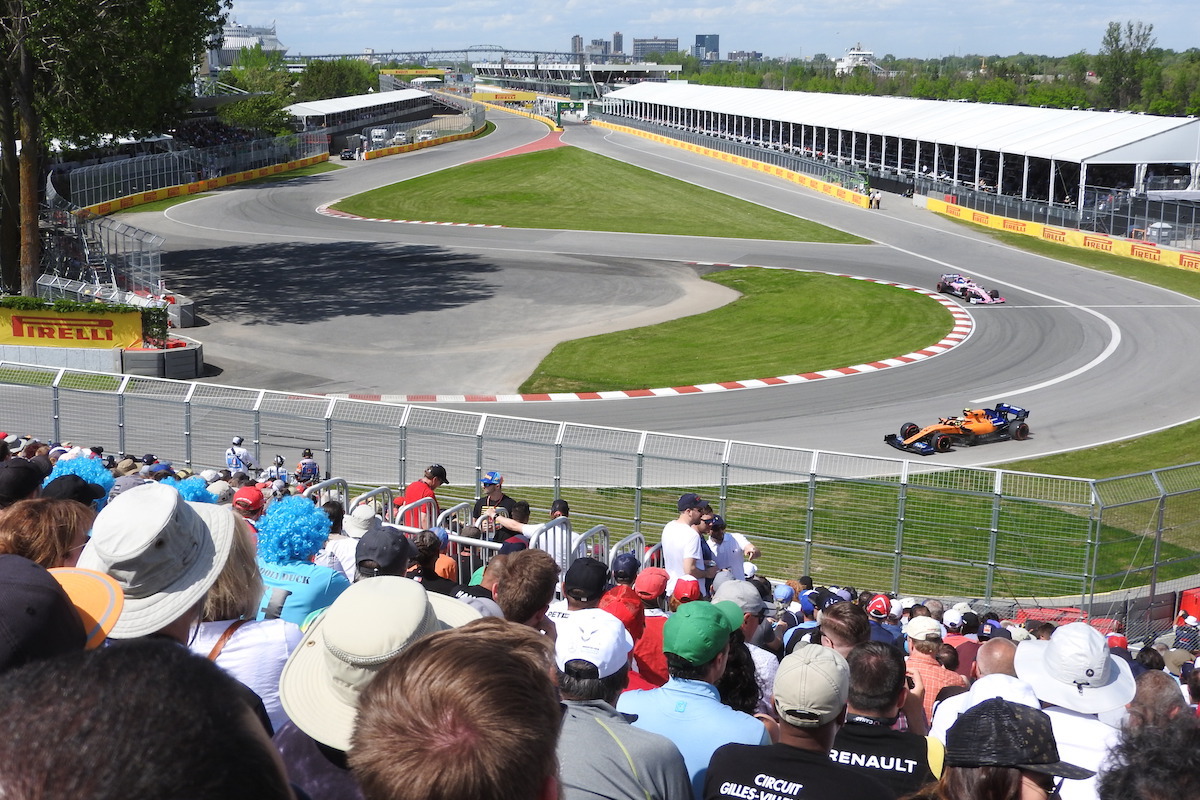 Considered one of the best grandstands at Circuit Gilles Villeneuve, Grandstand 11 is situated on the outside of the track with excellent views of Turns 1 and 2 (also known as the Senna Esses), along with the Pit Exit. You’ll also have a more distant view of the grid and race start. Turn 1 is one of the best overtaking spots in Canada and many of the most dramatic moments from classic races in Montréal have taken place at the Senna Esses. Trophy Ticket Packages to the 2020 Canadian Grand Prix (11-14 June) include a seat in Grandstand 11, along with a host of exciting trackside activities at Circuit Gilles Villeneuve. 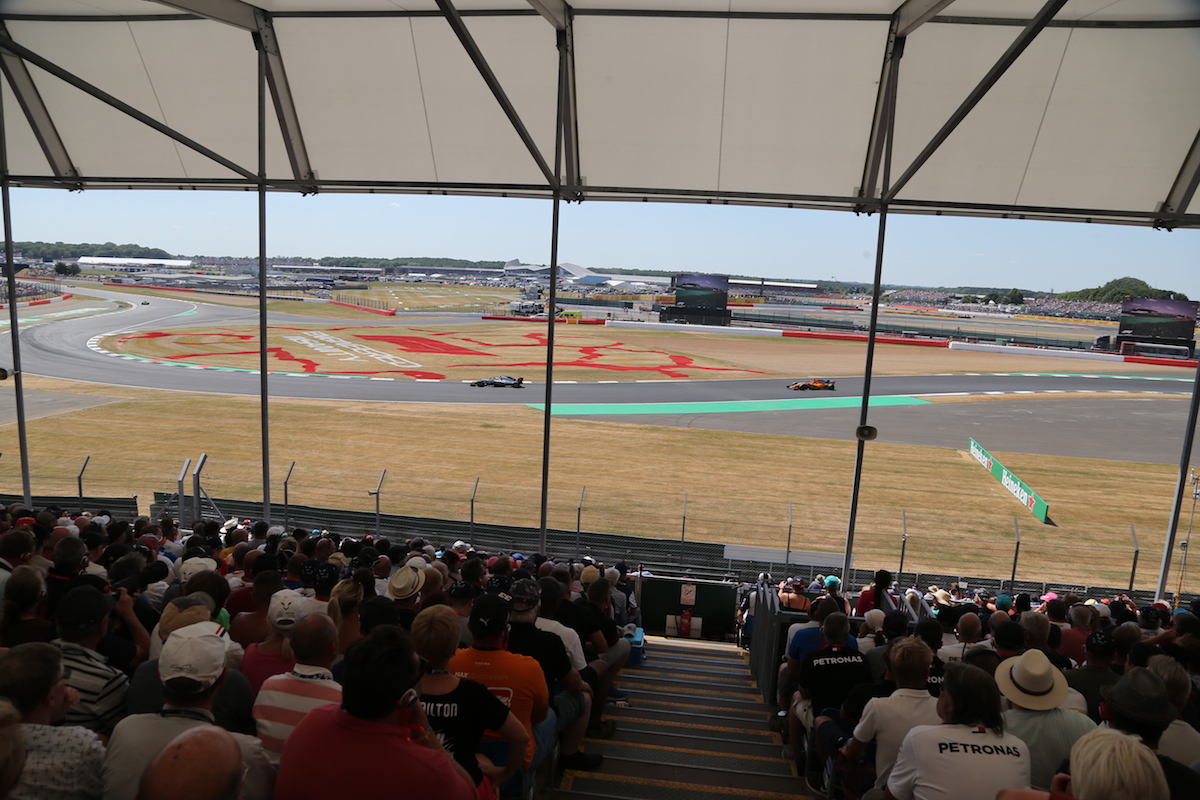 The high-speed Maggots and Becketts corners at Silverstone represent one of the most challenging sections of any current racetrack on the Formula 1 calendar. The covered Becketts Grandstand offers excellent views as the cars flick left and right in quick succession and the drivers battle to keep the car on track as they experience more than 2G of lateral force. Hands down one of the best places at Silverstone to appreciate the speed of modern F1 cars and the supreme skills of the drivers. Get a seat in the Becketts Grandstand with a Trophy Ticket Package for the 2020 British Grand Prix on 16-19 July. Additional benefits include an Exclusive Pit Lane Walk, Guided Track Tour and Paddock Club Reception. 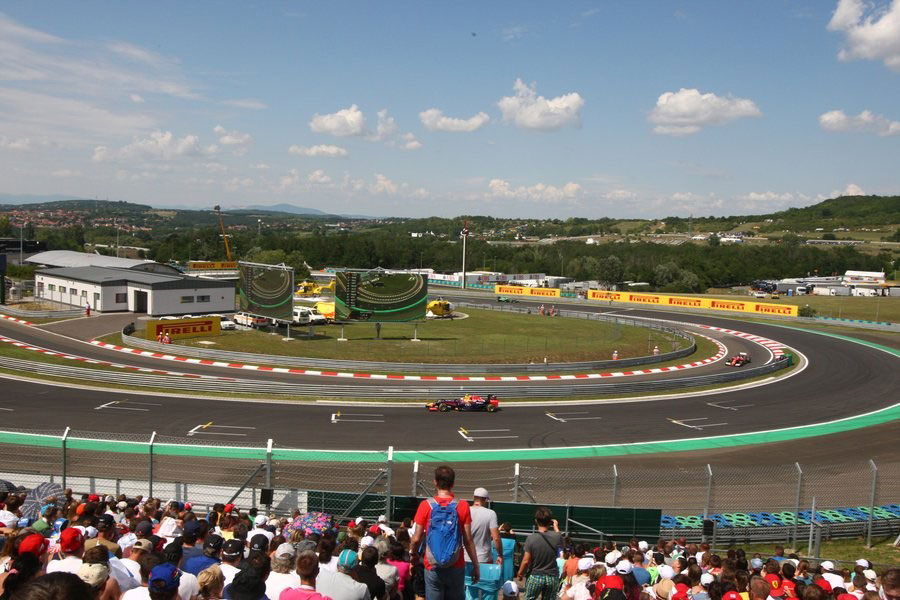 One of only two current Formula 1 circuits built in a natural amphitheatre, the Hungaroring offers some of the best spectating on the current calendar. Located on a hill overlooking the final corner, Silver 3 is one of the most popular grandstands at the circuit. It offers close-up views of Turn 14 and more distant views of the Main Straight and also Turns 11-13. Silver 3 is also located close to the F1 Fanzone in Hungary. Starter Ticket Packages for the 2020 Hungarian Grand Prix (30 July – 2 August) include a seat in Silver 3 plus Exclusive Pit Lane Walk, Guided Track Tour and photo with the championship trophies. 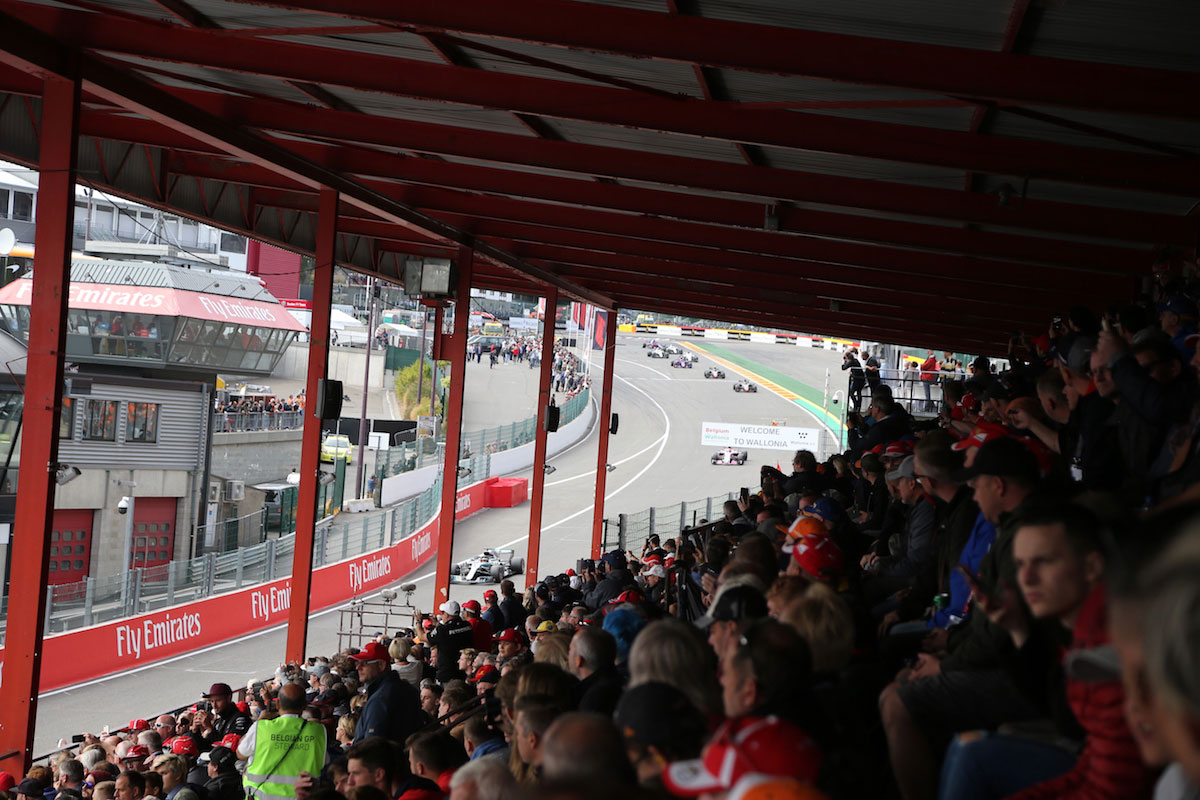 Overlooking one of the most iconic corners in Formula 1, the Gold 2 Grandstand offers some of the best grandstand views at Circuit de Spa-Francorchamps. Situated on a downhill stretch between the opening La Source Hairpin and Eau Rouge, the covered Gold 2 Grandstand puts you right in the heart of the action in Belgium. It’s also very close to the F1 Fanzone for easy access to the best displays, simulators, merchandise and food/drink stalls. Hero Ticket Packages for the 2020 Belgian Grand Prix (27-30 August) include a seat in the Gold 2 Grandstand and a host of trackside activities, including F1 Insider Access and a Paddock Club Reception with a current or legendary F1 driver. 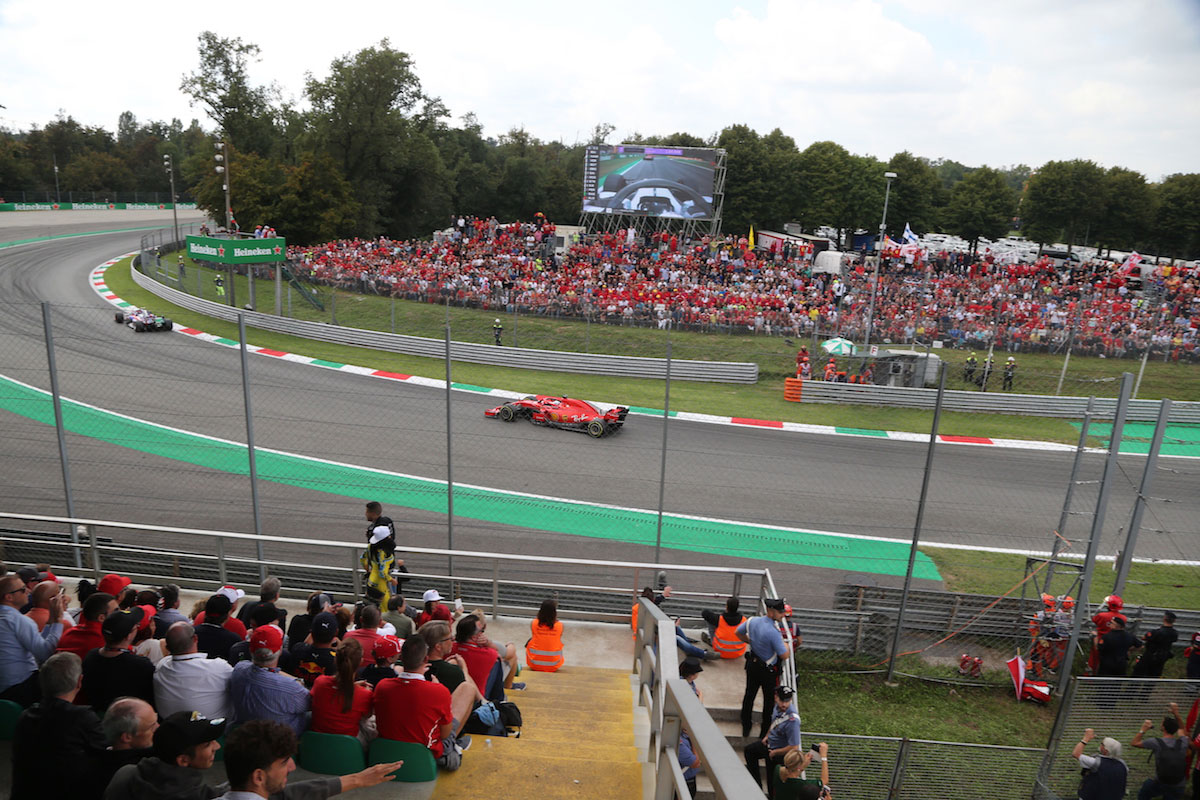 The most famous corner at the oldest racetrack on the current F1 calendar, Curva Parabolica has been the scene of many classic racing moments across the years. Although the run-off area at the outside of the corner has been recently covered in tarmac, getting the long, sweeping Parabolic right is key to a good lap at Monza. The covered Parabolica (22) Grandstand is located on the outside of the corner, providing a good panoramic view of this challenging corner. Sit in the Parabolica (22) Grandstand with a Trophy Ticket Package to the 2020 Italian Grand Prix (3-6 September), which also includes exclusive activities at the track on Thursday and Friday. 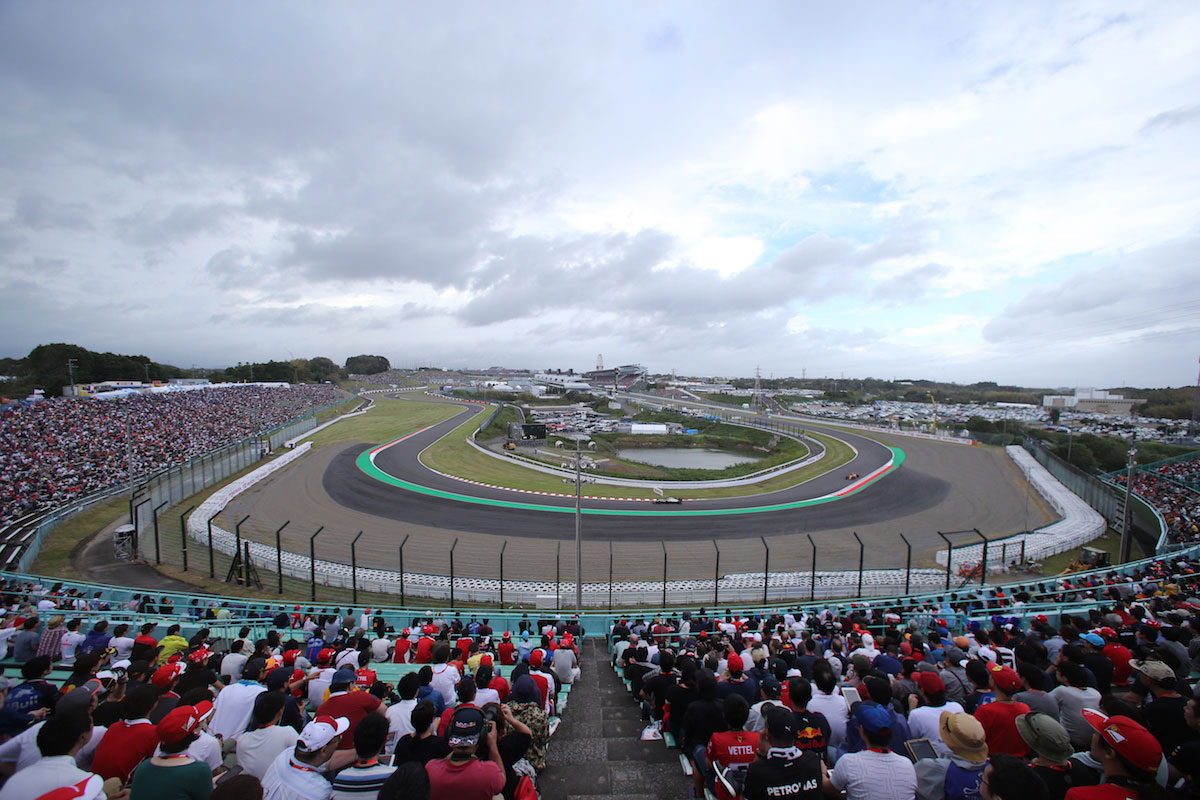 A favourite among drivers and fans alike, the Suzuka Circuit has been hosting the Japanese Grand Prix for more than 30 years. Soak up the unique trackside atmosphere from Grandstand B2 Upper, which overlooks Turns 1 and 2 at Suzuka. Get a ringside seat for the start of the race and the all-important run down to the first corner, which is also one of the best overtaking spots at the circuit. Get a seat in the B2 Upper Grandstand at Suzuka with a Trophy Ticket Package for the 2020 Japanese Grand Prix on 8-11 October. 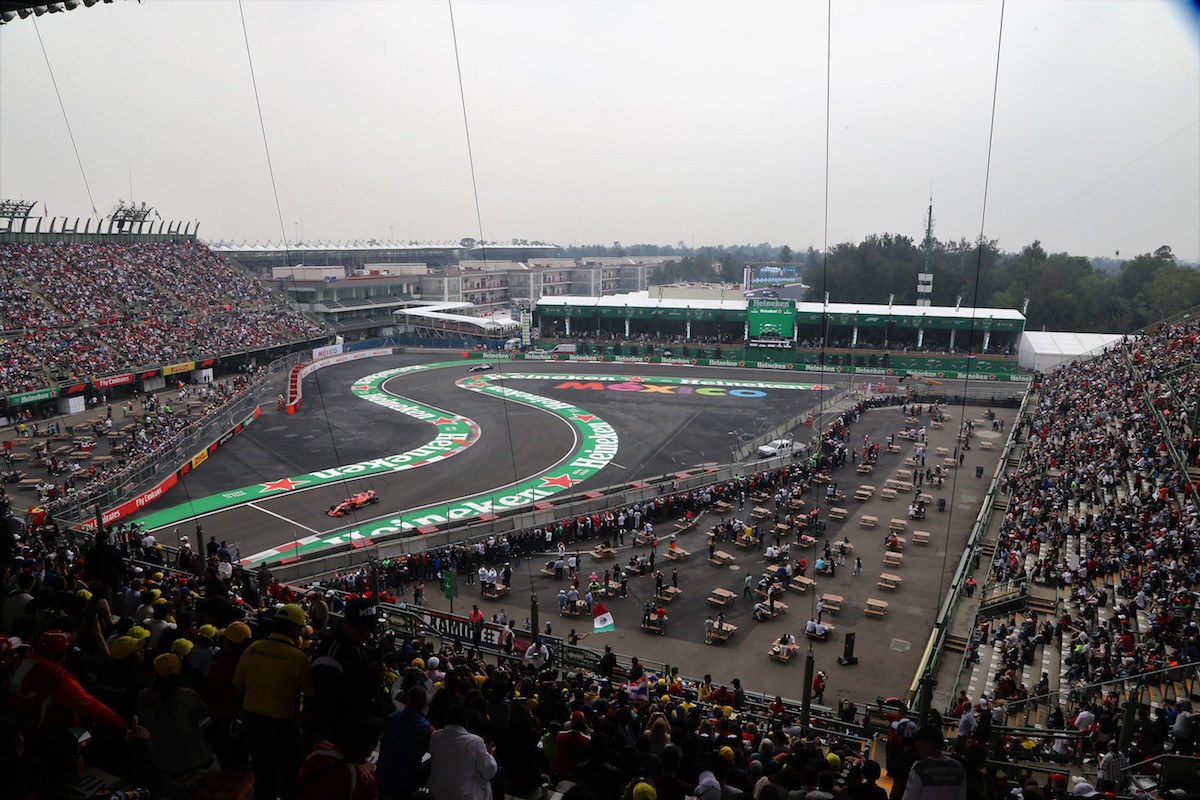 The Mexican Grand Prix made a triumphant return to the calendar in 2015 and is a frequent sell-out. The Foro Sol complex, once a baseball stadium and now a popular venue for A-list concerts, is one of the best places to watch the action at Autódromo Hermanos Rodríguez thanks to its excellent stadium atmosphere. The Foro Sol grandstand offers close up views of the slow-speed Turns 13-14. You can also soak up the post-race atmosphere with a view of the podium celebrations and DJ set. Join the passionate Mexican fans in Foro Sol with a Starter Ticket Package for the 2020 Mexican Grand Prix on 29 October to 1 November. 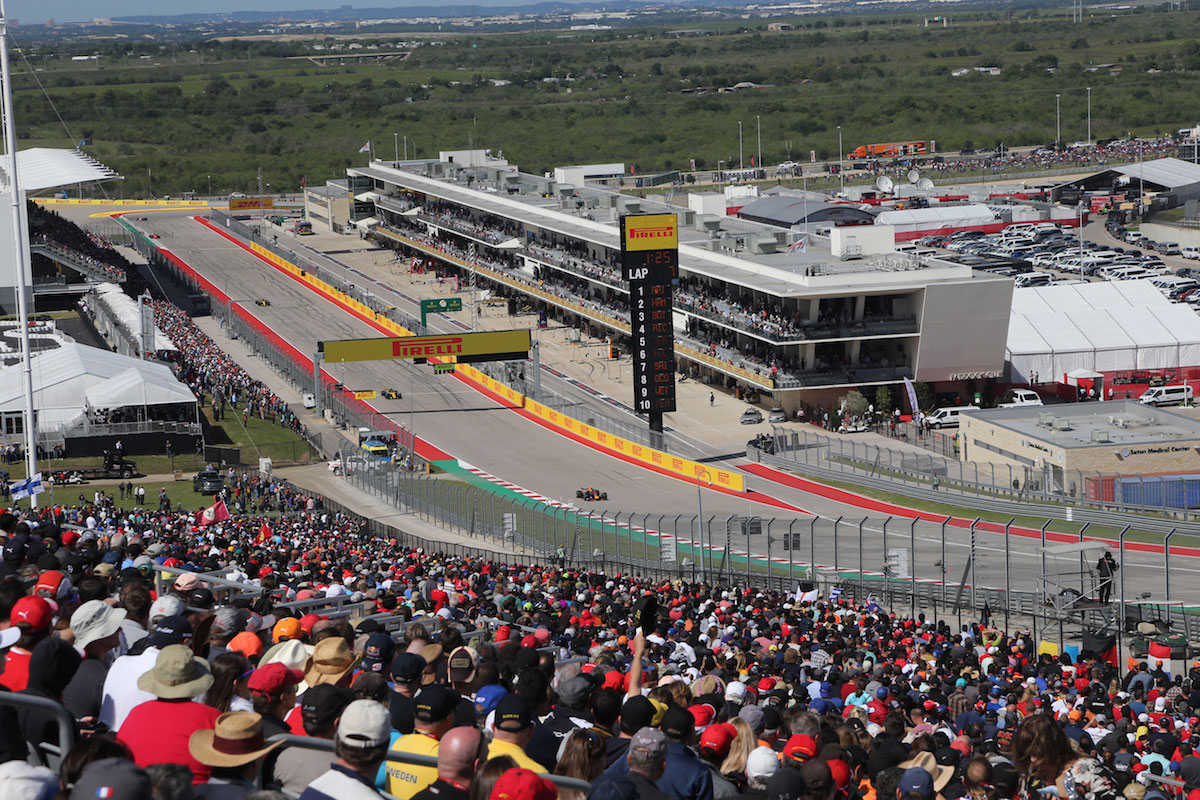 Formula 1 found a new home in the USA earlier this decade at the purpose-built Circuit of The Americas, outside Austin. The uphill run to the first turn is one of the best places to overtake at the Circuit of The Americas and the elevated views from the Turn 1 Grandstand offer excellent panoramic views. The Turn 1 Grandstand is a great place to watch the race build-up and start. Secure your Trophy Ticket Package for the 2020 United States Grand Prix (22-25 October) for a seat in the Turn 1 Grandstand, along with a host of trackside activities that will get you closer to Formula 1. 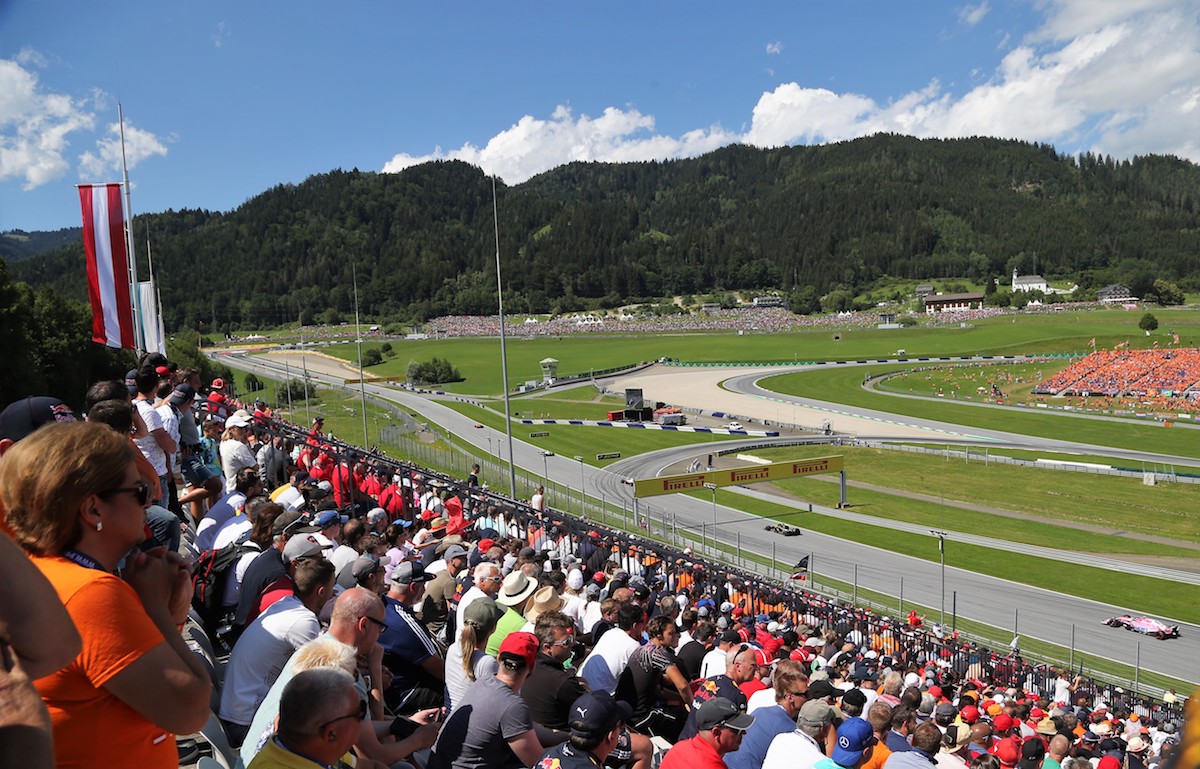