High-altitude Autódromo Hermanos Rodríguez may have hosted the Mexican Grand Prix just twenty times in the modern era, but it’s been the scene of many legendary on-track battles and memorable championship deciders. 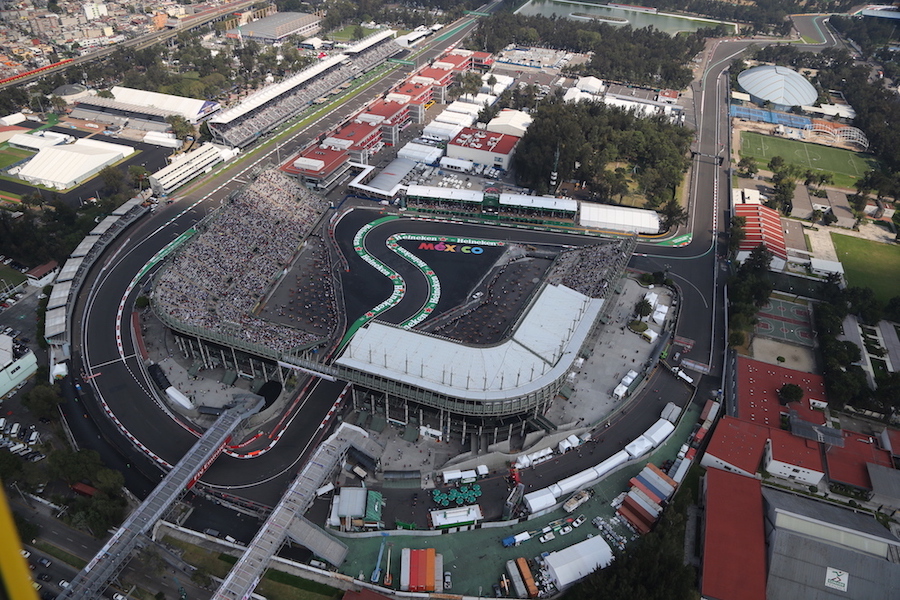 The first Mexican Grand Prix was held in 1962 at the Magdalena Mixhuca circuit in the suburbs of Mexico City. Even though the race wasn’t awarded championship status, the inaugural event still attracted a healthy grid of star drivers from Europe and the USA. It would be the last Formula 1 victory shared by two drivers – Jim Clark took over teammate Trevor Taylor’s Lotus after his own had suffered mechanical issues and went on to win by over one minute. The weekend was marred by the death of local driver Ricardo Rodríguez, who crashed during practice at the dangerous banked final corner, called Peraltada. Just 20 years old, Rodríguez had already competed for Ferrari and was tipped for a big future. His death prompted several days of national mourning in motorsport-mad Mexico.

Granted championship status for the first time, the Mexican Grand Prix was the penultimate round of the 1963 World Championship. Like much of the season, the race was dominated by Jim Clark, who took pole position, led every lap, set the fastest lap and won by almost 2 minutes.

A three-way fight for the 1964 drivers’ title between Graham Hill, John Surtees and Jim Clark came to a dramatic conclusion on the final lap in Mexico City, the last race of the season. Clark took pole position and led the race until his engine seized with just one lap to run, cruelly robbing the Scot of back-to-back titles. The drama wasn’t over however. A quick-thinking Ferrari asked Lorenzo Bandini to let teammate John Surtees through for second position, which was enough for the Englishman to win the drivers’ title by one point from Graham Hill.

Despite not being able to use his clutch for most of the race, Jim Clark took his third and final victory at the Mexican Grand Prix in 1967. The final round of the season also decided the drivers’ title in favour of Denny Hulme after a season-long battle with teammate Jack Brabham. The first and only New Zealander to win the World Championship, Hulme also became the only driver to not score a pole position during this title year (until Niki Lauda did the same in 1984). 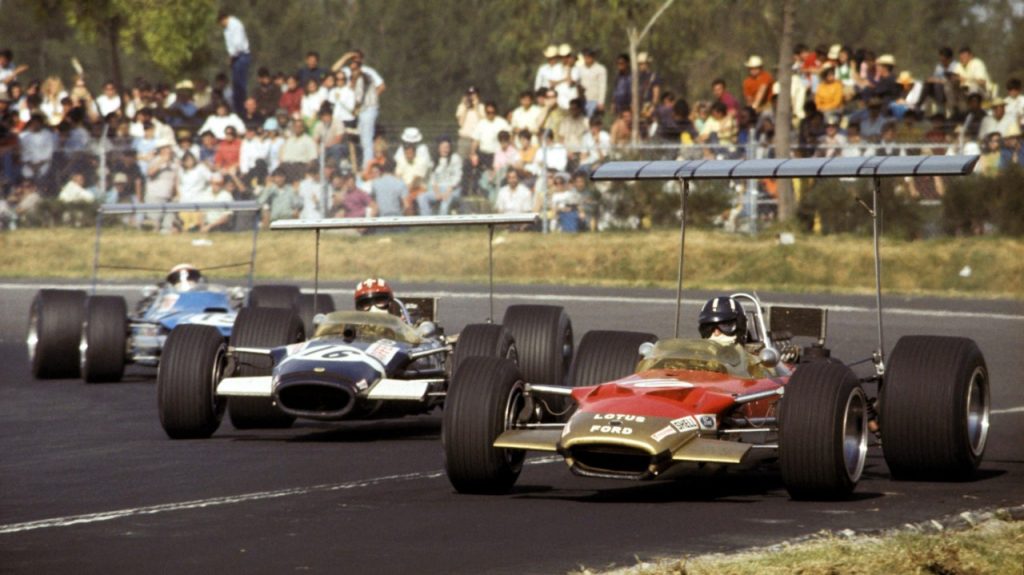 Taking place just one week after the finish of the Summer Olympics in Mexico City, the 1968 Mexican Grand Prix featured another three-way title fight. Graham Hill won the race and the championship after rivals Jackie Stewart and Denny Hulme were sidelined by a crash and engine problems respectively. The race is also remembered for a fine fourth position from local driver Pedro Rodriguez, brother of Ricardo, who had become Mexico’s first race winner the previous year in South Africa. Just three years later, he would lose his life in a sportscar race in Germany. The Magdalena Mixhuca circuit was later renamed Autódromo Hermanos Rodríguez after the ill-fated local brothers.

The 1970 Mexican Grand Prix was beset by crowd control issues as an estimated 200,000 fans packed the circuit and spilled on to the track, almost forcing the cancellation of the race. When it did finally get under way, Jackie Stewart’s race was ended in unusual circumstances – the Scottish driver collided with a dog that had strayed on to the circuit and had to retire with suspension problems. The last Mexican Grand Prix for 16 years was won by Jacky Ickx for Ferrari. 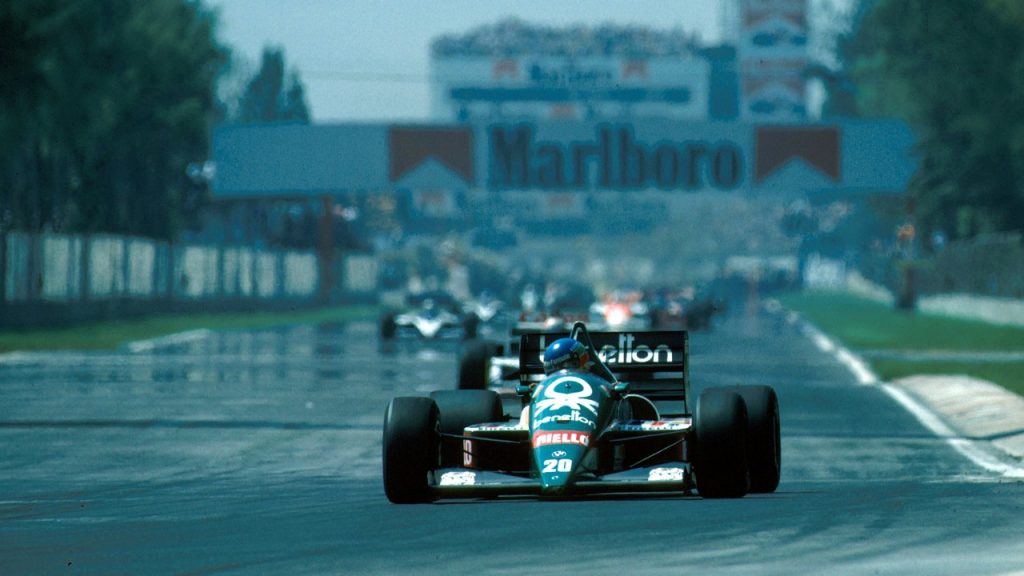 Formula 1 finally returned to the renamed Autódromo Hermanos Rodríguez in 1986, one year after a devastating earthquake had struck Mexico City. The circuit had been redesigned to improve safety, but the track surface remained uneven and the banked, 180-degree Peraltada corner was still the ultimate test of a driver’s skills and nerve. Racing for Benetton, Gerhard Berger achieved the first of his ten F1 victories after completing the entire race distance on one set of Pirelli tyres.

The 1987 Mexican Grand Prix was literally a race of two halves after a huge shunt from Derek Warwick brought out the red flag on Lap 31/63. Nelson Piquet took the chequered flag when the race was restarted, but his combined time was 26 seconds slower than teammate Nigel Mansell, who was awarded the victory on corrected time. 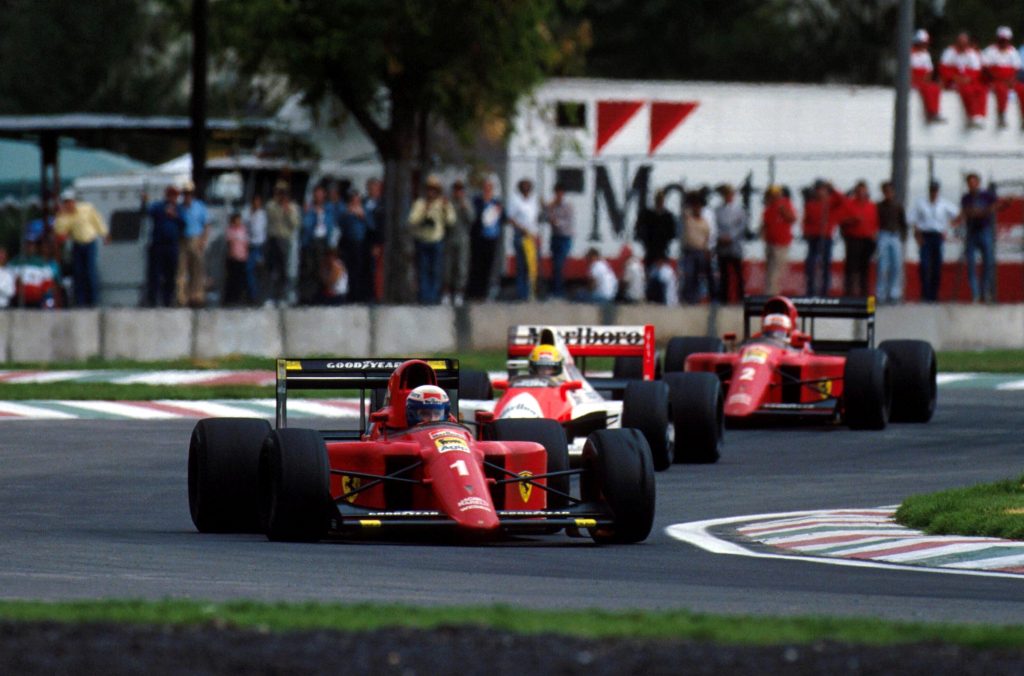 Alain Prost came through the field from thirteenth on the grid (and benefitted from the retirement of race leader Ayrton Senna) to win the 1990 Mexican Grand Prix, but it was the heroics of his Ferrari teammate Nigel Mansell for which the race is best remembered. In an extremely brave move at the circuit’s most dangerous corner, Mansell passed Gerhard Berger around the outside at Peraltada late in the race to seal a memorable 1-2 for Ferrari.

Nigel Mansell took his second victory at the Mexican Grand Prix in 1992, leading home Williams teammate Ricardo Patrese. A young Michael Schumacher finished third, scoring the first of his 155 podiums in Formula 1. Sadly, it was to be the final race at Autódromo Hermanos Rodríguez for some time as problems with the dangerously bumpy track surface were compounded by terrible air pollution and growing civil unrest in Mexico City.

With support from multi-billionaire Mexican businessman Carlos Slim, the Mexican Grand Prix finally returned to the Formula 1 calendar in 2015 after an absence of 23 years. The first race at the redesigned Autódromo Hermanos Rodríguez, featuring a new stadium section in place of the dangerous Peraltada corner, was won by Nico Rosberg for Mercedes.

Lewis Hamilton only took two points for ninth place at the 2017 Mexican Grand Prix, but it was enough to wrap up his fourth drivers’ title with two races to spare. The race was won by 20-year-old Max Verstappen for Red Bull as local hero Serio Pérez gave the passionate local fans something to cheer about by finishing seventh, his third consecutive points-scoring result at home. For the first time in F1 history, the post-race celebrations on the podium were followed by an after-race concert featuring Dutch superstar DJ Hardwell. 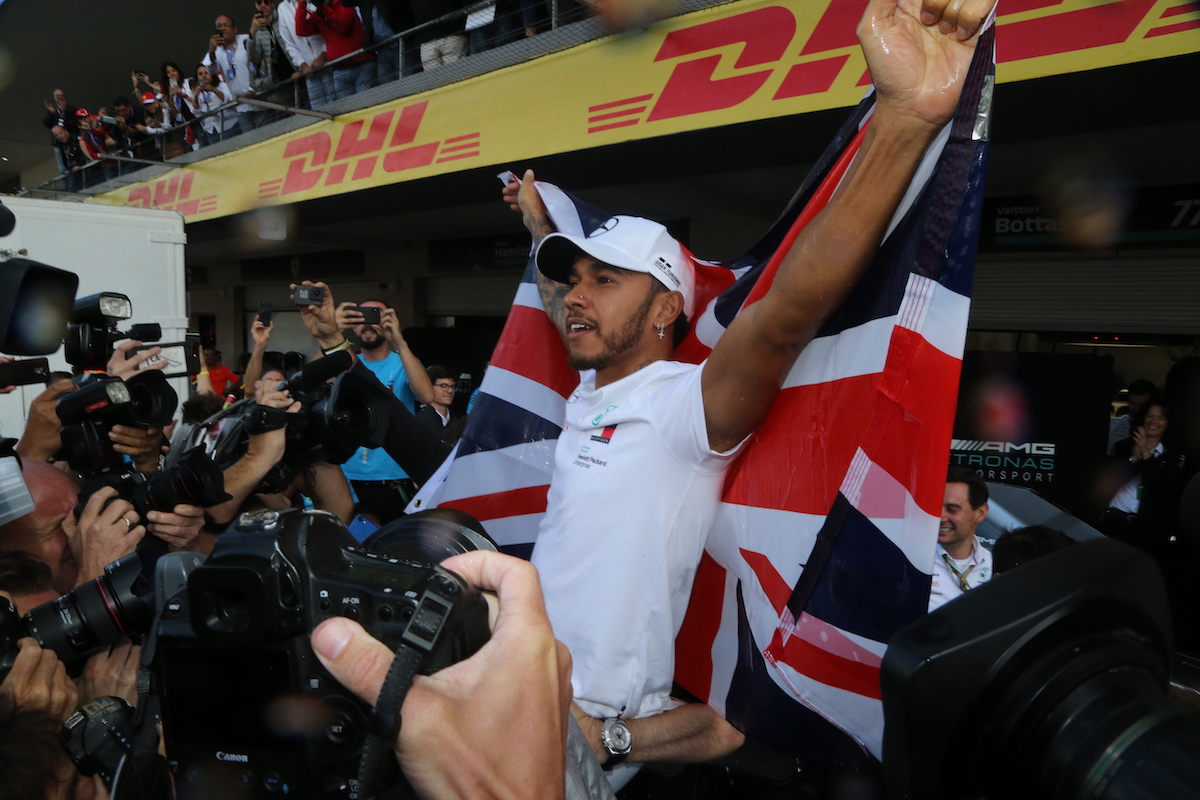 Max Verstappen became the first driver to win the Mexican Grand Prix back to back with an assured drive at Autódromo Hermanos Rodríguez in front of more than 135,000 fans, but Lewis Hamilton once again shared the limelight with the young Dutchman. By finishing just off the podium, Hamilton had sealed his fifth drivers’ title, equaling the great Juan Manuel Fangio.

Lewis Hamilton won for the second time in Mexico but was forced to wait until the following weekend’s United States Grand Prix to be crowned World Champion for a sixth time. A new contract was announced that guarantee’s Mexico’s position on the Formula 1 calendar until at least the end of 2022, with the race now known as the Mexico City Grand Prix.