One of the oldest motor races in the world, the Italian Grand Prix has been staged at the historic Autodromo Nazionale Monza for almost 100 years. 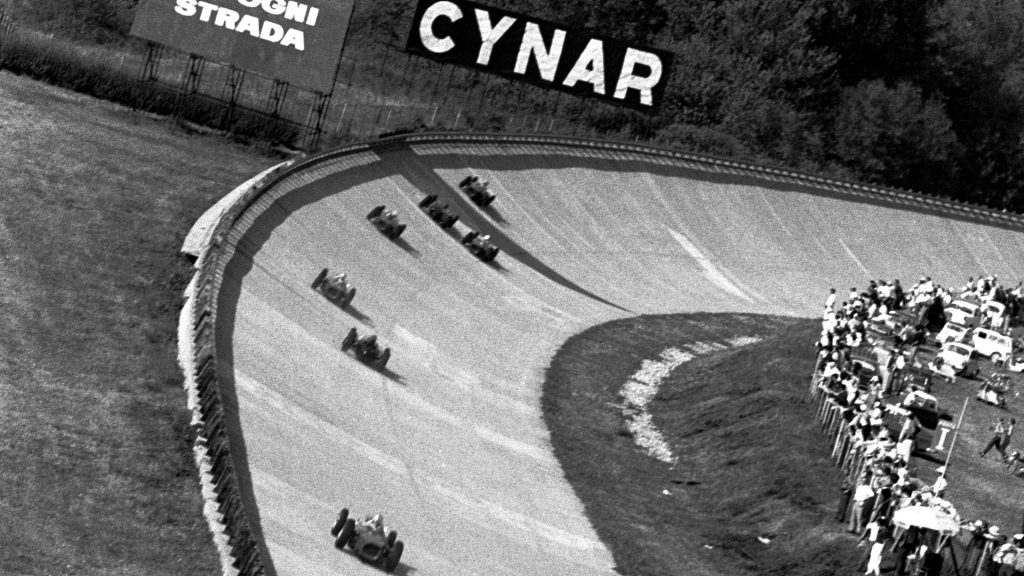 The second edition of the Italian Grand Prix was held at the newly-built Autodromo Nazionale Monza, located in a large park on the outskirts of Milan. The fast 10km circuit featured a banked section along with regular roads and was just the third permanent motor racing venue in the world. The 80-lap race was won in just under 6 hours by local driver Pietro Bordino, driving a Fiat.

The 1928 Italian Grand Prix, which was won by the Monégasque driver Louis Chiron, was overshadowed by one of the deadliest accidents in motor racing history. Attempting to overtake another car, Emilio Materassi lost control of his Talbot on the main straight and crashed into an unprotected grandstand, killing himself and over 20 spectators. The Italian Grand Prix wasn’t held for the next two years, but no changes were made to improve safety at the fast and dangerous circuit, which would claim the lives of many more drivers over the years.

For the first and only time, the Italian Grand Prix was staged at Circuito del Montenero in Livorno on a 7km street circuit that hugged the Mediterranean coastline. Rudolf Caracciola won the 50-lap race in the dominant Mercedes-Benz W125 by 0.4 seconds from teammate Hermann Lang.

After one-off events in Milan in 1947 and Turin in 1948, the Italian Grand Prix returned to Monza and held the final race of the inaugural Formula 1 World Championship in 1950. Alfa Romeo teammates Guiseppe Farina, Juan Manuel Fangio and Luigi Fagioli were all still in contention for the championship ahead of the race, but it was Farina who took the spoils and became the first and only Italian to clinch the drivers’ title on home soil. 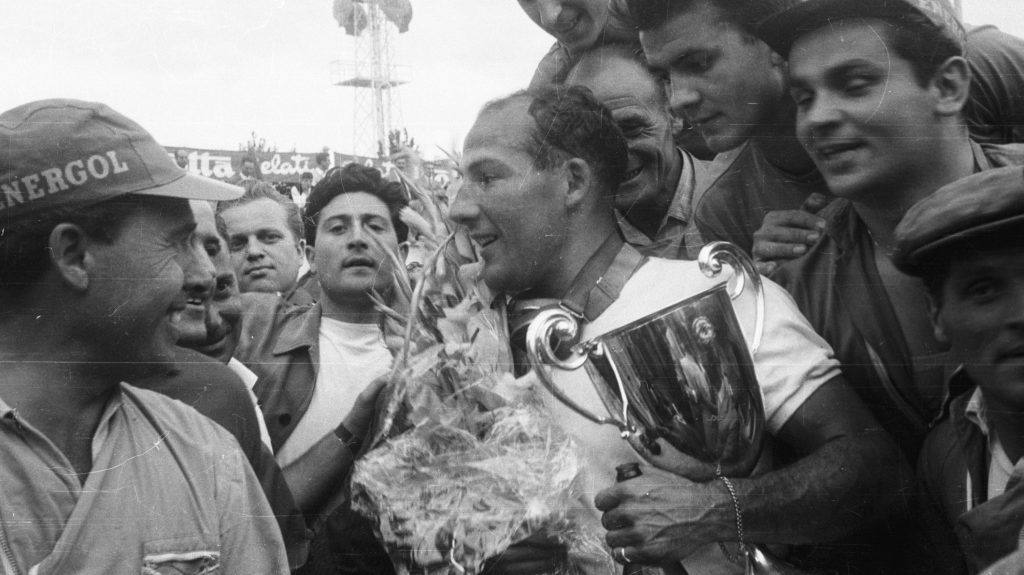 Stirling Moss took the first of his three consecutive victories at Monza in 1956 as Juan Manuel Fangio clinched the drivers’ title in controversial circumstances. After the steering on Fangio’s Lancia-Ferrari broke, his teammate Peter Collins put aside his own championship aspirations and handed his car over to the Argentinian – the two drivers shared the six points awarded for second, which secured Fangio his fourth World Championship.

After Wolfgang von Trips and 14 spectators were killed in a horror crash at the 1961 Italian Grand Prix, the high-speed banked section of Monza was never used again. Run on a shorter 5.75km layout of the circuit, the 1965 Italian Grand Prix was a classic duel between the best drivers of the day. Jim Clark, Graham Hill, Jackie Stewart and John Surtees traded the lead a record 40 times before Stewart overtook Hill on the last lap to record his first Grand Prix victory.

The 1970 Italian Grand Prix was marred by a tragic crash at Parabolica during practice that claimed the life of Lotus driver Jochen Rindt, who became Formula 1’s only posthumous World Champion after winning five times earlier in the season. Clay Regazzoni won the race for Ferrari, but the celebrations were muted on a dark weekend for Formula 1. 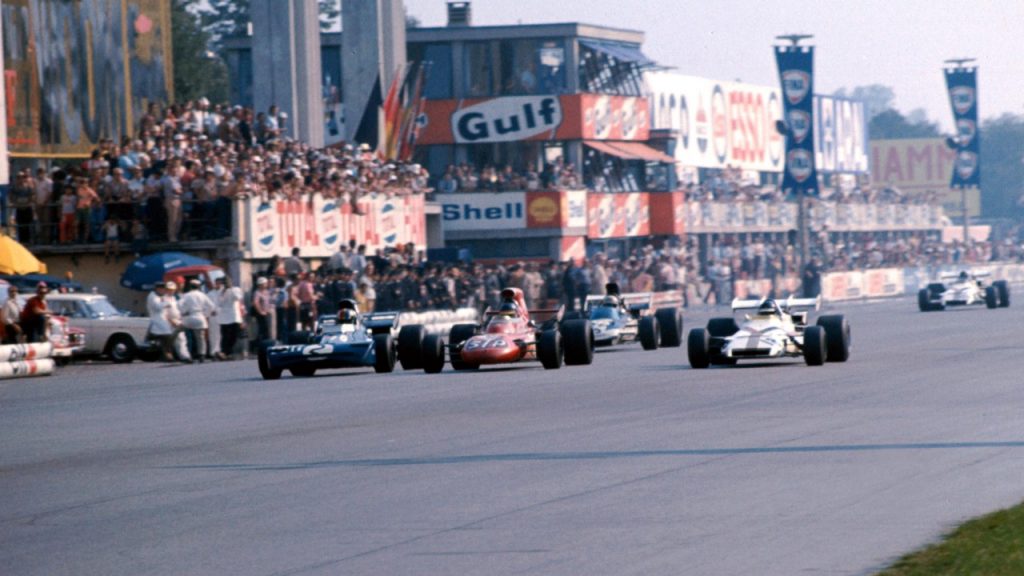 The closest finish in Formula 1 history saw the top five drivers separated by just 0.6 seconds on the finishing line. The 1971 Italian Grand Prix was the first and only Formula 1 victory for English driver Peter Gethin, who beat home Ronnie Peterson by just one hundredth of a second. The race was the final event held on the super-fast Monza circuit – chicanes were added at Variante del Rettifilo and Variante Ascari the following year in a bid to slow the cars down and improve safety.

In another tragic weekend at Monza, a multi-car crash on the first lap of the 1978 Italian Grand Prix claimed the life of 10-time race winner Ronnie Peterson. The Swedish driver was heroically pulled from his burning wreck by James Hunt, Clay Regazzoni and Patrick Depailler, but succumbed to an embolism in hospital the next day. Niki Lauda led home teammate John Watson for a Brabham 1-2 when the race was restarted three hours later. 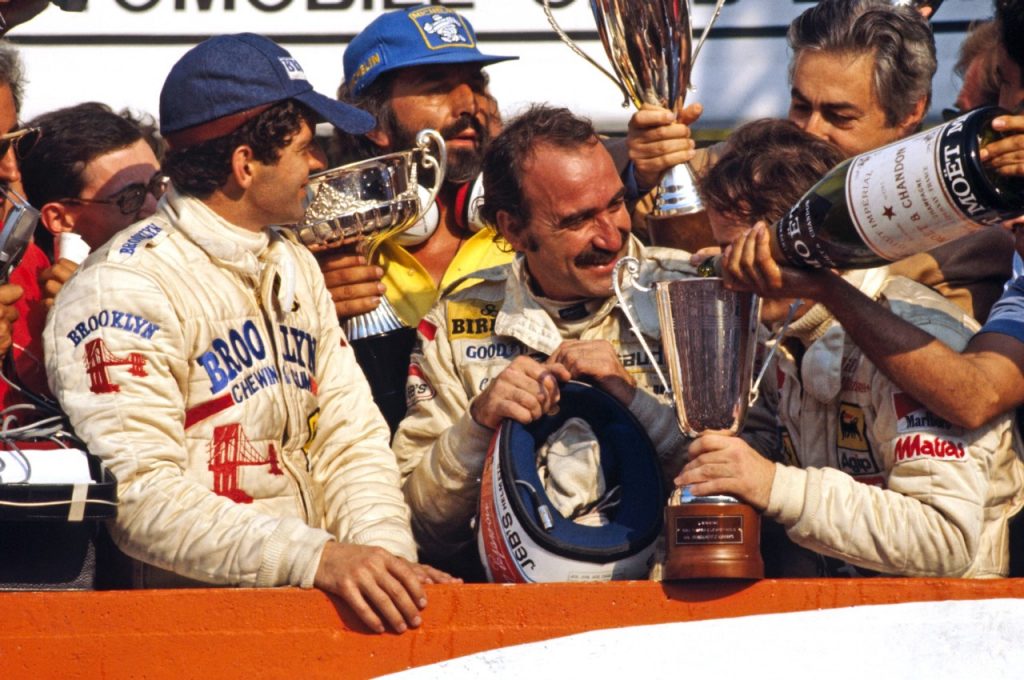 Ferrari’s 300th start in the World Championship was celebrated in some style when Jody Scheckter won the 1979 Italian Grand Prix for the Scuderia from teammate Gilles Villeneuve.
The 1-2 win at home sealed both the drivers’ title for Scheckter and the constructors’ title for Ferrari. It was the twelfth and final time that the drivers’ title was decided in Italy.

With Monza undergoing significant modernization works, including the construction of a new pit building, the Italian Grand Prix was held at the Imola circuit for the only time in the modern era and won by Nelson Piquet for Brabham. Monza returned as host of the Italian Grand Prix the following year, while Imola remained on the calendar as the home of the San Marino Grand Prix for the next 25 years.

Less than a month after the death of founder Enzo Ferrari, Gerhard Berger took an emotionally-charged victory for the Scuderia at Monza in 1988. In a season that had been dominated by McLaren-Honda, Ferrari were gifted the victory by the unlikely savior of Jean-Louis Schlesser. Driving in only his second Formula 1 race weekend, the 40-year-old Frenchman (who was deputizing for an ill Nigel Mansell at Williams), punted race leader Ayrton Senna into a spin and out of the race with just two laps remaining. It was the only race of the season not won by McLaren. 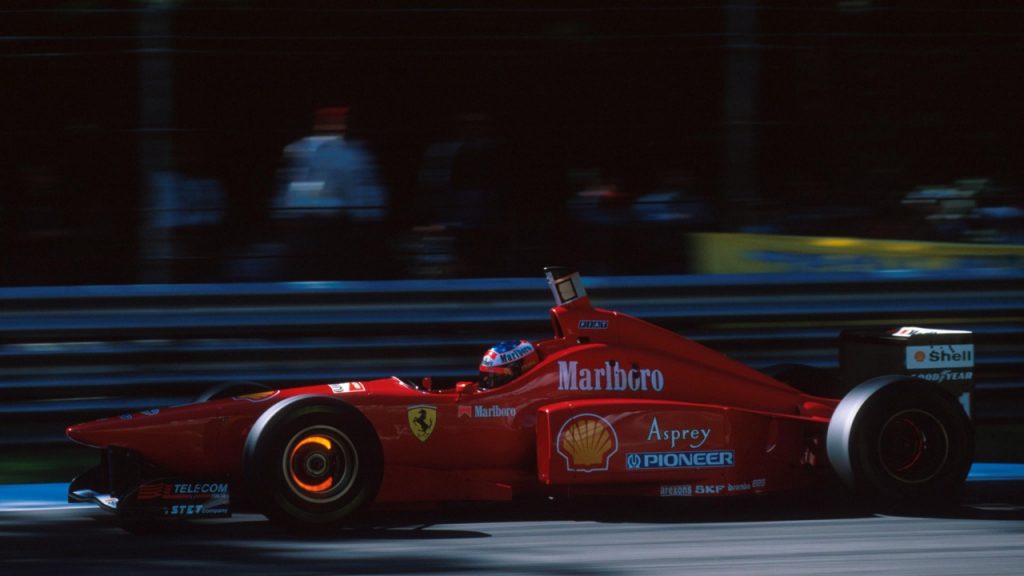 Michael Schumacher won the hearts of the tifosi with the first of his five victories at Monza in 1996. The Ferrari F310 that Schumacher used during his maiden season with the Scuderia was by no means the fastest (or most attractive) car on the grid, but Schumacher drove a smart race from third on the grid – and managed to stay away from the temporary tyre barriers on the opening chicane that ruined the chances of Damon Hill and others – to win by almost 20 seconds in front of an adoring home crowd.

Michael Schumacher averaged 247.585 km/h (153.842 mph) en route to victory in the 2003 Italian Grand Prix – the highest average speed of all time. At 1 h 14 min 19.838s, the race was also the shortest ever race F1 completed to a full distance. It was a less memorable weekend for Michael’s brother Ralf, who was forced to pull out of the race after suffering concussion in a testing accident.

Sebastian Vettel made the best of the wet conditions at Monza in 2008, taking pole position and achieving a remarkable debut victory for the midfield Toro Rosso team. In the process, Vettel became both the youngest polesitter (a record he still owns) and youngest race winner (a record since claimed by Max Verstappen). It remains the only Formula 1 victory for Italian-based Toro Rosso (now known as AlphaTauri), which had taken over the struggling Minardi team three years earlier.

Lewis Hamilton won the Italian Grand Prix, his second of five victories at Monza in the turbo-hybrid era. Using a new specification of the Mercedes power unit, Hamilton was in a class of his own at the power-hungry Monza circuit en route to the second “Grand Slam” of his career – the Brit took pole position, set the fastest lap and led every lap of the race. 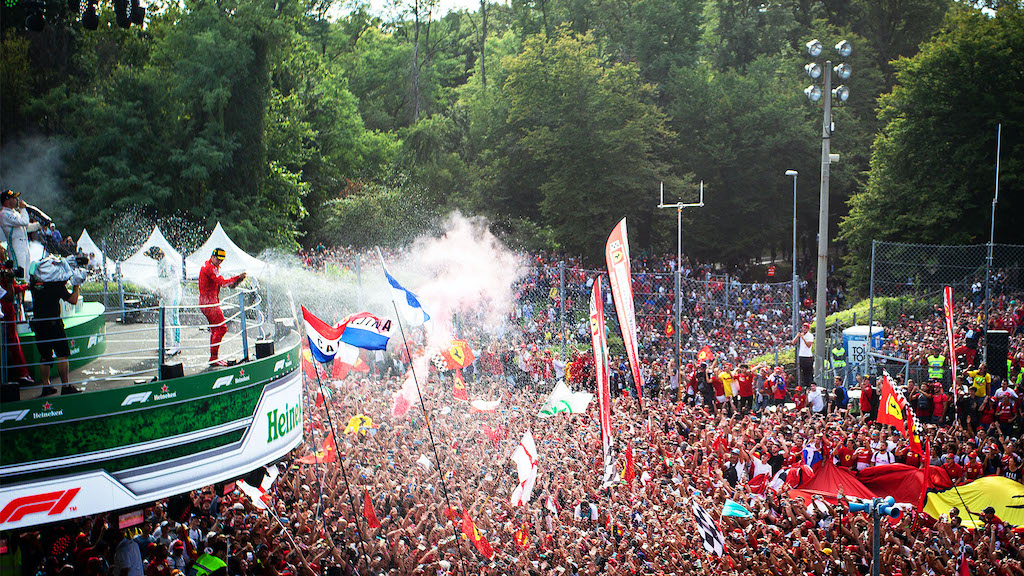 Ferrari’s exciting new recruit Charles Leclerc gave the tifosi a weekend to remember by taking the team’s first victory at home in almost ten years. Leclerc fended off a sustained challenge from both Mercedes drivers to record a hard-fought victory, his second in Formula 1 after winning the previous weekend’s Belgian Grand Prix. It was also announced that Monza had signed a new 5-year contract with Formula 1, ensuring the historic circuit remains on the calendar until at least 2024.

Last year’s Italian Grand Prix will live long in the memory as one of the most exciting races seen at Monza in recent times. An eventful afternoon saw AlphaTauri’s Pierre Gasly secure a shock maiden win to become the first French F1 winner in 24 years and he was joined on the podium by McLaren’s Carlos Sainz and Racing Point’s Lance Stroll. Remarkably, it was the first grand prix in almost nine years not to feature either a Red Bull, Mercedes or Ferrari driver on the podium.