The making of a World Champion: Sebastian Vettel in Turkey

From his Formula 1 debut to a controversial clash with Red Bull teammate Mark Webber, the Turkish Grand Prix was the scene of many key moments in the rise of Sebastian Vettel. 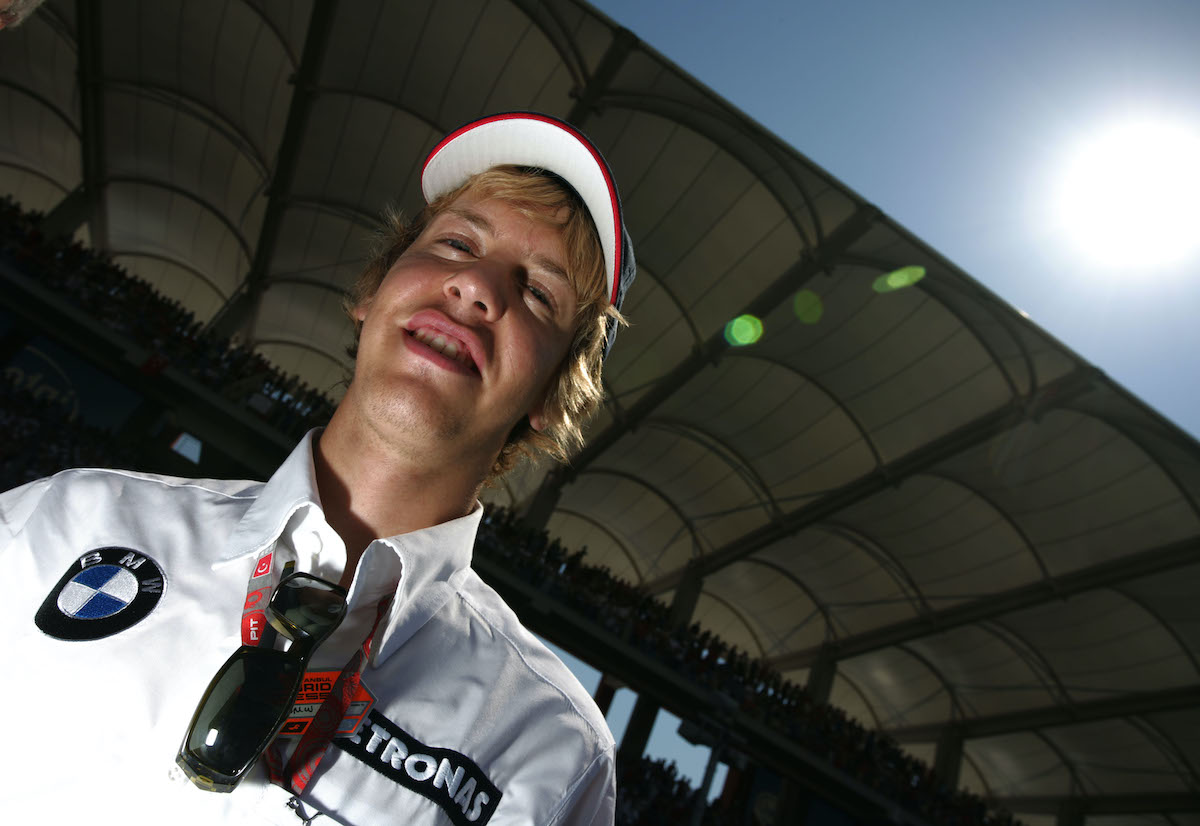 Aged 19 years and 53 days, a fresh-faced Sebastian Vettel became one of the youngest drivers to take part in a Formula 1 weekend when he drove for BMW Sauber in Friday’s free practice sessions at the 2006 Turkish Grand Prix. It wasn’t an auspicious start for the young German, who set a Formula 1 record for the shortest time elapsed before earning a penalty – Vettel was fined for speeding in the pit lane just 9 seconds into his Formula 1 career! Thankfully, things went better on the track for Vettel, who recorded the fastest time in Free Practice 2. Vettel was given another six further Friday practice outings with BMW Sauber before making an eye-catching race debut for the same team at Indianapolis less than 10 months later. Called in to replace Robert Kubica, who was still recovering from his huge accident in Canada one week earlier, Vettel qualified well and joined an elite group of drivers who have scored points in their Formula 1 debut. It wasn’t long after that the Red-Bull backed driver was called up for a full-time driver at Toro Rosso, replacing Scott Speed.

Vettel’s subsequent record at Istanbul Park is a story of contrasting fortunes. Competing in only his third Formula 1 race, Vettel qualified his Toro Rosso near the back of the grid and finished a lap down on winner Felipe Massa at the 2007 Turkish Grand Prix. Vettel’s fortunes didn’t improve much the following year, when he finished last in Turkey for Toro Rosso. But the race would represent a turning point for the German, who’d started the 2008 season with four DNFs. In the thirteen races after Turkey, Vettel record nine points finishes – including a sensational pole position and debut win at Monza. Apprenticeship served; it was time for Vettel to graduate to the senior Red Bull team.

Having already claimed Red Bull’s maiden pole position and race win in Shanghai earlier in the season, Vettel was one of the frontrunners by the time Formula 1 arrived at Istanbul Park in 2009. But he was also up against a formidable opponent in Brawn GP driver Jenson Button, who had taken five wins from the first six races. Vettel beat Button to pole at Istanbul Park, but a costly mistake on the opening lap – when he ran wide at Turn 9 – cost him any realistic chance of victory. Button won his sixth and final race of the season for Brawn GP in Turkey and although Vettel mounted a spirited fightback in the second half of the season, including further wins at Silverstone, Suzuka and Yas Marina, the Briton’s early lead was insurmountable. Vettel’s championship ambitions would have to wait another year.

Coming into the seventh race of the 2010 season in Turkey, Vettel and Red Bull teammate Mark Webber were neck and neck at the top of the drivers’ standings with 78 points each. Having claimed victory in the previous two races in Spain and Monaco, a motivated Webber carried his momentum to Istanbul Park, claiming pole position from Lewis Hamilton with Vettel in third.

But it would be an incident on Lap 40 that would define the relationship between Webber and Vettel for the rest of their time together at Red Bull. Using a faster engine setting, Vettel challenged Webber for the lead of the race on the back straight – the pair collided, and Vettel was out. The drivers blamed each other for the accident, while Red Bull boss Christian Horner and advisor Helmut Marko seemed to point the finger at Webber. It wouldn’t be the first time that the Australian driver would feel that the team was favouring his younger German teammate. Ultimately however, the clash didn’t prevent Vettel from claiming his first World Championship in dramatic fashion at the final race of the season in Abu Dhabi. Watch the Top 10 moments in the Turkish Grand Prix. 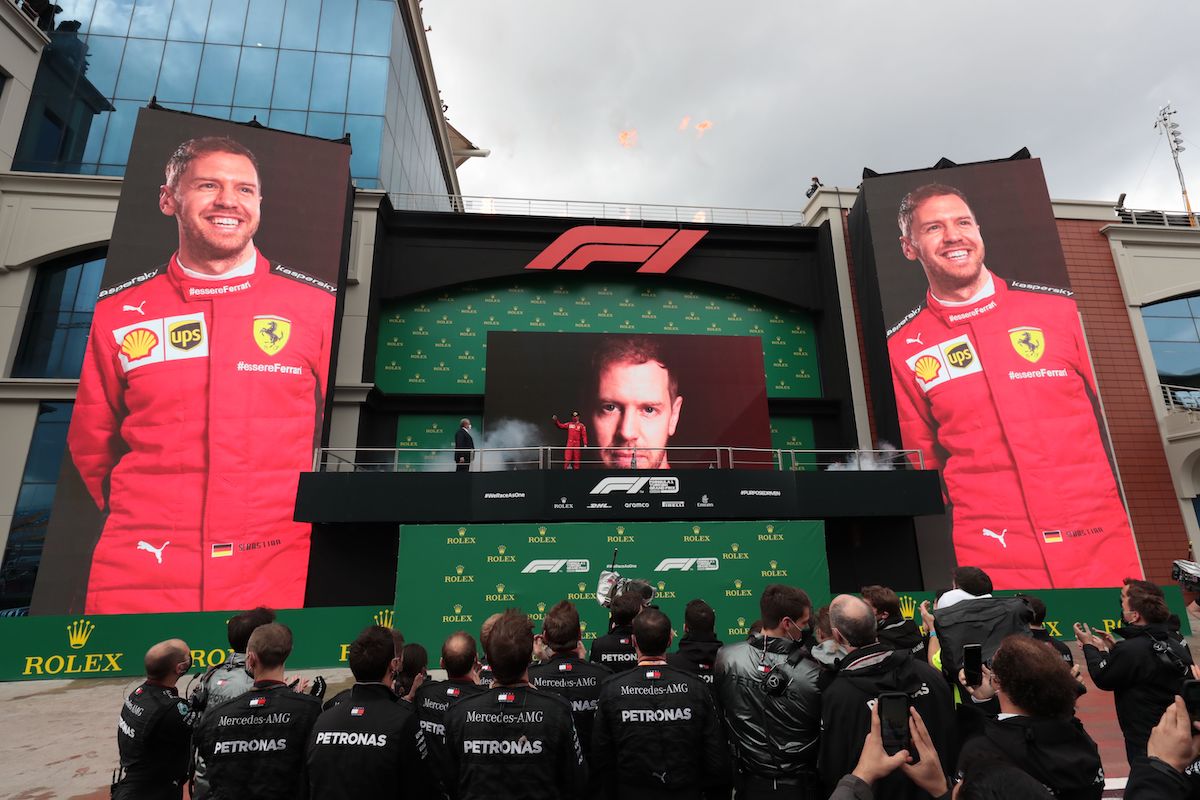 Vettel’s ascent to the pinnacle of Formula 1 was complete by the time the 2011 Turkish Grand Prix took place - it would be the last race at the circuit for 9 years. The reigning World Champion had already taken two wins from the opening three rounds of the season and was looking unbeatable. After recovering from a heavy crash in the wet during practice, Vettel took his second pole position at Istanbul Park and controlled the race from start to finish. "He is flawless at the moment," said David Coulthard at the time. "He is setting the standards in qualifying and how to win a Grand Prix." Watch the highlights of the 2011 Turkish Grand Prix.

Istanbul Park made a surprise return to the F1 calendar in 2020. In tricky conditions on a very slippery track, Vettel scored his only podium finish of his final season with Ferrari after finishing in a fine third place. Vettel returns this year with Aston Martin for his seventh start at Istanbul Park.