Many years in the making, the Russian Grand Prix debuted on the Formula 1 calendar in 2014 at the purpose-built Sochi Autodrom circuit in the Black Sea resort town of Sochi. 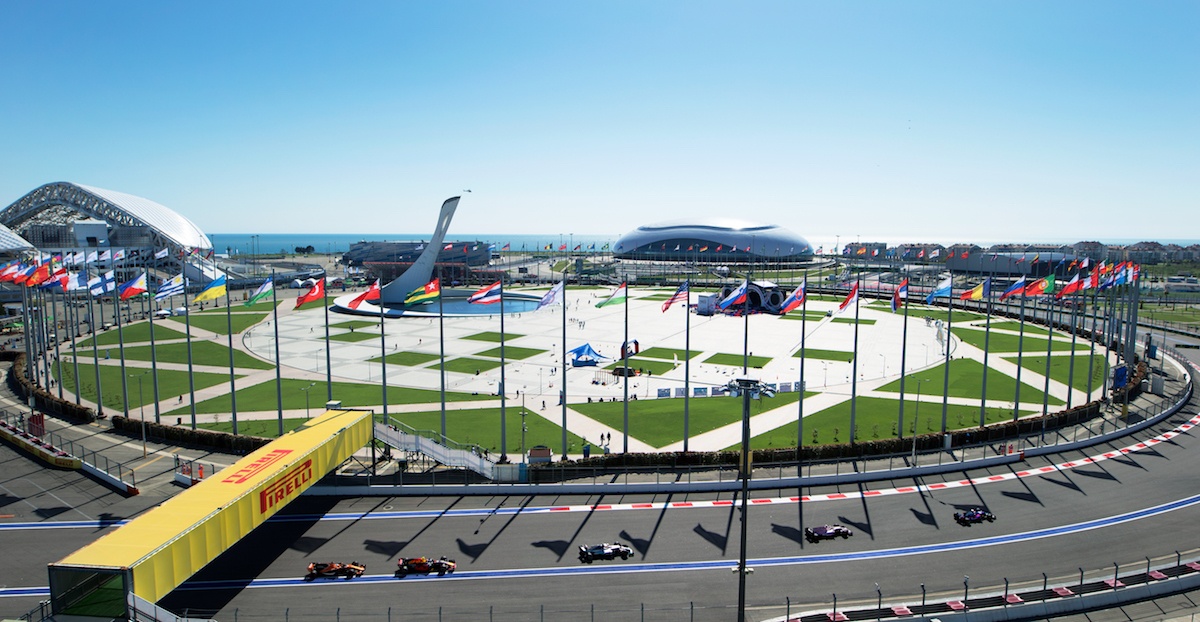 Former F1 boss Bernie Ecclestone announced plans for a Moscow Grand Prix in the early 1980’s, but the race never got off the ground due to bureaucratic issues. After several further false starts in the 2000’s, the Russian Grand Prix was officially announced in 2010, the same year that Russia’s first Formula 1 driver, Vitaly Petrov, debuted on the grid for Renault. The race was to be held at a brand new, purpose-built circuit in Sochi.

Sochi Autodrom was constructed as part of the Olympic Park precinct in the district of Adler for the 2014 Winter Olympics, which hosted indoor events such as ice hockey and skating, as well as the opening and closing ceremonies. Sochi Autodrom was classified as an official Olympic venue, even though it hosted no events during the games.

Designed by Hermann Tilke, the circuit features permanent pit and paddock facilities, but also runs on several sections of public road past landmarks such as the Bolshoy Ice Dome and Adler Arena Skating Centre. The first race of a seven-year contract was staged in October 2014, just eight months after the Winter Olympics. A further five-year contract has already been signed to guarantee the Russian Grand Prix’s position on the F1 calendar until at least 2025.

START PLANNING YOUR TRIP TO THE 2019 RUSSIAN GRAND PRIX