We're excited to announce that former Force India driver and current Mercedes reserve driver Esteban Ocon will be our special guest for Friday's Paddock Club Reception at Sochi Autodrom on the weekend of the 2019 Russian Grand Prix.

Get your Starter, Trophy or Hero Ticket Package to meet the popular French driver with F1 Experiences at Sochi Autodrom on 26-29 September. 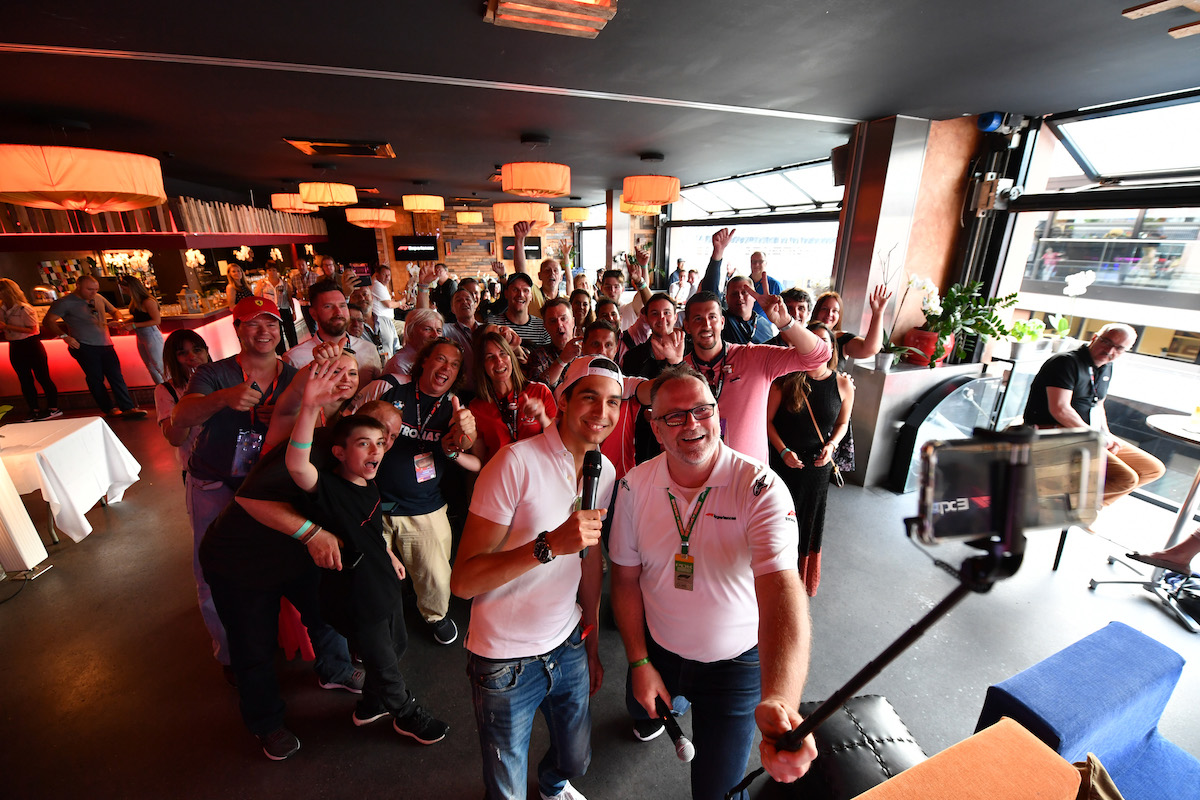 
Esteban Ocon may have landed his F1 seat mid-season in 2016, following the departure of Rio Haryanto from Manor, but the Frenchman arrived on the grid with plenty of relevant experience, having tested both that season’s Renault and Mercedes F1 machinery.

Born in Evreux, Normandy in 1996, the Frenchman enjoyed success in karting before progressing to single-seaters in 2012. Two years later, he won the FIA F3 Euro championship in some style with 9 wins, 21 podiums, 15 pole positions and 7fastest laps! He also made his F1 Grand Prix weekend debut thanks to a Friday practice outing for Lotus at the Abu Dhabi season finale.

A member of Mercedes’ junior driver programme, Ocon was ‘loaned’ to Renault as their F1 reserve for the start of 2016. He also tested for Mercedes’ F1 squad, and began his first full DTM campaign with the company. During August’s F1 summer break of 2016, it was announced that he would join the Mercedes-powered Manor team for the remainder of the season, making his Grand Prix race debut at Belgium’s famous Spa-Francorchamps circuit. He acquitted himself well against highly-regarded team mate (and fellow Mercedes protege) Pascal Wehrlein, before beating his German colleague to a 2017 race seat with another Mercedes-engined team, the ever-improving Force India squad.

A force to be reckoned with for the 2017 season, the young Frenchman notched up some impressive results for the season, finishing out of the top 10 on just two occasions. Ocon finished 8th overall in the drivers’ championship in his first full season of Formula 1 with 87 points, and helped Force India to a second consecutive 4th place finish as a constructor.

The good results continued for Ocon with Force India in 2018 until the Belgian Grand Prix at Spa-Francorchamps, where team went into administration.  Ocon completed the rest of the season for the new Racing Point team, scoring 49 points for 12th in the World Championship. Ocon had to make way for Lance Stroll at Racing Point in 2019, leaving the French driver on  the sidelines and without a regular race seat. Mercedes stepped up to offer Ocon reserve driver duties this season as the 22-year old searches for a return to the grid in 2020 or 2021. Click here to read more Esteban Ocon articles.