Inside the F1 Paddock with F1® Experiences

Formula One isn’t for everyone. Even after watching a race or two, many fans struggle to understand what the fuss is all about. That’s because what happens on race day is only part of the story. Championships are won and lost through complex deals done behind closed doors; the intrigue, technological trickery, politics and parties happen in an unseen world, hidden from outsiders.

For years, the only way the average fan could catch a glimpse of this world was on television or through the fence at the track. This has all changed with the arrival of F1® Experiences, who are taking fans behind the scenes, on the track, into the pits and through the paddock. On race weekends! This is every bit as mind-blowing as it sounds, especially for fans who have followed the sport for many years.

My friends and I recently took part in a paddock tour with F1 Experiences at the 2017 Malaysian Grand Prix. After watching Friday’s F1 practice sessions at Sepang, we met the F1 Experiences team at 6pm. Our allocated guide for the tour was Sam Power, an ex-racer who hails from Adelaide, our hometown! Great start. We hadn’t even entered the paddock proper before we interrupted a piece to camera by F1 reporter Tom Clarkson. Apologies made, we ventured inside and immediately ran into Ferrari driver Kimi Räikkönen, who was leaving in a hurry. 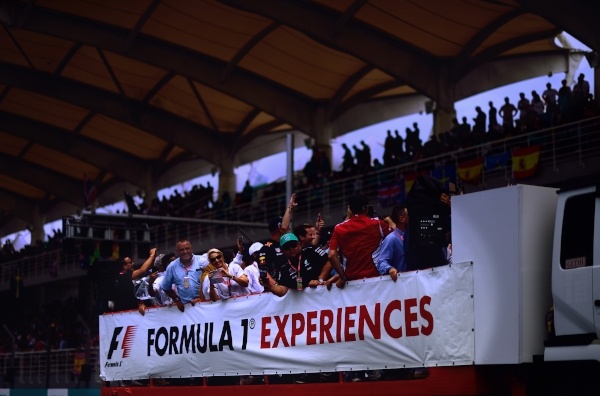 It wasn’t long before we encountered more F1 drivers and personalities including Jacques Villeneuve, Pascal Wehrlein, and Kevin Magnussen. We even managed a couple of quick selfies. Wow, we were inside the paddock on a race weekend, seeing the F1 world in its natural environment.

Our first stop was the Renault garage, where Geoff Simmons, Race Team Coordinator, gave us some fascinating insights into the inner workings of an F1 team, including the huge hours the team puts in over a race weekend, twenty times per year!

Tech secrets are closely guarded in Formula 1, so we were asked not to take any pictures of the car, which lay exposed as a team of mechanics worked frenetically on various internal parts, and race driver Nico Hulkenburg discussed strategy with his engineer. Next, we visited the Pirelli compound to learn a little more about the business of making these incredibly quick cars stick to the track. Mechanics from different teams were coming in and out to collect and return their individually marked tires in different compounds, from super soft to hard. 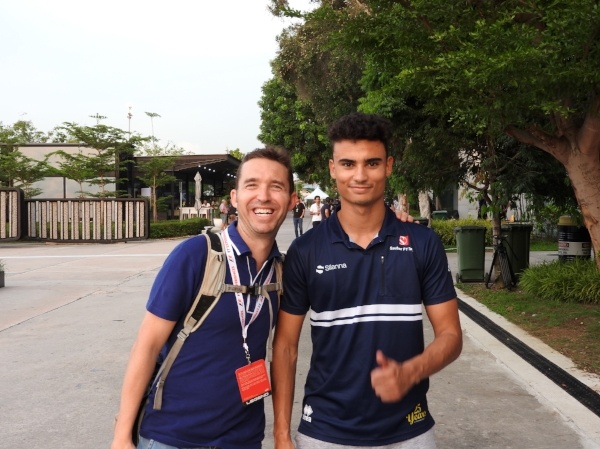 The paddock was quiet, but the F1 media were still hard at work conducting interviews with team bosses and drivers. We caught glimpses of more F1 stars including Felipe Massa from Williams, Maurizio Arrivabene, Ferrari’s Team Principal and Jos “the Boss” Verstappen, ex-F1 pilot and father of Max.

Sam took us back into the main pits building for an insightful and fun chat with F1 safety car driver Bernd Mayländer, who we all agreed was a hell of a nice guy. “The safety car is the best place to work here at Sepang, because I have air conditioning,” said Mayländer, who also described how he needs to drive within his limits, even when the F1 drivers are complaining he is too slow; “I go as quickly as possible, but my car is still 8 seconds per kilometer slower than an F1 car, so the difference is huge.”

Upstairs, we visited the cool-down room where the drivers chat after the race. We also ‘faced the press’ in the media room and were allowed on the podium for a leap, which was captured by the F1 Experiences photographer and sent to us the following week. 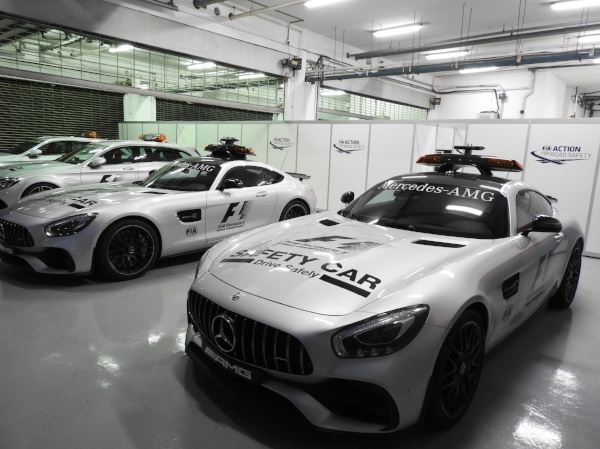 What better way to conclude our tour than with open-bar drinks and hors d'oeuvres in the Paddock Club? After we had cooled down a little from the heat of Sepang, Luc Domenjoz-Mayor from F1 Experiences welcomed special guest Esteban Ocon to the stage.

Force India’s talented newcomer told us how it is to drive Sepang (“super-fast, lots of high G-force turns”) before signing autographs and posing for selfies. We also had the chance to do a few virtual laps of Sepang in a full-size F1 simulator with Oculus Rift glasses. It took a while to get the hang of it, but I was happy to get under 2 minutes on my last lap!

Finally, finally, finally… after all these years Formula One is opening the gates and letting fans see what makes this sport so special. If you are considering buying one of F1 Experiences packages for an upcoming race, I have one piece of advice for you. Just go for it! The memories are priceless. 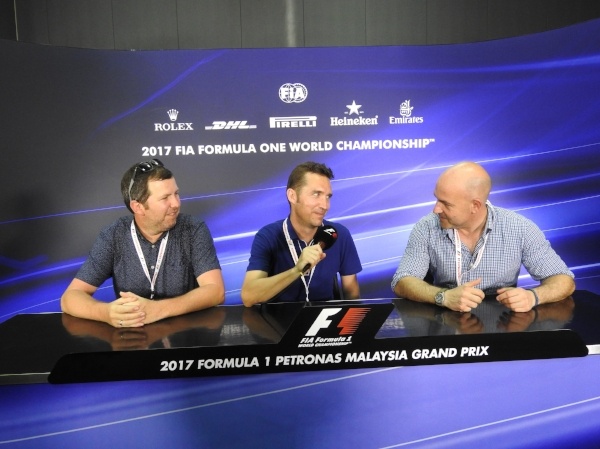 A weekend of non-stop action and exclusive access, F1® Experiences guests had an unforgettable experience and made memories that will last a lifetime. With access to races worldwide, you can experience F1® like never before through F1® Experiences. Official Ticket Packages include driving tours of the track, driver meet-and-greets, pit lane walks, Paddock Club parties and more! For more information, fill out the information request below or call 1.888.326.5430 to be contacted by an F1 Experiences Sales Representative for this once in a lifetime racing experience.