It’s a wrap. The Elite Supercar Tour Monaco is over for another year. Let’s look back on an unforgettable week which saw our guests drive on some of the most scenic and challenging roads in Europe, dine at the finest Michelin-starred restaurants and stay at the best 5-star boutique hotels en route to a weekend of VIP hospitality at the 2019 Monaco Grand Prix. 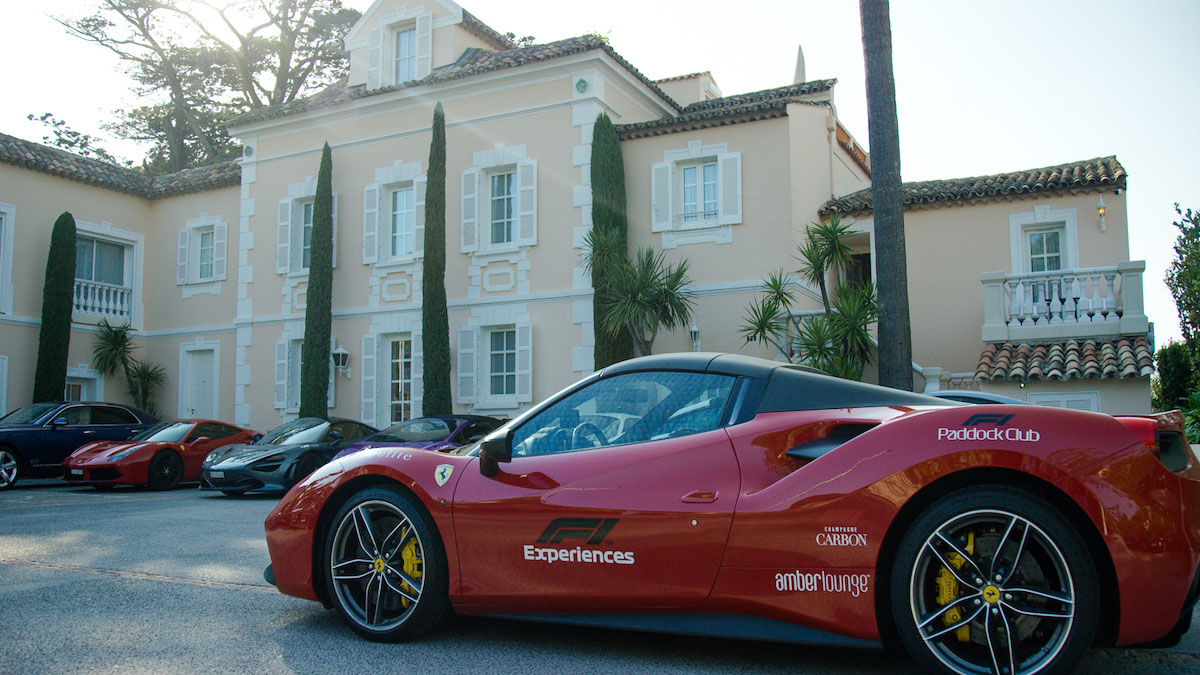 The first Elite Supercar Tour of the year to the 2019 Monaco Grand Prix was a huge success. Led by professional race driver, Oliver James Webb, the 12-car tour started on the Costa Brava near Barcelona and finished with a glamorous weekend in Monte Carlo.

After a memorable gala opening dinner at Terra Restaurant, it was time to hit the road. The first day of driving saw our supercars cross the stunning Pyrenees mountain range before overnighting in the fortified city of Carcassonne. Next, the tour headed to Circuit Paul Ricard, home of the French Grand Prix, where our guests hit the Formula 1 circuit in their supercars for the ultimate bucket-list experience. After a memorable dinner and overnight stay in the exclusive resort town of Saint-Tropez on the French Riviera, it was time to head to Monaco for a weekend of VIP hospitality at the Monaco Grand Prix.

Highlights of an exciting weekend in the Principality included watching the on-track action from the Champions Club at the Ermanno Penthouse and an exclusive Friday-night party aboard F1 Experiences’ yacht, the Sirocco. Many tour guests also took the opportunity to upgrade to the Amber Lounge after party, where they joined celebrities and Formula 1 drivers to bring the curtain down on an unforgettable week.

“I’ve been lucky enough to have participated in many car events, tours and experiences around the world run by manufacturers, tour operators and sponsors but nothing has quite reached the overall experience I’ve had with Elite Supercar Tours and F1 Experiences. From the intimate, family feel of the tour to the breathtaking roads and dining experiences, it hasn’t been one thing that’s stood out for me, rather the experience as a whole and every finite detail that’s been looked into during the tour’s preparation. I’ve met some fantastic people, made friends for life and found a perfect balance of driving to experience that is hard to find on car tours these days.”

“Such an incredible week of amazing roads, stunning hotels and some of the best Michelin Star restaurants that Spain and France have to offer. We finished with a great weekend at the Monaco Grand Prix, filled with yacht parties, the best Formula 1 hospitality and the Amber Lounge Official F1 after party featuring Sigala. A massive thank you to everyone who made it possible and such a memorable experience. Here is to the next one for the Monza F1 Grand Prix in September. Who’s joining us?”

Missed out on Elite Supercar Tour Monaco? A limited number of spaces are still available for the 2019 Elite Supercar Tour Monza, which begins at the iconic Gritti Palace Hotel in Venice on 1 September. This exclusive 8-Day driving tour takes in stunning mountain passes in Slovenia and the Dolomites, plus pit stops at some of the region’s finest restaurants and most exclusive boutique hotel before culminating in an unforgettable weekend of VIP hospitality at the Italian Grand Prix.

SECURE YOUR PLACE ON THE ELITE SUPERCAR TOUR MONZA