Baku City Circuit debuted on the Formula 1 calendar in 2016 as the host of the European Grand Prix, but it wasn’t until the second and third editions of the race – after it was renamed the Azerbaijan Grand Prix – that this street circuit on the Caspian Sea shoreline delivered two modern classics. 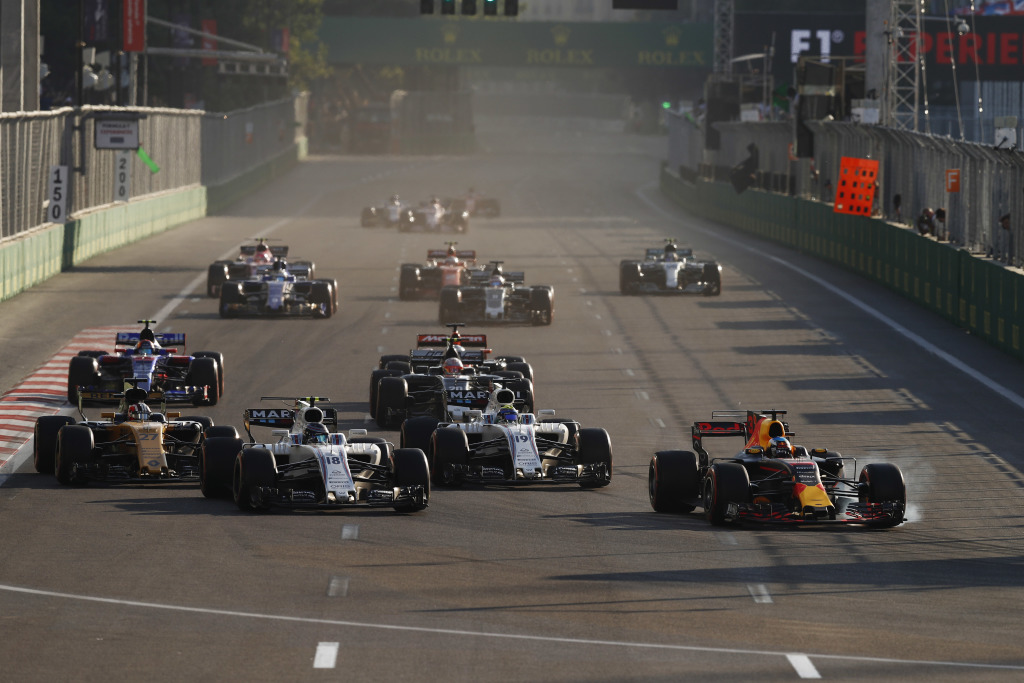 Daniel Ricciardo came from a lowly tenth on the grid to achieve an unlikely victory for Red Bull in an action-packed race on the streets of Baku two years ago, thanks in part to a move that earned him an award for best overtake of 2017. Following an early Safety Car period, the Honey Badger used slipstream down Baku’s long home straight to dispatch Felipe Massa, Nico Hülkenberg and Lance Stroll into Turn 1, moving from sixth to third in the process. Ricciardo took the lead soon after as both drivers in front of him pitted (Hamilton to fix a loose headrest and Vettel to serve a 10-second Stop/Go Penalty) and never looked back, recording his fifth Grand Prix victory for Red Bull. Watch the stunning move here. 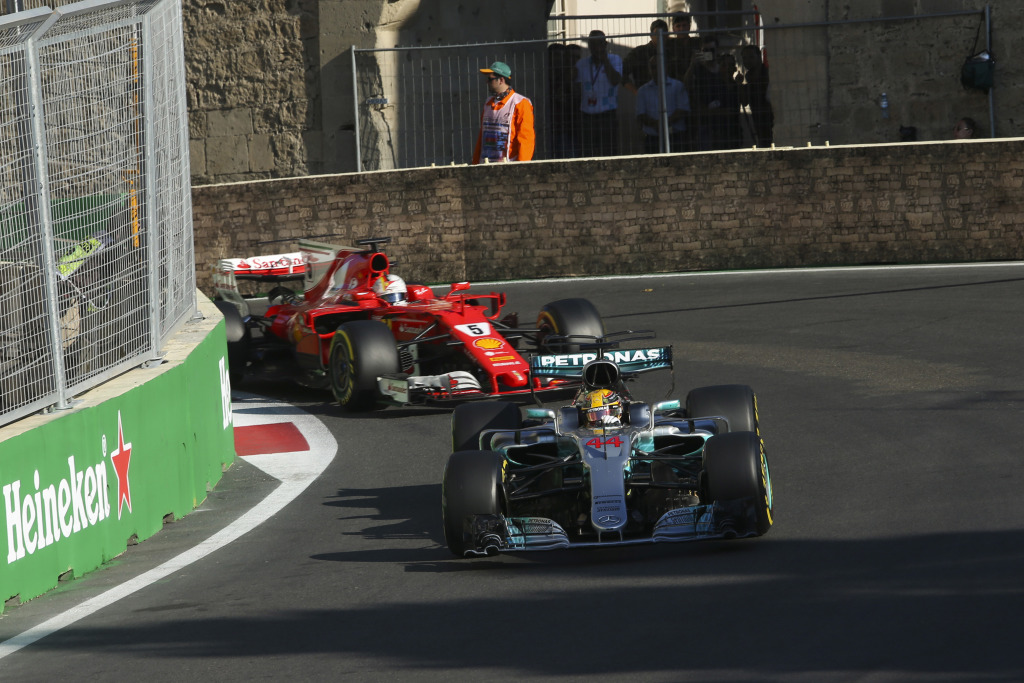 The 2017 Azerbaijan Grand Prix was also notable for a controversial incident between Sebastian Vettel and Lewis Hamilton. Leading the field behind the Safety Car on Lap 19, Hamilton was hit from behind by Ferrari rival Vettel, who claimed that the Brit had brake-tested him and showed his displeasure by coming up alongside Hamilton and then driving into him! Subsequent replays and telemetry showed that Hamilton had not applied the brakes and Vettel was awarded a 10-second Stop/Go Penalty for dangerous driving. Click here to watch a replay of the incident and hear what the two drivers had to say about it afterwards. 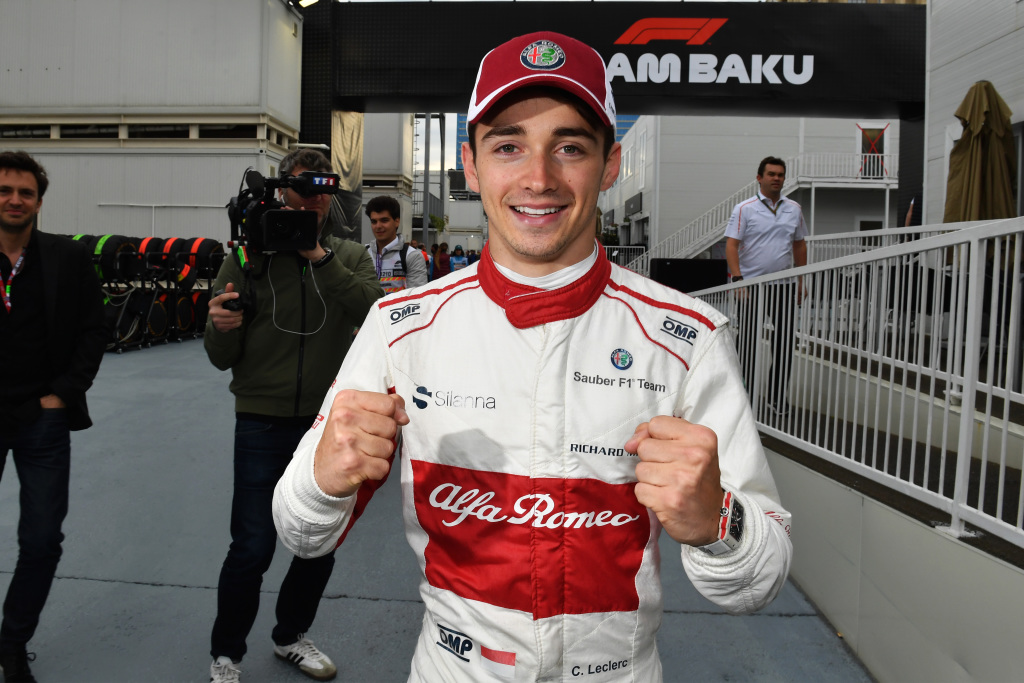 A star is born

Charles Leclerc has impressed many F1 fans with some eye-catching performances this year for Ferrari, but those in the know have been tipping the Monégasque driver as a future champion for some time. And his recent performances in Baku go a long way to explaining his potential. Just days after losing his father to a long illness, a composed Leclerc – 19 years old at the time – took pole position, fastest lap and the feature race victory in Formula 2 at the 2017 Azerbaijan Grand Prix. He also charged through the field in the sprint race to cross the line first, but was later given a 10-second penalty for failing to slow down enough under yellow flags, dropping to second. Leclerc continued his good form in Azerbaijan last year. In just his fourth Formula 1 start, he emerged from a chaotic race with a well-earned sixth place for Sauber. Watch the highlights from Leclerc’s Championship-winning 2017 Formula 2 season here. 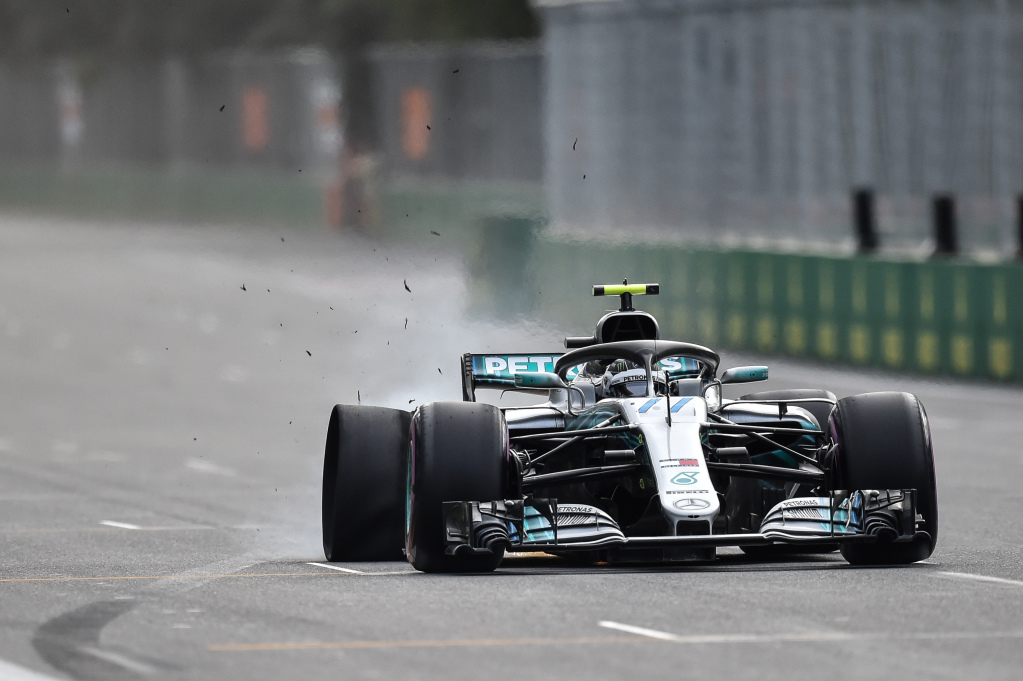 Last year’s thrilling Azerbaijan Grand Prix started with a chaotic first lap that eliminated several drivers and saw several more head to the pits with accident damage, but the front runners mostly stayed out of trouble until Lap 40. That’s when the Red Bull duo of Daniel Ricciardo and Max Verstappen collided on the Main Straight, sending them both into retirement and bringing out the Safety Car. This played into the hands of race leader Valtteri Bottas, who pitted for his first stop of the race and looked set for a strong victory as the Safety Car stayed out until just four laps from the end. Bottas fended off an optimistic lunge from Sebastian Vettel when the race finally restarted, but was robbed of the win just one lap later when he ran over debris on the Main Straight and suffered a puncture, handing a lucky win to his Mercedes teammate Lewis Hamilton. Click here to watch the highlights of the 2018 Azerbaijan Grand Prix. 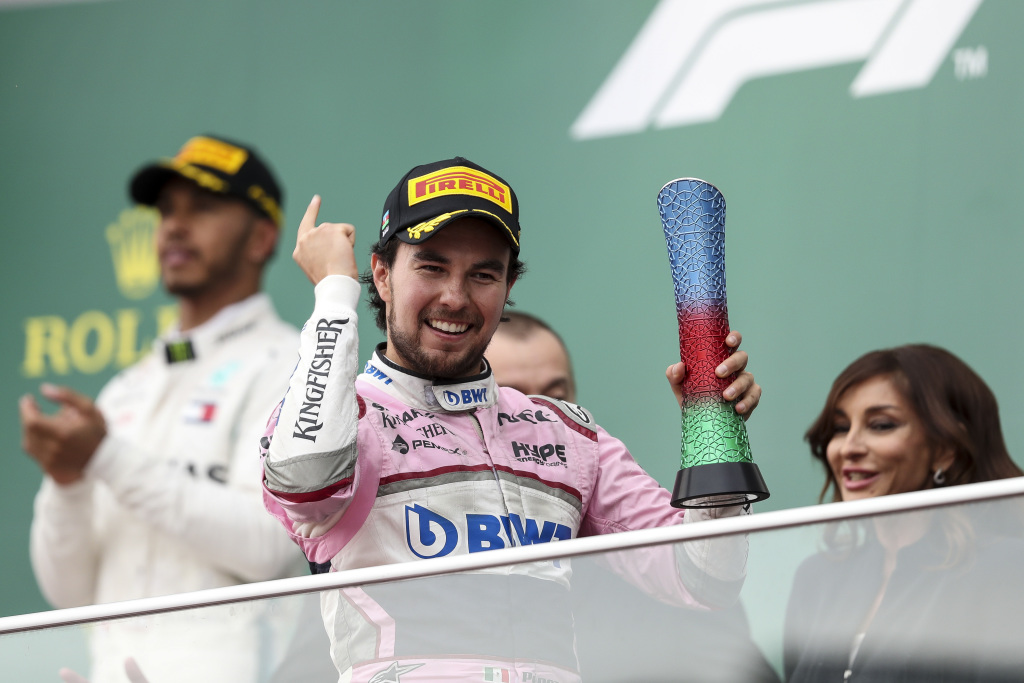 After scoring a podium for Force India in the inaugural race around the streets of Baku, Sergio Pérez followed up with another last year. In doing so, he became the only driver to have recorded more than one podium at Baku City Circuit and also took the crown for most podiums by a Mexican driver (eight) from compatriot Pedro Rodríguez. Last year’s result was the final podium scored by Force India before the team was sold to a consortium led by Lawrence Stroll ahead of the Belgian Grand Prix. Stroll’s son Lance now partners Pérez at the renamed Racing Point team – the young Canadian also has a podium in Baku to his name after finishing third for Williams in 2017. Click here to find out how you can meet Sergio Pérez with F1 Experiences this year!

Missed out on Baku this year? Get closer to Formula 1 at the 2020 Azerbaijan Grand Prix!