F1 questions you’ve always had but were afraid to ask

Given the intricate technical nature of Formula 1, questions and curiosity are to be expected. We’ve shed some light on some of the most asked questions. 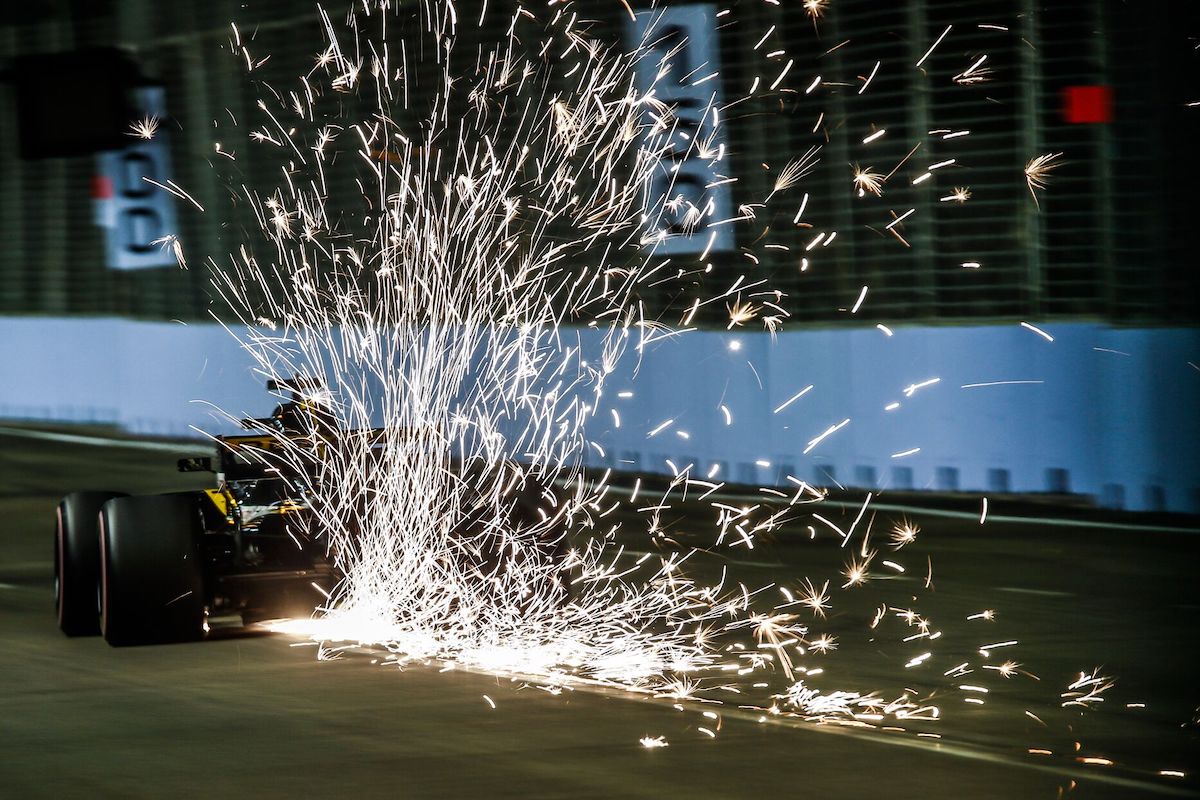 Why do F1 cars spark?

The answer to this question is found in the relative height of a Formula 1 car. With the floor being just millimeters off the ground, combined with the undulation and inconsistencies of the track surface, sparking is almost a given.

Different factors affect the amount of sparking from an F1 car, with the most common being the fuel load. In qualifying, cars run low fuel for optimum weight and higher speeds, but on race day cars can have up to 110kg of fuel to last them the entire grand prix.

You may have noticed planks of wood on the floor of Formula 1 cars, on the rare occasion that the underside is visible. The purpose of this ‘skid block’ is to ensure that all cars are following the ride height regulations. If the wooden plank has been worn down by more than a millimeter at the end of a race, that car will be disqualified.

But, as expected, teams take advantage of a helpful loophole when it comes to ride height. They place pieces of titanium in strategic parts of the floor, which are designed to strike the track instead of the skid block, thus reducing the amount of wear on the plank and producing a spectacular shower of sparks.

Do F1 cars have traction control and ABS?

F1 cars are piloted by the world’s fastest and most talented drivers, earning millions of dollars a year; they’ve got to earn their paycheck somehow! F1 cars do not have traction control or an Anti-lock Braking System (ABS), making them more of a challenge to drive.

Occasionally, you might see drivers plow straight into a corner amidst a puff of smoke, with their car seemingly refusing to turn into the corner. This is called a lockup and is a direct result of not having ABS. If a driver applies too much pressure on the brakes too quickly, they will momentarily lock and drag the tyres along the track surface, leaving a flat spot of worn rubber which then causes uncomfortable vibrations for the driver.

If a driver seems to lose control at the exit of a low-speed corner and spin the rear tyres, it’s because they’re in full control of the car’s traction – or sometimes the lack thereof. Drivers are just as cautious on the gas pedal as they are on the brakes, which they nurse to their correct operating temperature and use to their maximum efficiency. 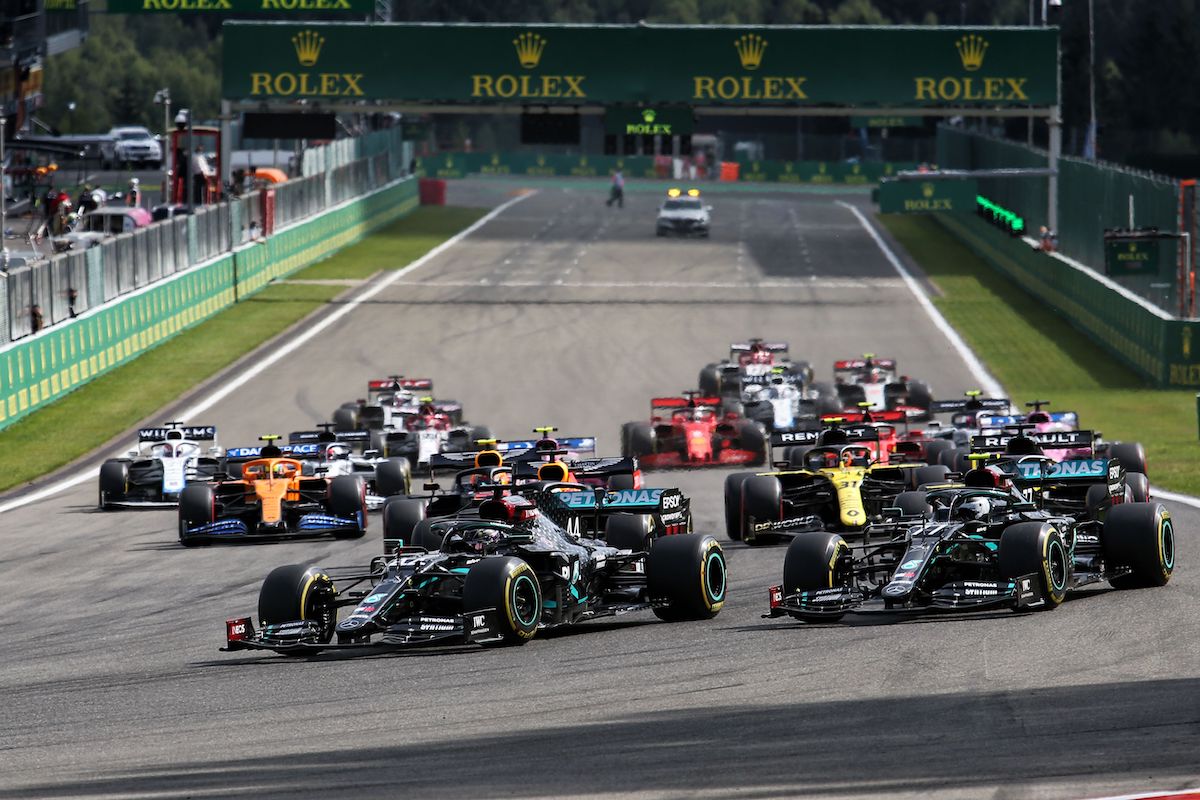 What are penalty points?

Every F1 driver has a Super License, which is just like a driver’s license for the racetrack. All forms of FIA affiliated motorsport require them, to keep track of a driver’s racing details.

Super Licenses include the holder’s number of penalty points, which accumulate after penalties are applied for on-track incidents. The system is identical to points on a driver’s license, where different infractions are accompanied by varying numbers of points.

If a driver picks up 12 or more penalty points in the span of a year, they will earn a one race ban. Though penalty points can be controversial, they aid in the application of safety and regulations in F1.

Can F1 cars drive upside down?

As if driving in excess of 200mph wasn’t cool enough, F1 cars can theoretically drive upside down. They generate approximately 3.5g of lateral cornering force which means they generate three and a half times their own weight at high speeds.

It all comes down to an F1 car’s aerodynamic trickery and the incredible amount of downforce it creates. While cars would behave differently if they were upside down, the surrounding air would remain unchanged. Regardless of the car’s position, airflow over the car would be the same either way; upside down or right way up, an F1 car would have the same amount of lateral force and pull to the ground.

How does F1 funding work?

It’s no secret that F1 is one of the most expensive sports in the world. In order to be the fastest and most prestigious sport, it needs a lot of funding.

F1’s main source of income and funding comes from TV broadcasting and commercial rights. It has numerous TV deals across the globe, meaning that the 430 million worldwide viewers are helping to create revenue for F1.

Aside from broadcasting, F1 also earns money from promoter deals with the circuits. All races pay Formula 1 an annual sanctioning fee for the privilege of hosting the sport, apart from the Monaco Grand Prix. Formula 1 also earns a chunk of its funding from sponsor and partner deals, with names like DHL, Rolex, and Heineken being the most prominent. Just as teams sign sponsors to provide funding and support, F1 itself operates in a similar way. 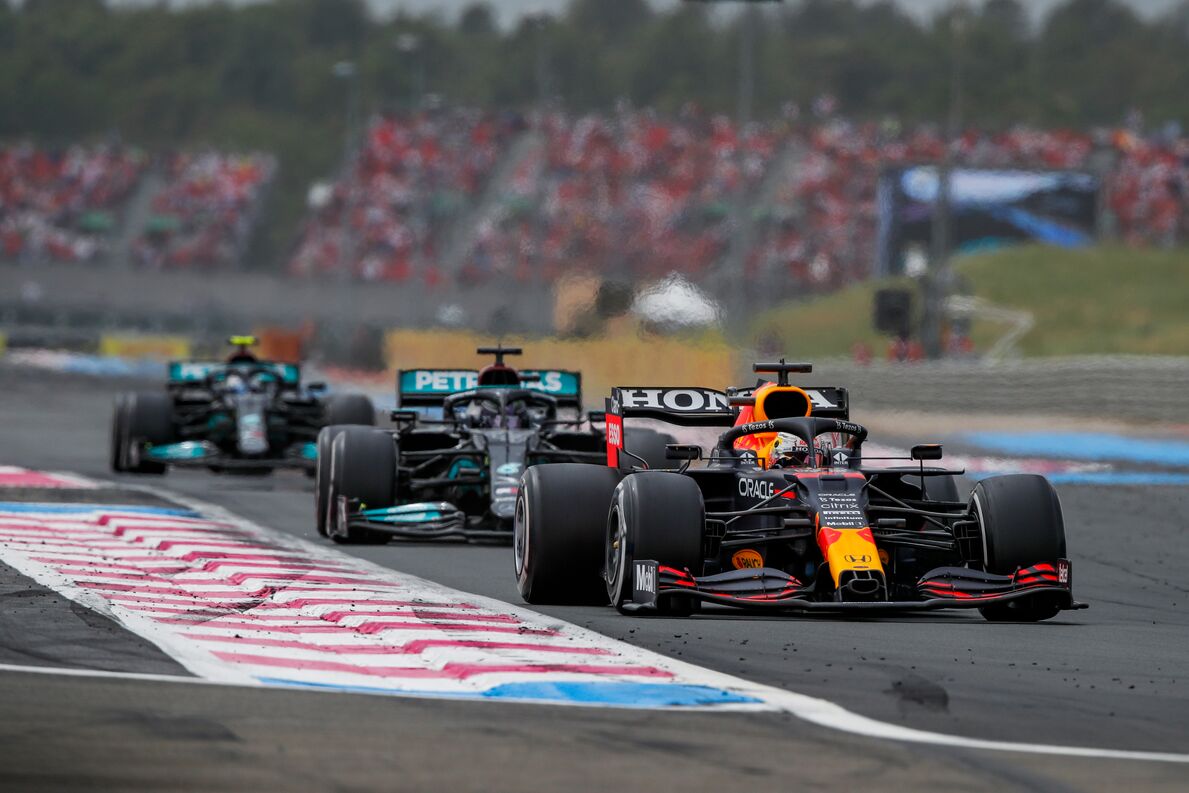 DRS, or drag reduction system, is a clever system on all F1 cars to aid in close racing and overtaking. Introduced in 2011, DRS is an exception to the regulation prohibiting moving parts that aid aerodynamics.

Simply put, DRS takes air resistance away and increases the speed of an F1 car. All F1 cars have rear wings that open and close when activated or deactivated by a button on the steering wheel. The small part of the wing that opens limits the amount of drag affecting the car and creates an opening for more air to pass through, thereby increasing the speed of the car in pursuit.

The rules of DRS use are just as simple as the system itself. Drivers may only activate it in designated DRS zones, typically found on long straights, and when they are within one second of the car ahead. DRS zones are clearly marked for drivers by white lines and signs at the edge of the track, with the end point being whenever the driver puts the brakes on. When the brake pedal is applied, DRS automatically shuts off and the rear wing closes.

Can drivers listen to music during a race?

The short answer is no – drivers cannot listen to music while racing.

While it’s true that flipping through Spotify while racing would be a nice gimmick, there’s no doubt that it would be a huge distraction for the drivers. Even though music is off the table, drivers can communicate with their engineers and the pit wall during a race.

Why do F1 drivers live in Monaco?

If you’ve ever wondered this, you’re definitely not in the minority; it seems like every F1 driver descends upon the glamorous Monte Carlo once they have their breakthrough. Why is Monaco so appealing to F1 drivers?

Once you do a little research, it’s easier to understand the attraction of Monaco. The tiny principality is a tax haven. If you spend at least six months of the year in Monaco, you are considered a resident and do not have to pay capital gains taxes or wealth taxes. It’s no wonder the city is a veritable playground for the wealthiest people on the planet. The streets are overrun with luxury cars, lined with designer shops, and the waters full of multimillion-dollar yachts; the perfect place for a premier athlete to blend in.

While it seems like every driver lives in Monaco, only a handful actually live there. Though he has multiple properties across the world, Lewis Hamilton spends the majority of his time in Monaco, along with Max Verstappen and Daniel Ricciardo. And let’s not forget Ferrari driver Charles Leclerc, who was born in Monaco and remains a citizen.

If you’re a more conspicuous driver though, where could you find a better place to live? The coastal streets of Southern France have everything a big shot athlete could ever want.