As the European summer draws to a close, Formula 1 pays a visit to two classic tracks – Spa-Francorchamps and Monza – on back-to-back weekends. One month later, we head east for the driver’s favourite, Suzuka in Japan. Join us in the Champions Club for unrivalled trackside views, VIP hospitality, driver meet-and-greets, a guided tour of the Formula 1 Paddock and more! 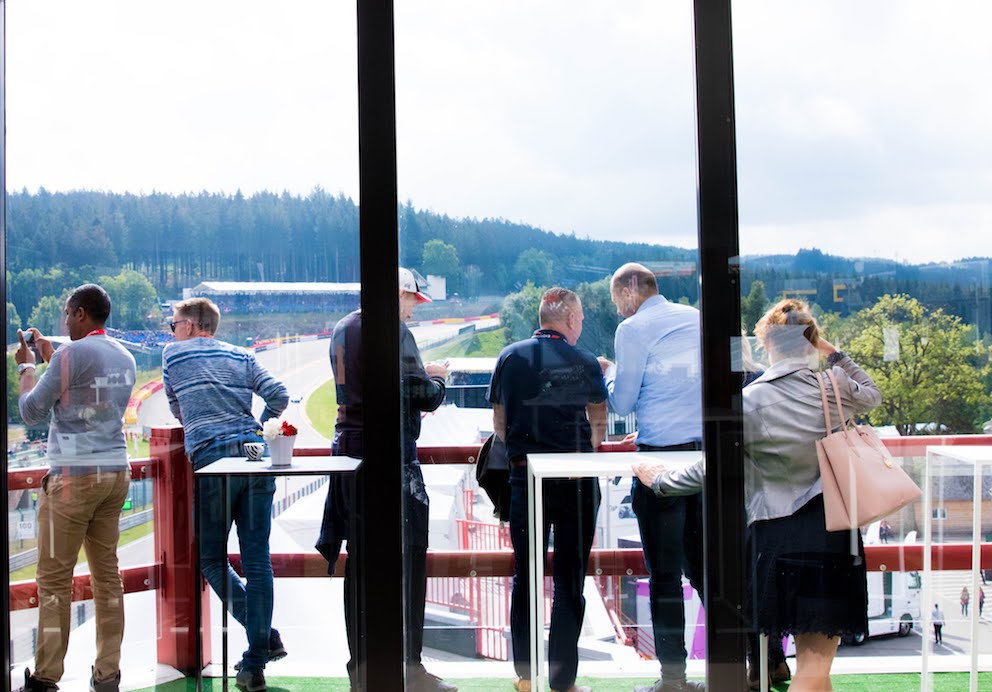 Location, location, location! The Champions Club suite at Circuit de Spa-Francorchamps occupies three levels of the Business Tower, overlooking the iconic Eau Rouge and Raidillon corners, close to the support race pits and Paddock. Enjoy the panoramic views as our expertly trained staff serve meals, snacks and a range of alcoholic and non-alcoholic beverages from the open bar. We’ll also be welcoming ex-Ferrari legend Jean Alesi for a special appearance and be hearing about the business side of the sport from an F1 Executive. A guided tour of the F1 Paddock at Spa is also provided to all Champions Club guests. 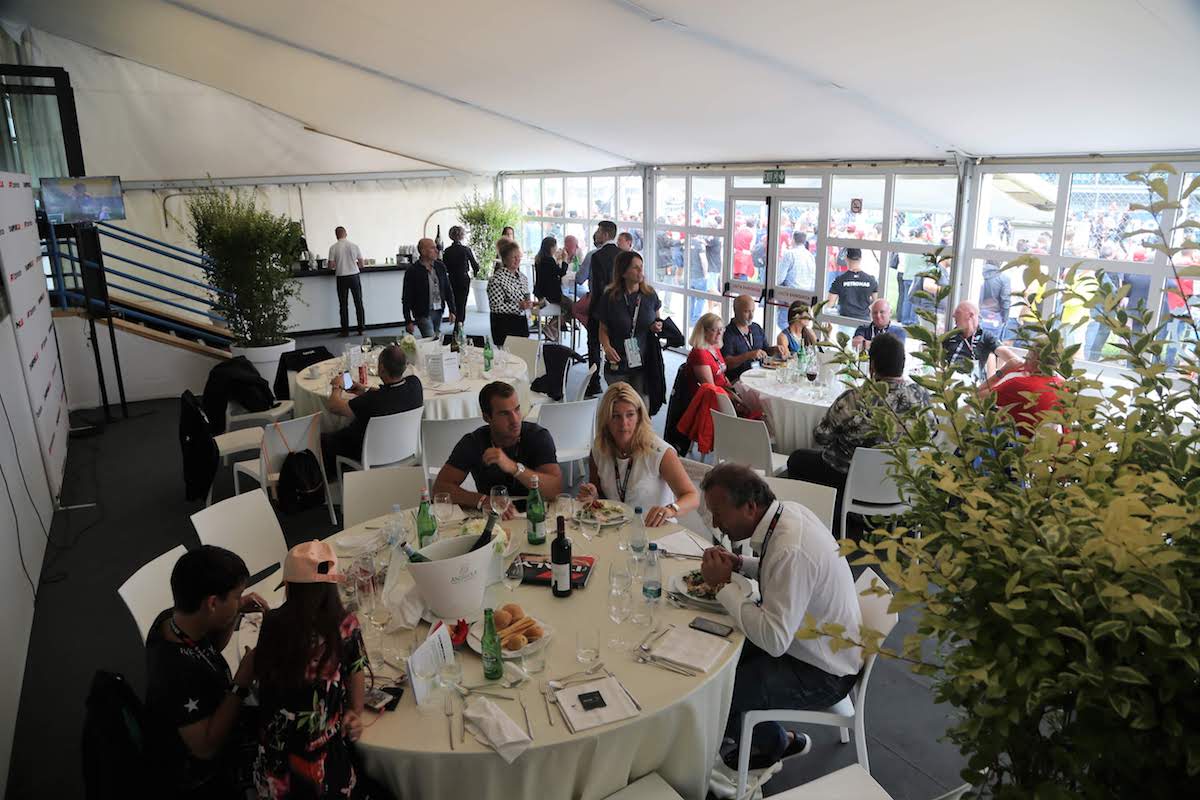 Why not make a holiday of it and join us one week later in the Champions Club at Monza? The last European race of 2019 takes place inside one of Europe’s largest city parks on the outskirts of Milan. Just shy of celebrating its centenary, Autodromo Nazionale Monza oozes history and the “tifosi” make the atmosphere extra special. Located opposite the start-finish line on the Main Straight, the Champions Club at Monza serves gourmet cuisine with an open bar. Our guests can also take advantage of a seat in the adjacent Laterale Destra Grandstand or Centrale Grandstand and we’ll be welcoming French-Italian legend Jean Alesi for a special guest appearance.

JOIN US IN THE CHAMPIONS CLUB AT MONZA 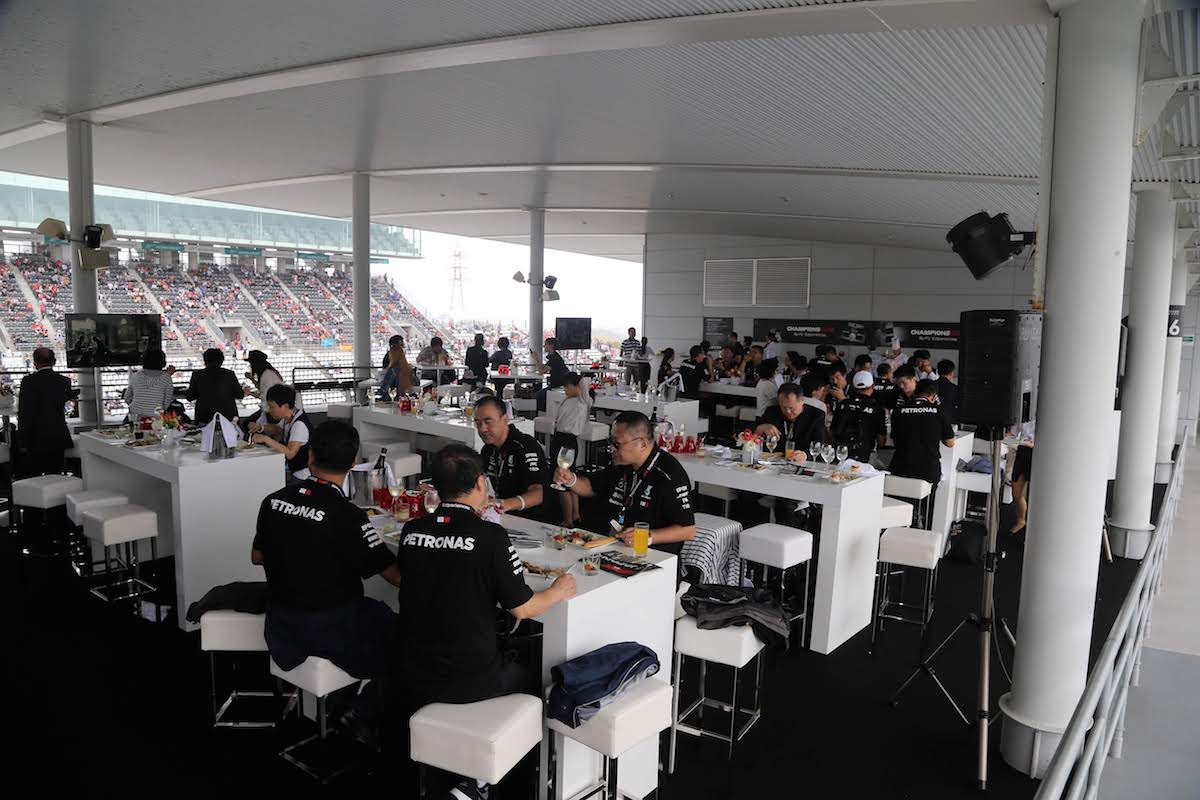 Tick Suzuka off your bucket list with access to the Champions Club at the 2019 Japanese Grand Prix! A favourite amongst drivers and fans alike, Suzuka is one the most challenging circuits on the Formula 1 calendar and the trackside atmosphere is always electric. Located above the team garages on the Main Straight, the Champions Club offers a ringside seat for the key moments across the weekend, notably the race build-up, start and pit stops. With our signature hospitality, including an open bar, plus special guest appearances and a guided tour of the Formula 1 Paddock, the Champions Club is the place to be at Suzuka!

This article is part of a new series looking at the 15 Champions Club suites on the 2019 Formula 1 calendar. Learn more: