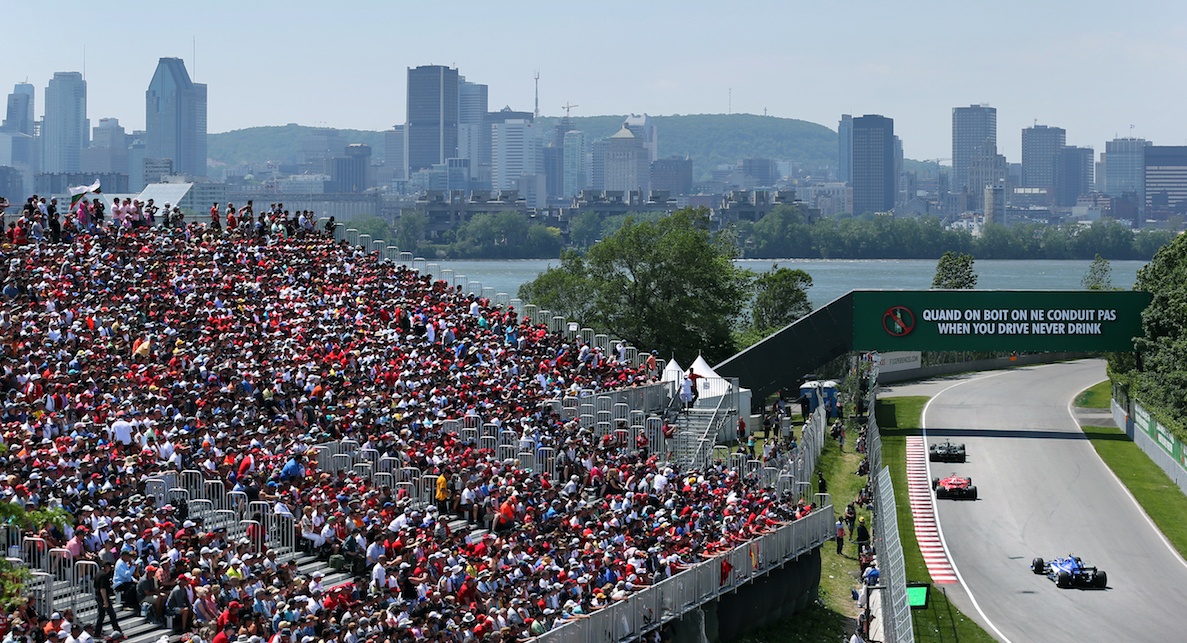 The Canadian Grand Prix in Montréal has been a near-constant presence on the Formula 1® calendar for the past 40 years, and has been known to deliver some great racing and surprise results. Here’s some interesting, and unusual, facts about Circuit Gilles Villeneuve.

The first Canadian Grand Prix was held at Mosport Park in 1961, but the event didn’t achieve Championship status until 1967. In the early years, the race alternated between Mosport Park and Circuit Mont-Tremblant before safety concerns prompted the event’s move to a new home in Montréal. Canadian driver Gilles Villeneuve won the hearts of locals when he triumphed in the first Canadian Grand Prix at the Île Notre-Dame Circuit, located on a man-made island in the Saint Lawrence Seaway. Tragically, Villeneuve was killed during qualifying for the 1982 Belgian Grand Prix. When F1® arrived in Montréal for the 1982 Canadian Grand Prix just one month later, the circuit had already been named in his honor, complete with “Salut Gilles” written in the tarmac on the start-finish line.

Six drivers have scored their maiden F1® victory at Circuit Gilles Villeneueve. In addition to Gilles Villeneuve in 1978, other drivers to have stood on the top step for the first time in Canada are Thierry Boutsen (1989), Jean Alesi (1995), Lewis Hamilton (2007), Robert Kubica (2008) and Daniel Ricciardo (2014). Jean Alesi scored the only win of his 202-race career in the 1995 Canadian Grand Prix. The French driver scored 32 podiums but just one race win in his 13-year career. The win was popular with local fans, as Alesi was driving the number 27 Ferrari, the same driven by Gilles Villeneuve. It was also notable for being the last F1 victory scored by a V12 powered car. Thirteen years later, Robert Kubica won the 2008 Canadian Grand Prix for BMW Sauber. It was the first and only F1 win to date by a Polish driver and the only win for the BMW Sauber team, who competed in the sport from 2006-2009. One year earlier, Kubica had survived a horror crash during the 2007 Canadian Grand Prix, escaping with minor injuries.

Hamilton Closing in on Schumacher’s Record

Lewis Hamilton has by far the most impressive record of any current driver in Canada, with six victories, including the last three races in succession. Another win this year would see the Brit equal the record currently held by Michael Schumacher, who won seven times in Montréal. By comparison, no other driver on the 2018 grid has won more than once at Circuit Gilles Villeneuve.

In the 2001 Canadian Grand Prix, Ralf Schumacher led home Michael Schumacher to a historic 1-2, which was the first time in history that two brothers had achieved this result. They followed up with another 1-2 two years later, but this time Michael took the victory and Ralf finished second.

Ahead of the Canadian Grand Prix every year, officials from Parc Jean Drapeau catch groundhogs from the circuit surrounds and move them to neighbouring Île Ste-Helene. This hasn’t stopped the furry critters disrupting on-track proceedings several times over the years, notably in 2007 when Ralf Schumacher reported narrowly missing a groundhog crossing the track during practice and Anthony Davidson had to pit during the race for a new front wing after striking one of the animals.