Superior tyre strategy helped Lewis Hamilton to his tenth victory of the season at the 2019 Mexican Grand Prix, but the Mercedes driver will have to wait at least one more week to seal his sixth World Championship. Here’s our highlights from Autódromo Hermanos Rodríguez. 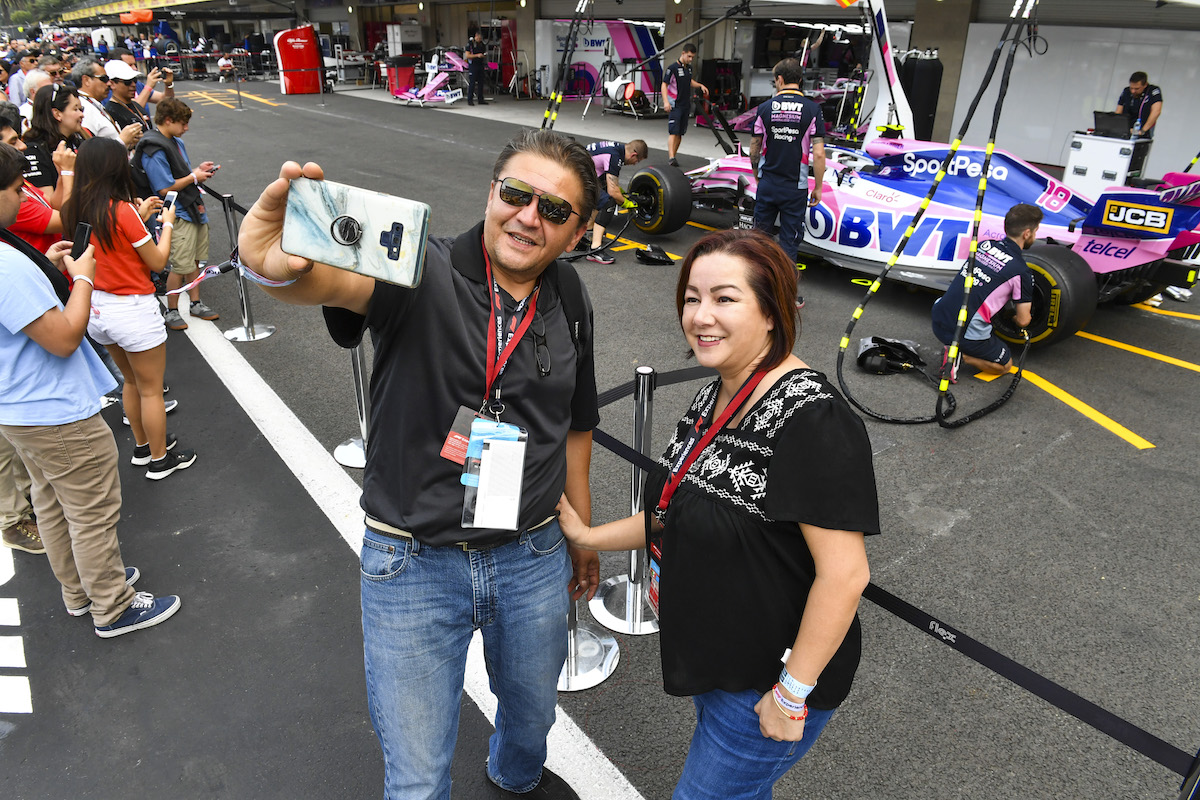 Our weekend in Mexico City kicked off on Thursday afternoon with some exciting trackside activities at Autódromo Hermanos Rodríguez. Our guests climbed aboard flatbed trucks for a unique Guided Track Tour with expert commentary and posed for photos on the Main Straight with the championship trophies. We also spent some time checking out the cars during an Exclusive Pit Lane Walk as the teams prepared for the first day of track action at the highest circuit on the calendar (elevation of 2250 metres!). 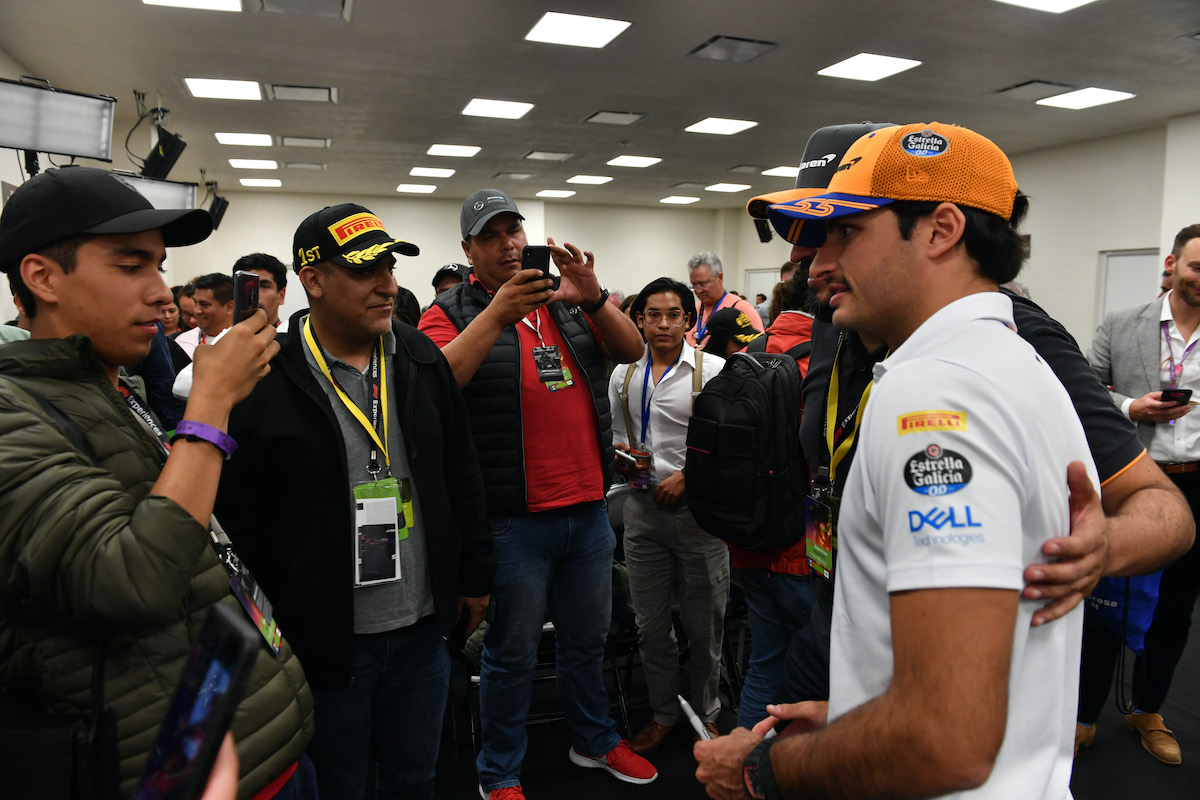 After an exciting first day of track action in which Ferrari, Mercedes and Honda showed good speed, our Hero and Trophy guests went behind the scenes with F1 Insider Access. McLaren driver Carlos Sainz Jr. stopped by to tell us about his most successful season to date in Formula 1. The Spaniard currently sits seventh in the drivers’ standings with 76 points and is on track for ‘best of the rest’ honour in 2019 behind the drivers from the top three teams. Our guests also heard from Safety Car Driver Bernd Mayländer, “Virtual Statman” Sean Kelly and representatives from the Williams team. 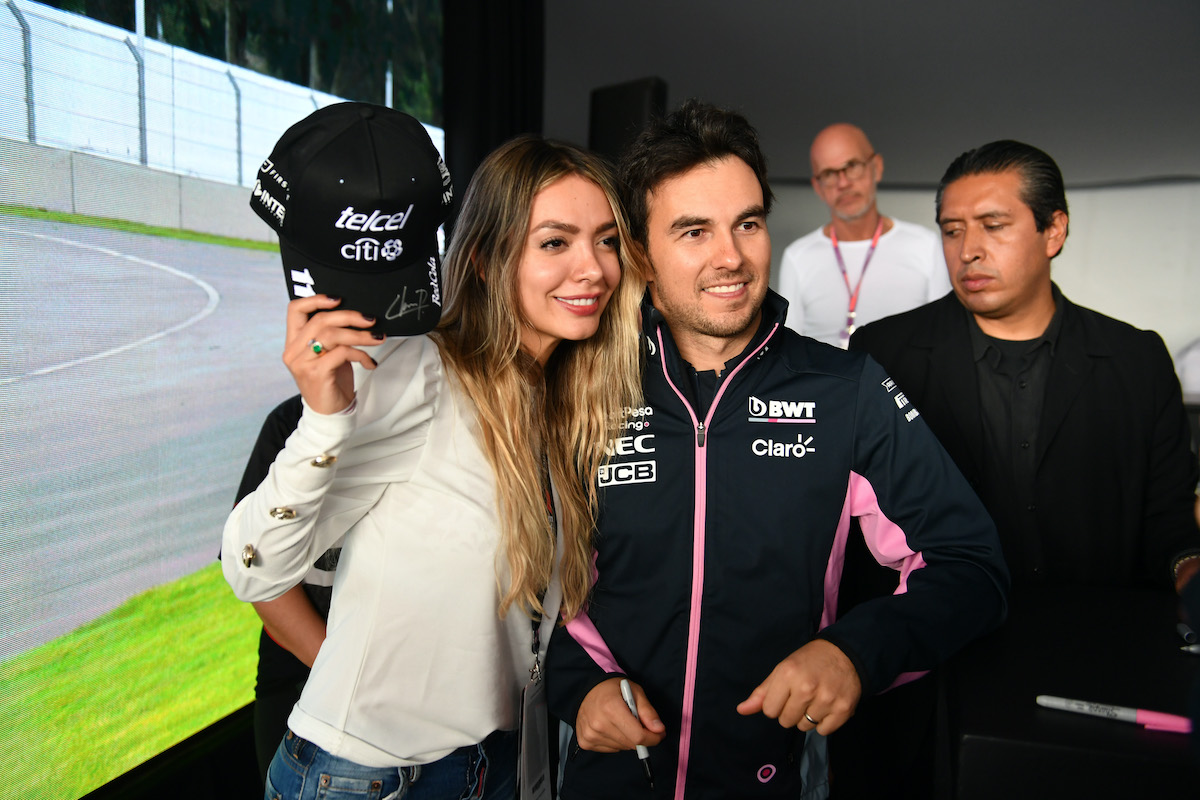 Our Legend guests enjoyed the best of the Formula 1 Paddock Club in Mexico, one of the largest VIP hospitality suites on the calendar! In addition to gourmet hospitality, daily pit lane walks and F1 driver appearances, the Legends also benefitted from additional activities exclusive to F1 Experiences, including a full day of access to the F1 Paddock and a photo opportunity on the F1 podium.

On track, Max Verstappen came out on top in an exciting qualifying session, but was handed a 3-place grid penalty for failing to slow down after Valtteri Bottas crashed on the final corner at the end of the session. Verstappen’s demotion to the second row gave Ferrari a sixth consecutive pole position since Belgium, with Charles Leclerc on pole and Sebastian Vettel in second.

Local hero Sergio Pérez took time out from his busy schedule to pay us a visit in the Champions Club before finishing an excellent P7 for Racing Point. The result “feels like a victory for us,” said Perez after the race. “This is a great day for me and my team.” With a privileged location on the Main Straight, our guests in the Champions Club enjoyed a weekend of VIP hospitality along with a guided tour of the F1 Paddock. 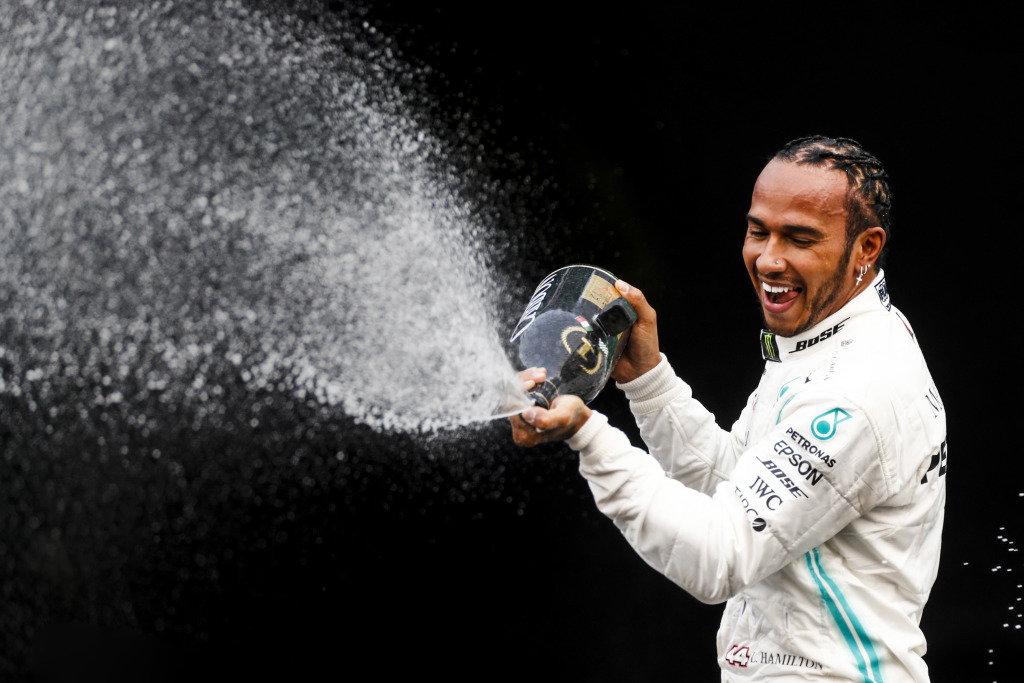 After an exciting weekend in which over 340,000 fans went through the turnstiles at Autódromo Hermanos Rodríguez, it was finally time for the main event! After a number of clashes in the opening laps, which saw Max Verstappen drop to the back of the grid after sustaining a puncture, the 2019 Mexican Grand Prix became an interesting tactical battle as some drivers elected to stop only once and others chose a two-stop strategy. Lewis Hamilton chose the former and managed his tyres best in a long 48-lap stint to come home first ahead of Sebastian Vettel and Valtteri Bottas. Polesitter Charles Leclerc could do no better than fourth after losing time during his second pitstop.

Official Ticket Packages for the 2020 Mexican Grand Prix (29 October – 1 November) are now available. Save with early bird pricing until 26 November and make plans to join us for the F1ESTA next year!