Max Verstappen made 5 pit stops and had a 360-degree spin en route to winning a gripping, rain-affected German Grand Prix on Sunday, capping off a memorable weekend at the Hockenheimring for our guests. 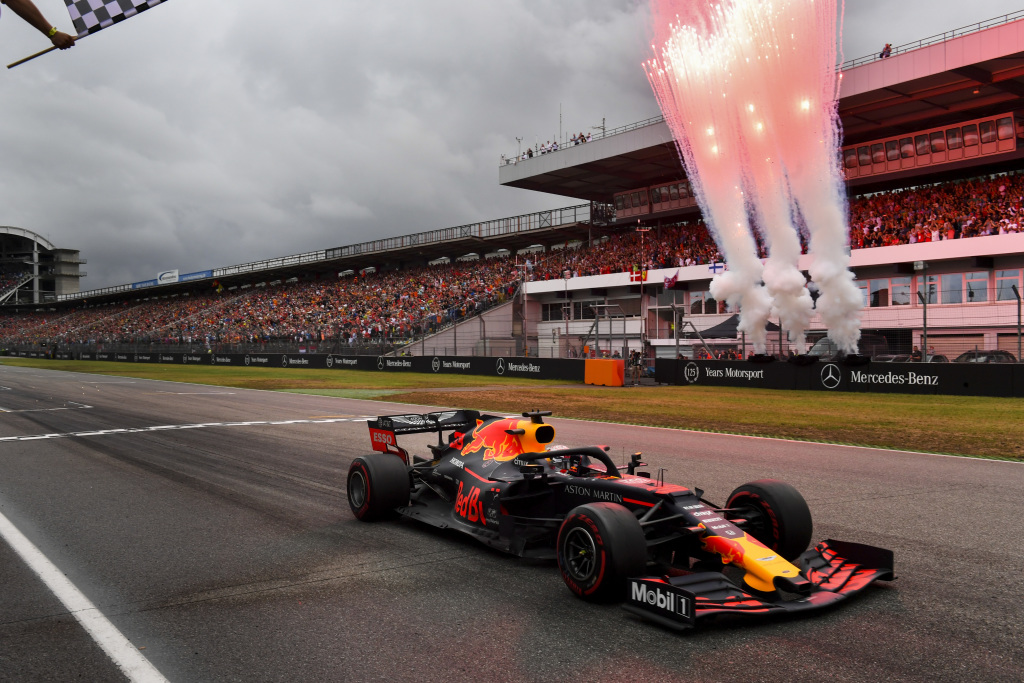 The rising Dutch star made the best of the difficult conditions as several big-name drivers ended their races in the wall. With multiple safety car deployments and constantly changing track conditions, good pit-stop strategy also played its part in a thrilling race that saw local hero Sebastian Vettel fight back from last on the grid to a memorable second and Daniil Kvyat finish a surprise third for Toro Rosso, one day after becoming a father for the first time. Celebrating 125 years in motorsport, the title-leading Mercedes team had a weekend to forget after a series of errors from Lewis Hamilton and Valtteri Bottas. 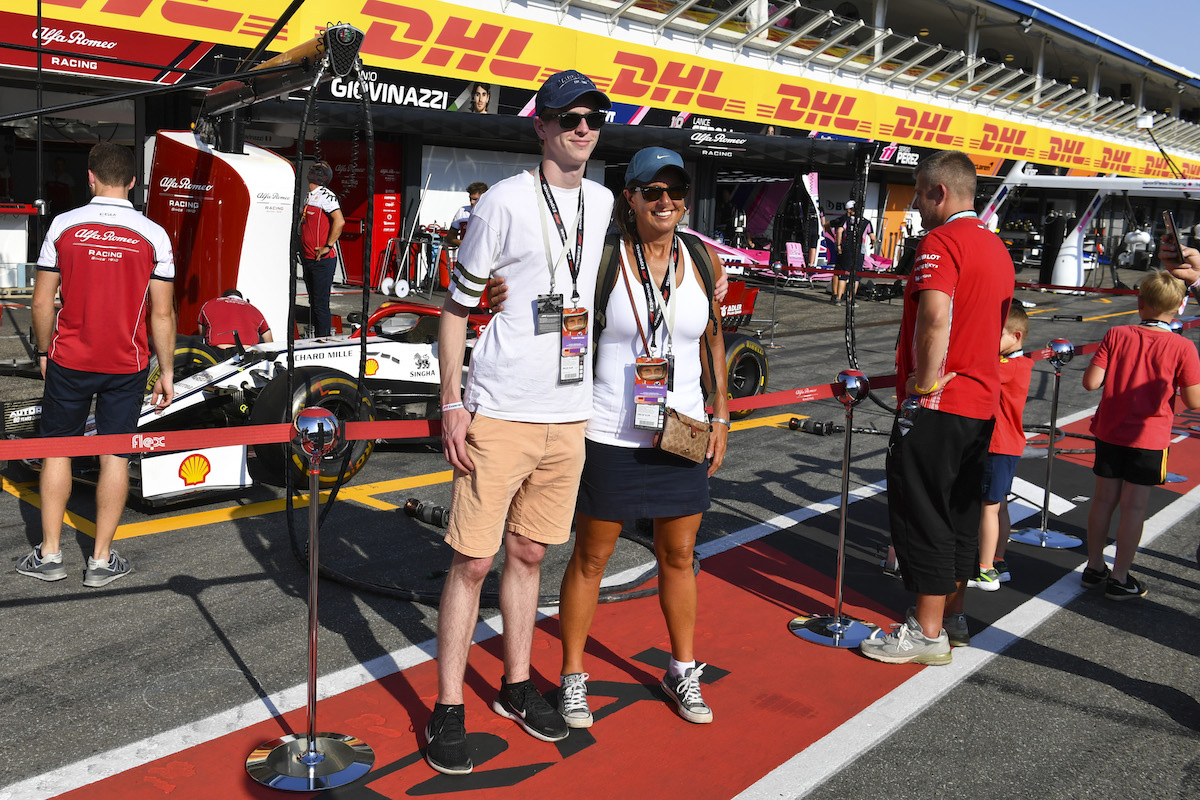 Our weekend at the Hockenheimring began under baking hot skies on Thursday with a Guided Track Tour, Exclusive Pit Lane Walk and photo with the Championship trophies at the Hockenheimring. The teams and cars were out in force ahead of the race weekend, providing plenty of photo and video opportunities for our guests in the pit lane. We also boarded flatbed trucks for a closer look at this iconic track as expert hosts described how to nail a perfect lap around the Hockenheimring. 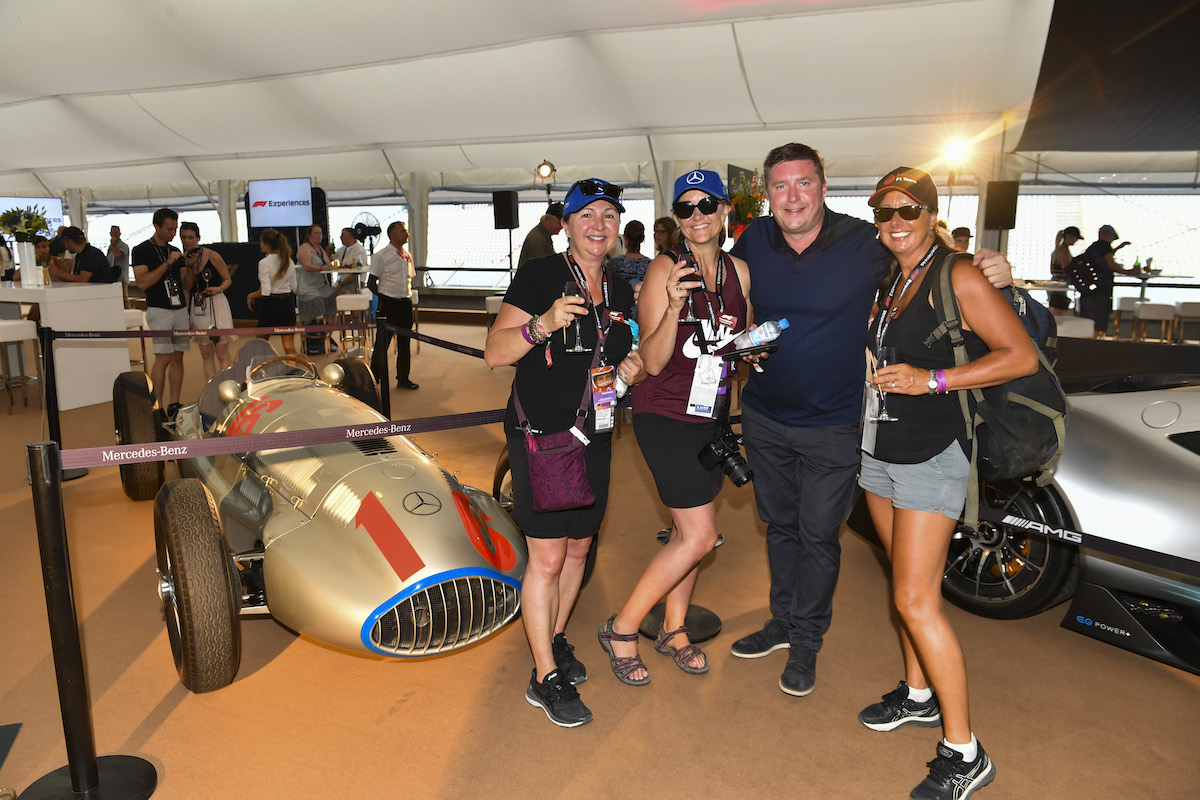 After the on-track action finished for the day, our Hero and Trophy guests headed into the pit lane for F1 Insider Access. This unique behind the scenes look at the world of Formula 1 included a meeting with Safety Car Driver Bernd Mayländer (who had to work very hard during Sunday’s race), a visit to the Hot Laps garage to learn more about Pirelli’s Formula 1 tyres and a meeting with Alpinestars, who supply race suits to several drivers. After a quick photo op on the podium, we headed upstairs for a Paddock Club Reception and interactive chat with David Croft and Anthony Davidson from Sky Sports F1. 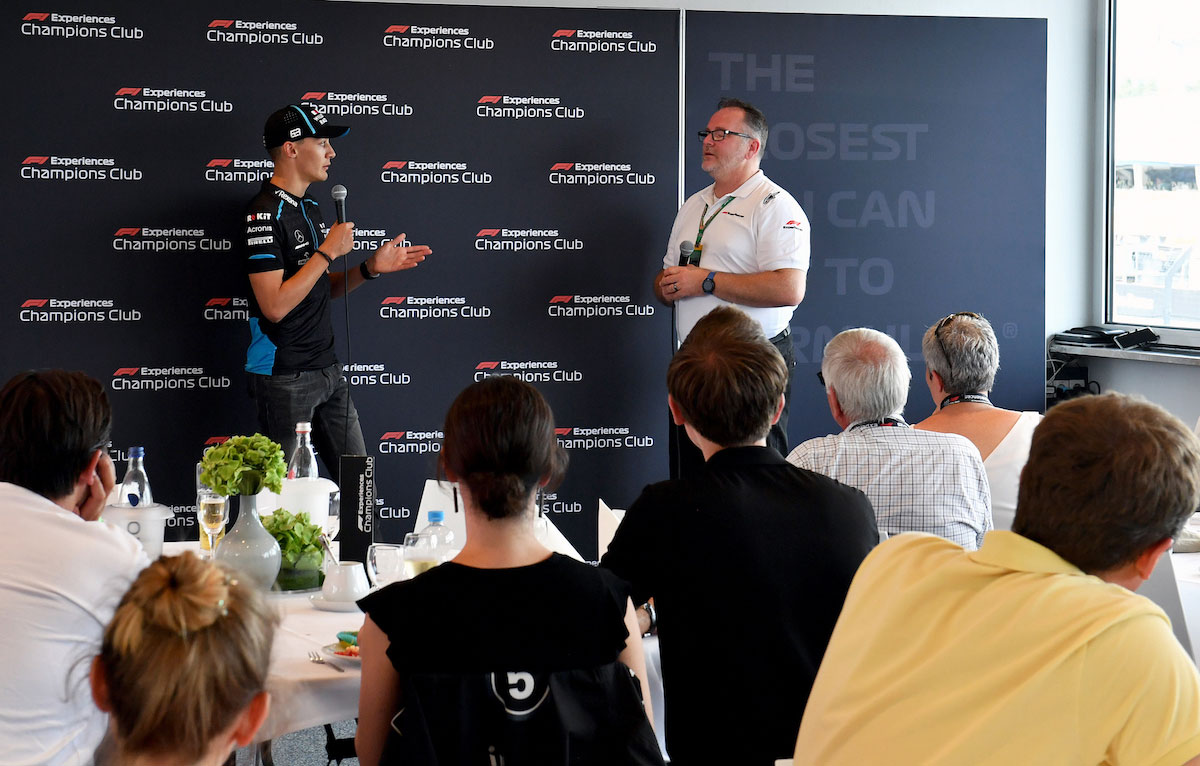 With a strategic location in the Main Grandstand opposite the Start-Finish line and winners’ podium, the Champions Club by F1 Experiences was popular all weekend, especially when the rain began to fall on Sunday. Several big-name guests stopped by at the Hockenheimring over the weekend. On Saturday, Williams rookie George Russell joined us for a chat about his challenging debut season in Formula 1 with Williams and hopes for the future. The young Brit remains part of the young driver development programme at the title-winning Mercedes AMG F1 team, so his prospects look bright. 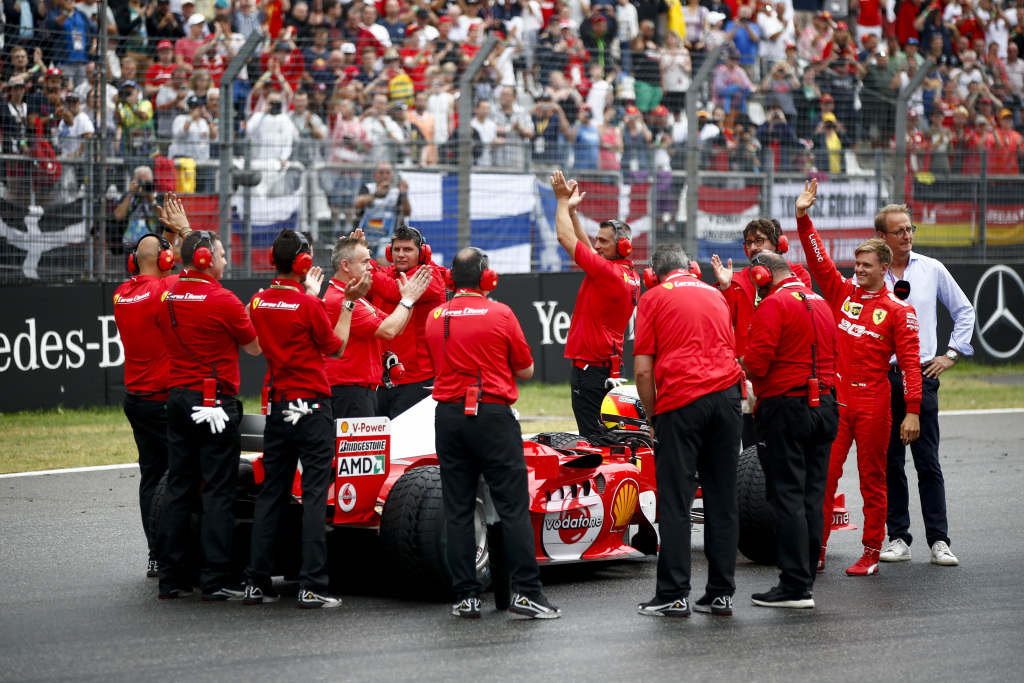 It was an emotional homecoming for 20-year-old Mick Schumacher, who took to the track in his father’s all-conquering Ferrari F2004 for demonstration laps on Saturday and Sunday. Driving the very same car with which Michael Schumacher won the 2004 German Grand Prix at the Hockenheimring, the young German – who is competing in Formula 2 this year – received a rapturous reception from the local fans after getting out of the car on the Main Straight. The glorious sound of the screaming V10 engine in the back of the F2004 also brought back memories for many fans who saw Schumacher dominate F1 from the mid 1990s to the mid 2000s.

The German Grand Prix has not yet been confirmed for the 2020 Formula 1 calendar. Join the wait list and we’ll keep you informed of developments!