Charles Leclerc took his maiden Formula 1 victory at the 2019 Belgian Grand Prix, dedicating the win to his friend and fellow racer Anthoine Hubert, who was killed in a crash during Saturday’s Formula 2 race. 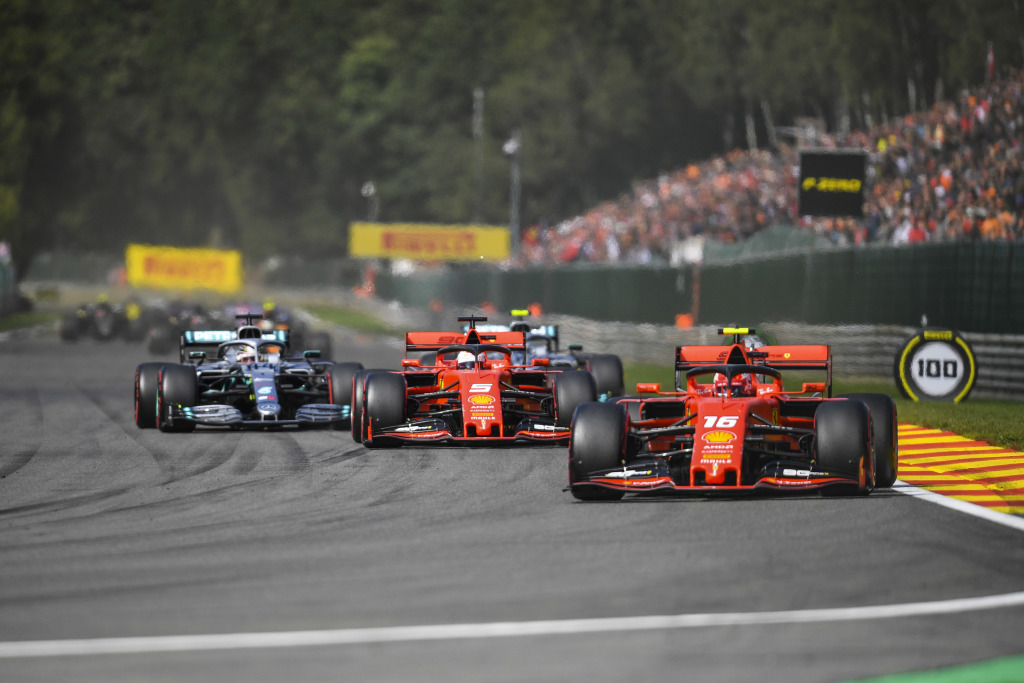 The F1 Experiences programme kicked off on Thursday with an Exclusive Pit Lane Walk and photo op with the Championship trophies at Circuit de Spa-Francorchamps. We also had several interactions with the drivers, who were signing autographs for the public right next to our meeting point! Our guests also boarded three flat-bed trucks for a Guided Track Tour of the longest circuit on the calendar. Highlights on the 7.004km loop included the famous Eau Rouge and Raidillon corners at the start of the lap and the famous Pouhon left hander. 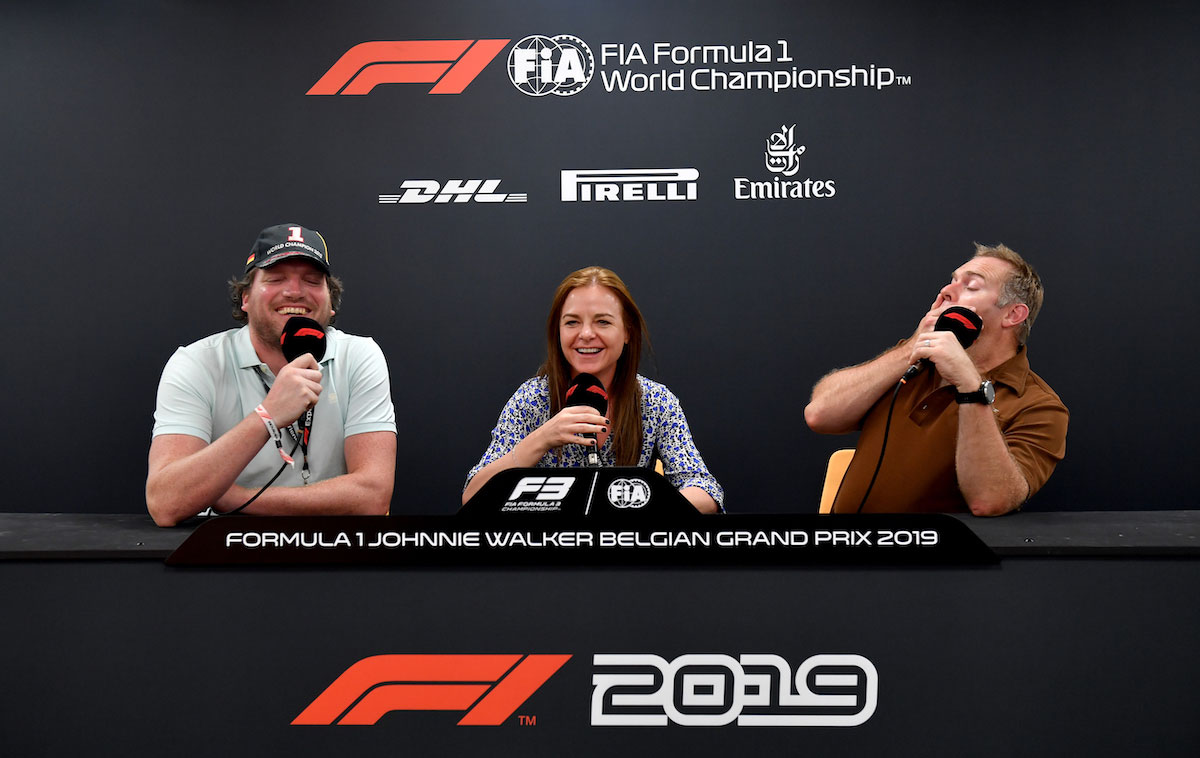 The Ferrari duo of Sebastian Vettel and Charles Leclerc shared the spoils on Friday, finishing well ahead of their Mercedes rivals in the day’s two 90-minute practice sessions on a circuit that suits the SF90. After the track action concluded for the day, the F1 Experiences Friday evening began with a reception in the Formula 1 Paddock Club, where our guests were joined by Carlos Sainz Jr. from the McLaren team. The Spaniard spoke about his excellent form in 2019, driving rally cars with his famous father and his hopes for the future. Our programme finished with F1 Insider Access, which included meetings with Safety Car Driver Bernd Mayländer and Alpine Stars, plus a photo call on the podium and a visit to the Press Conference room at the circuit. 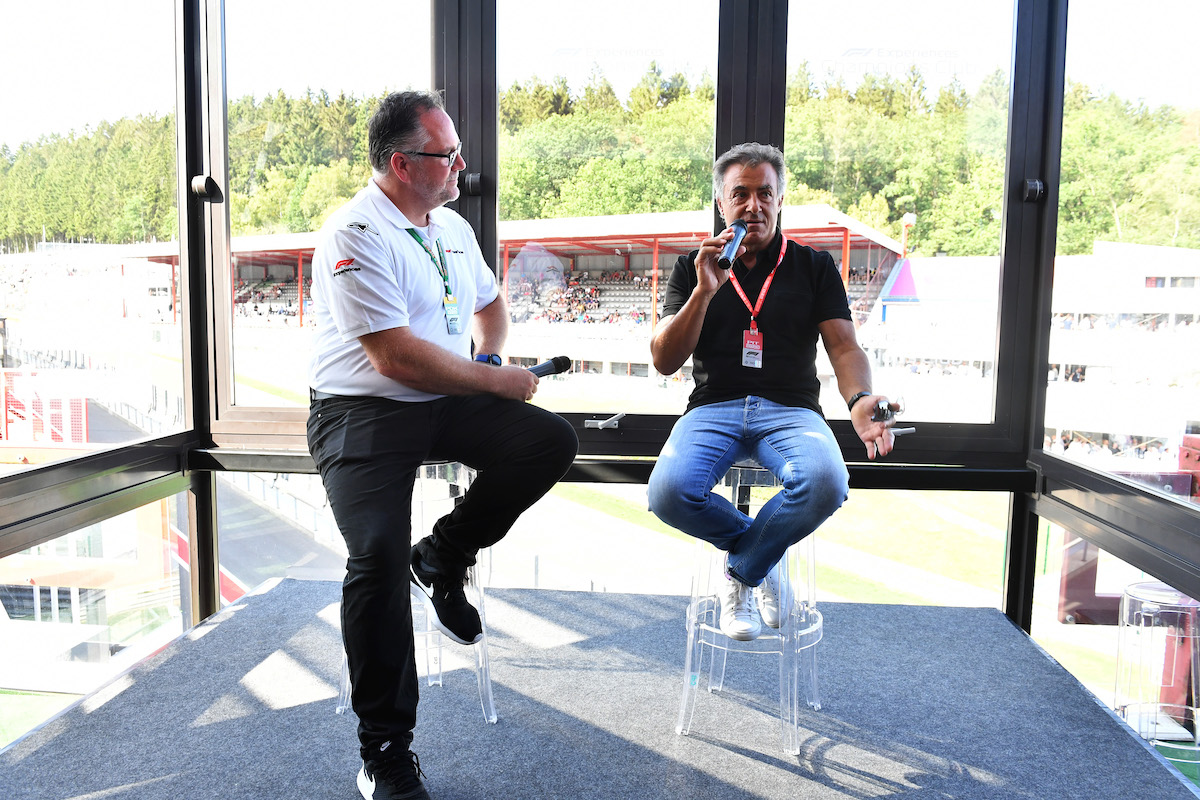 The sun shone and the temperature climbed on Saturday as our guests enjoyed the views from the grandstands and exclusive trackside hospitality suites. Our guests in the Champions Club and Formula 1 Paddock Club also enjoyed Guided Paddock Access, including multiple interactions with current and legendary drivers, team personnel and celebrities. Ex-Ferrari driver Jean Alesi also made a guest appearance in the Champions Club. Ferrari continued to dominate on-track as an uncharacteristic error from Lewis Hamilton pitched him into the wall during the final practice session.

Charles Leclerc qualified on pole, just ahead of teammate Sebastian Vettel, but celebrations were muted following a terrible crash on the second lap of the Formula 2 feature race, which claimed the life ofof young French driver Anthoine Hubert. Ecuadorian racer Juan Manuel Correa was also seriously injured in the tragic accident. Sunday’s Formula 2 race was cancelled as the motorsport world paid tribute to Hubert, a close friend and on-track rival of several up and coming F1 drivers. 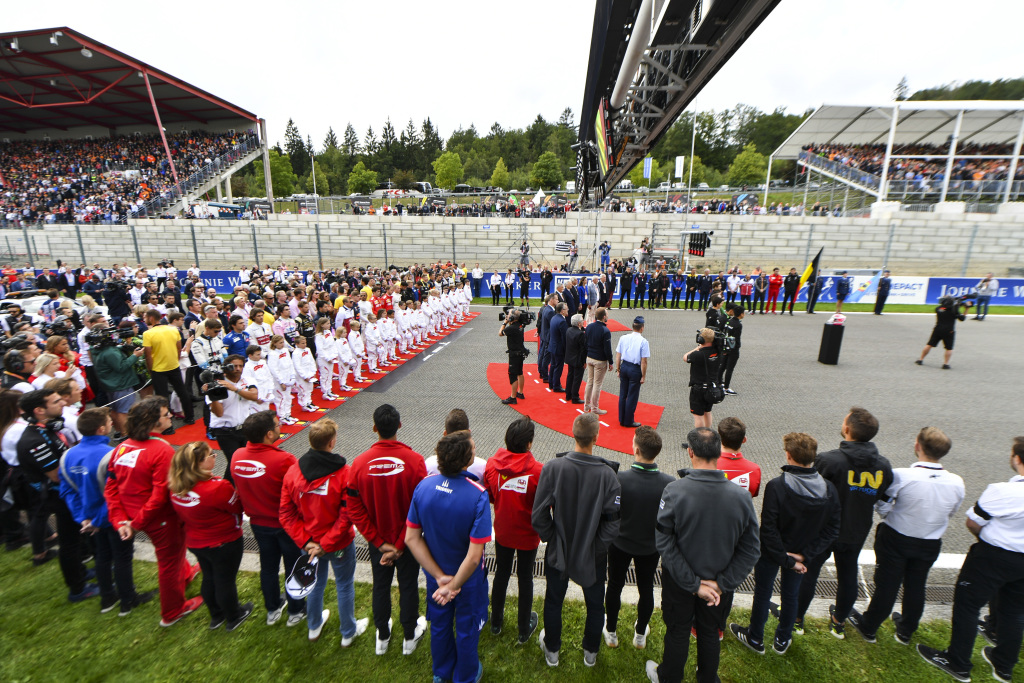 Cloudy skies and much cooler conditions were the order of the day for race day, though the rain stayed away for the most part. A minute’s silence was held in memory of Anthoine Hubert ahead of Sunday’s Formula 3 race and also before the start of the main event, the 2019 Belgian Grand Prix. Charles Leclerc dominated the race, leading from the start and managing a late charge from Lewis Hamilton to claim his maiden F1 victory in bittersweet circumstances on a very sad weekend for motorsport. Valtteri Bottas claimed the final podium spot ahead of Ferrari’s Sebastian Vettel. Lando Norris was voted driver of the day, despite an agonising last-lap retirement that saw him lose fifth place.

Official Ticket Packages are already on sale for the 2020 Belgian Grand Prix. Early bird pricing applies until 2 October. Whether you are interested in a grandstand seat or access to exclusive trackside hospitality in the Champions Club or Formula 1 Paddock Club, we’ve got a package that will get you closer to Formula 1 at Circuit de Spa-Francorchamps.

JOIN US AT THE 2020 BELGIAN GRAND PRIX