2018 Italian Grand Prix – Highlights of our weekend at Monza

Featuring driving tours of the track, meet-and-greets with the stars of F1® and behind the scenes access unavailable anywhere else, our weekend at the 2018 Italian Grand Prix was full of highlights. Here’s what we got up to at Monza this year! 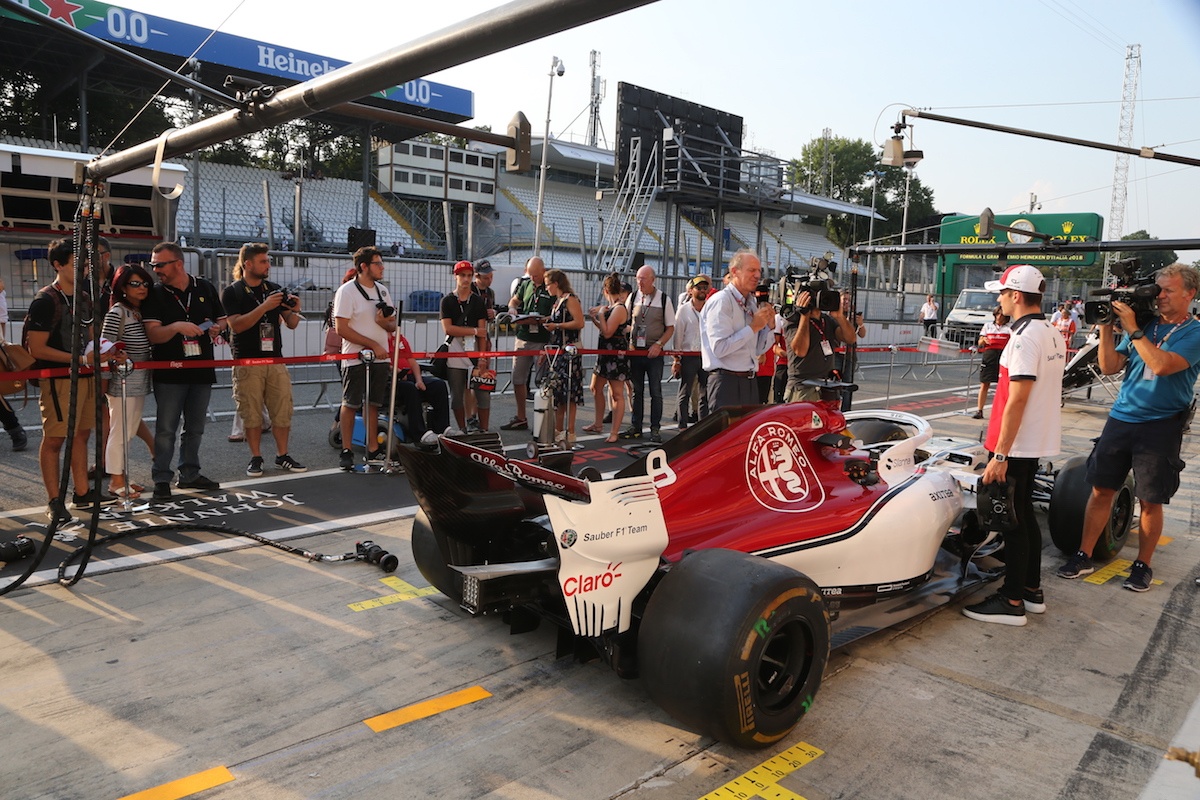 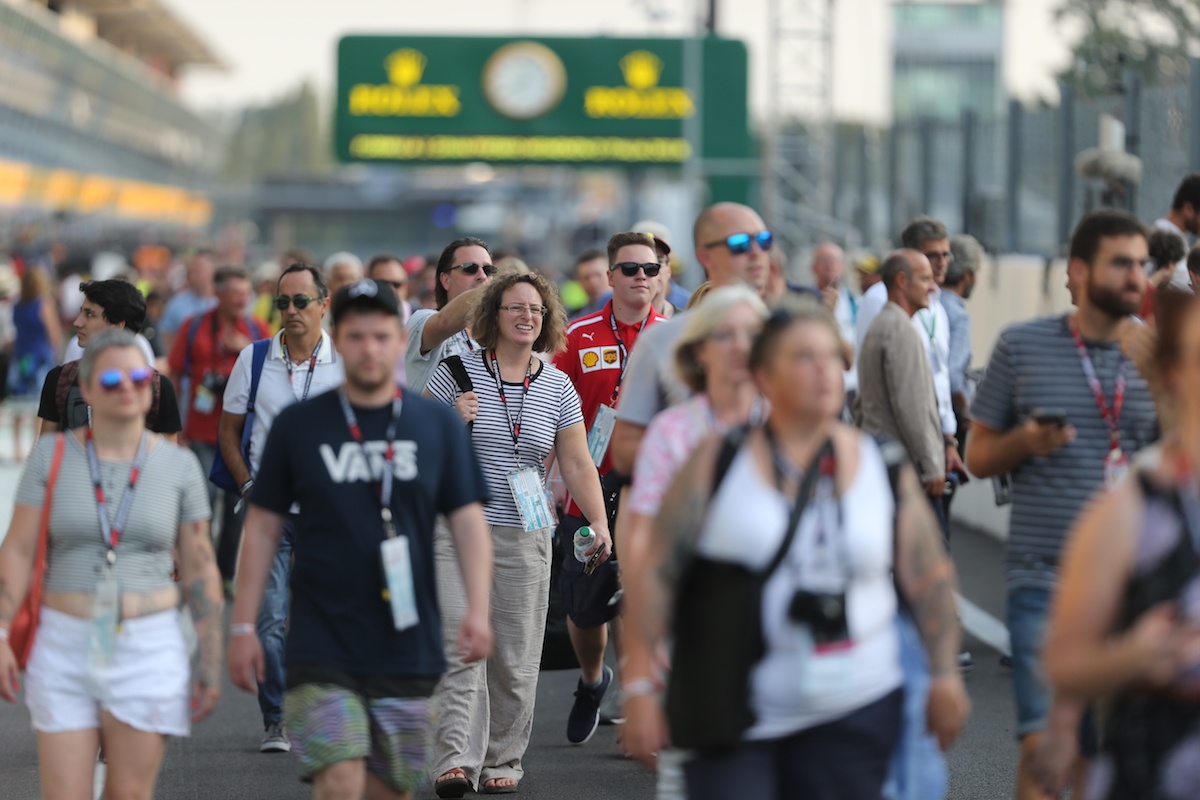 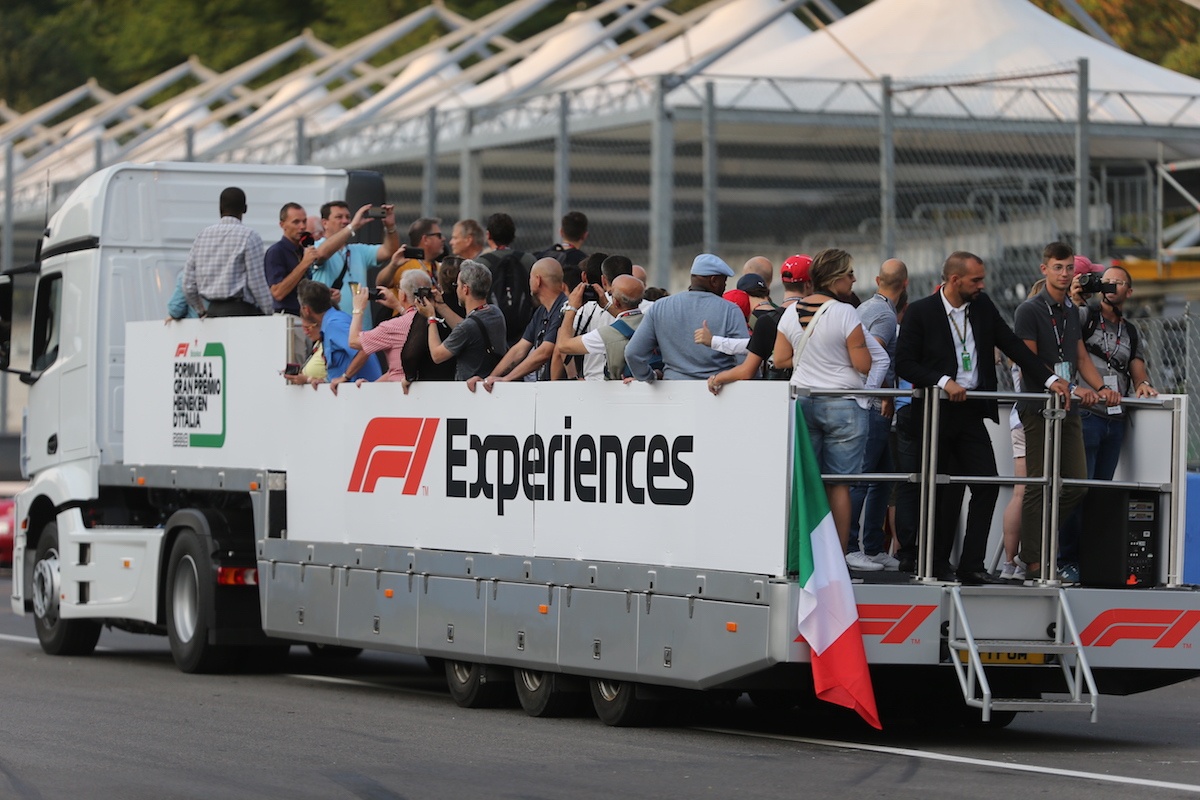 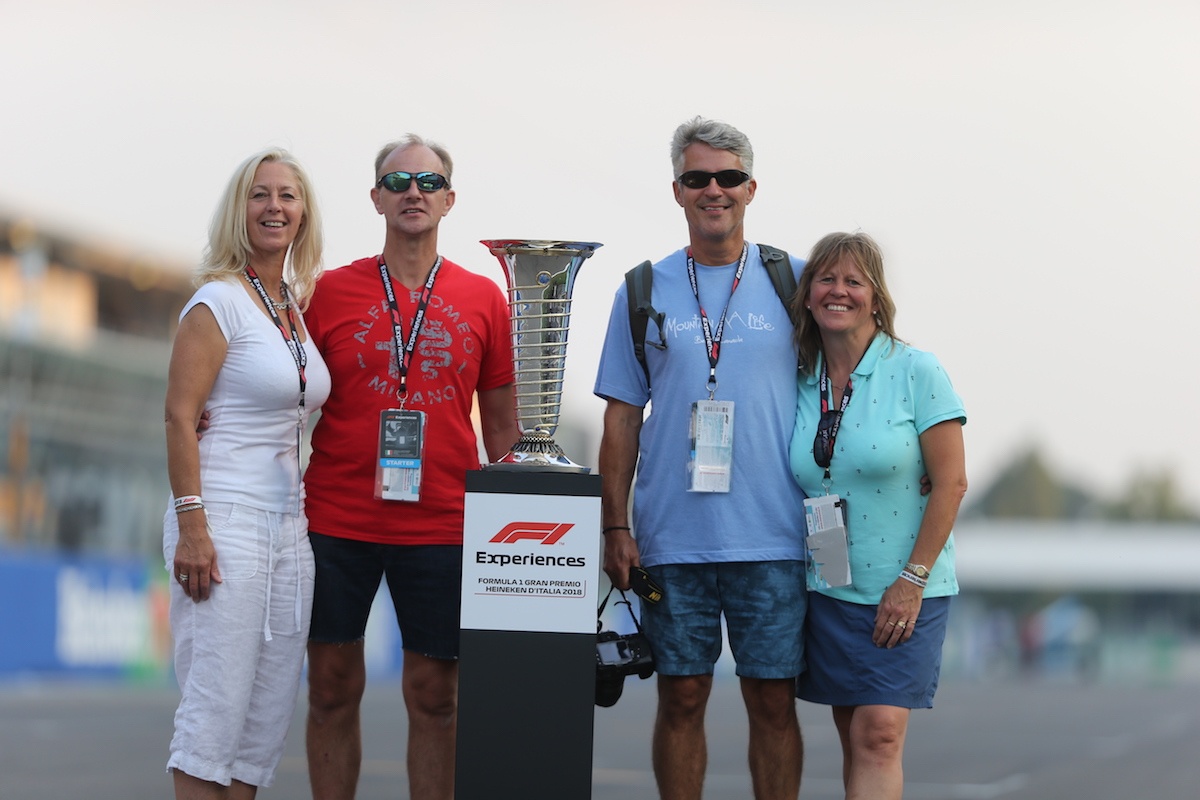 The weather was warm and sunny as we kicked off our weekend at Monza on Thursday evening with an Exclusive Pit Lane Walk. Our guests met several drivers, including Sauber’s Charles Leclerc and were also fortunate to witness several teams practicing their pit stops. Next up, we hit the iconic tarmac at the Temple of Speed for a Drive the Track Tour. Our guests concluded their first day at Monza by having their photo taken with the Championship trophies on the Main Straight. 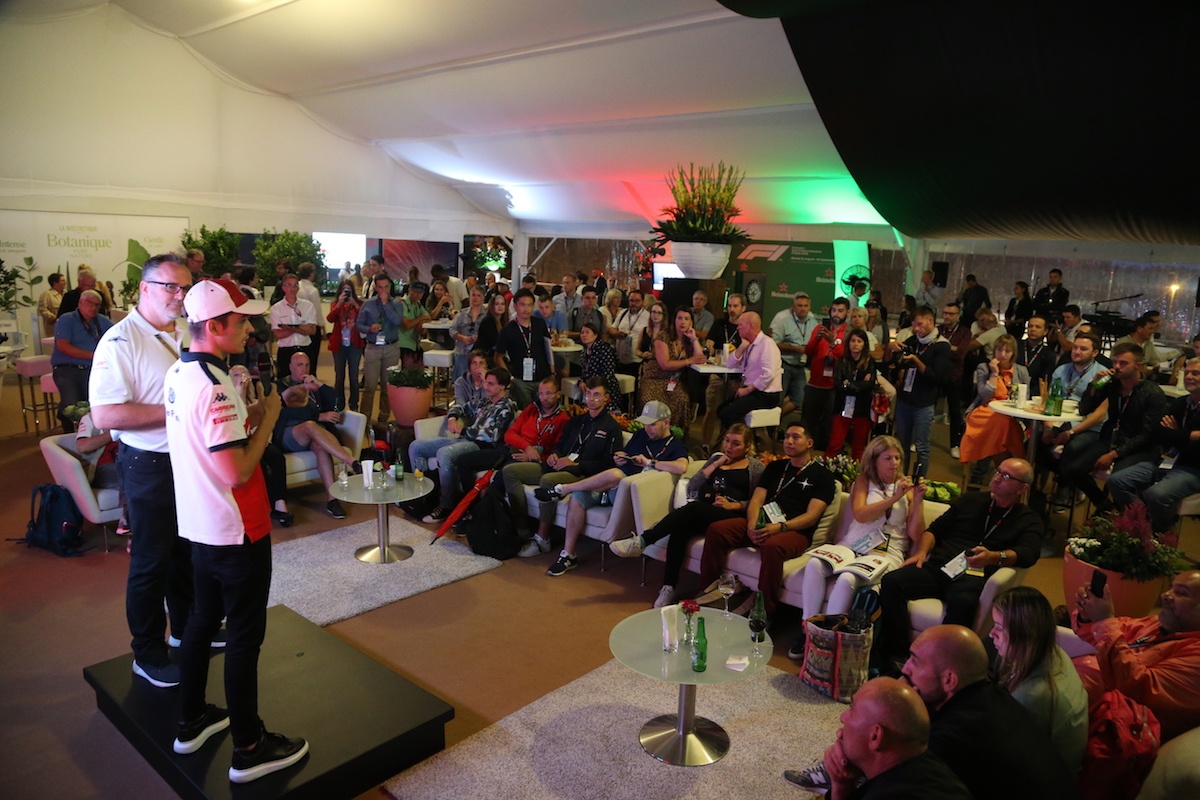 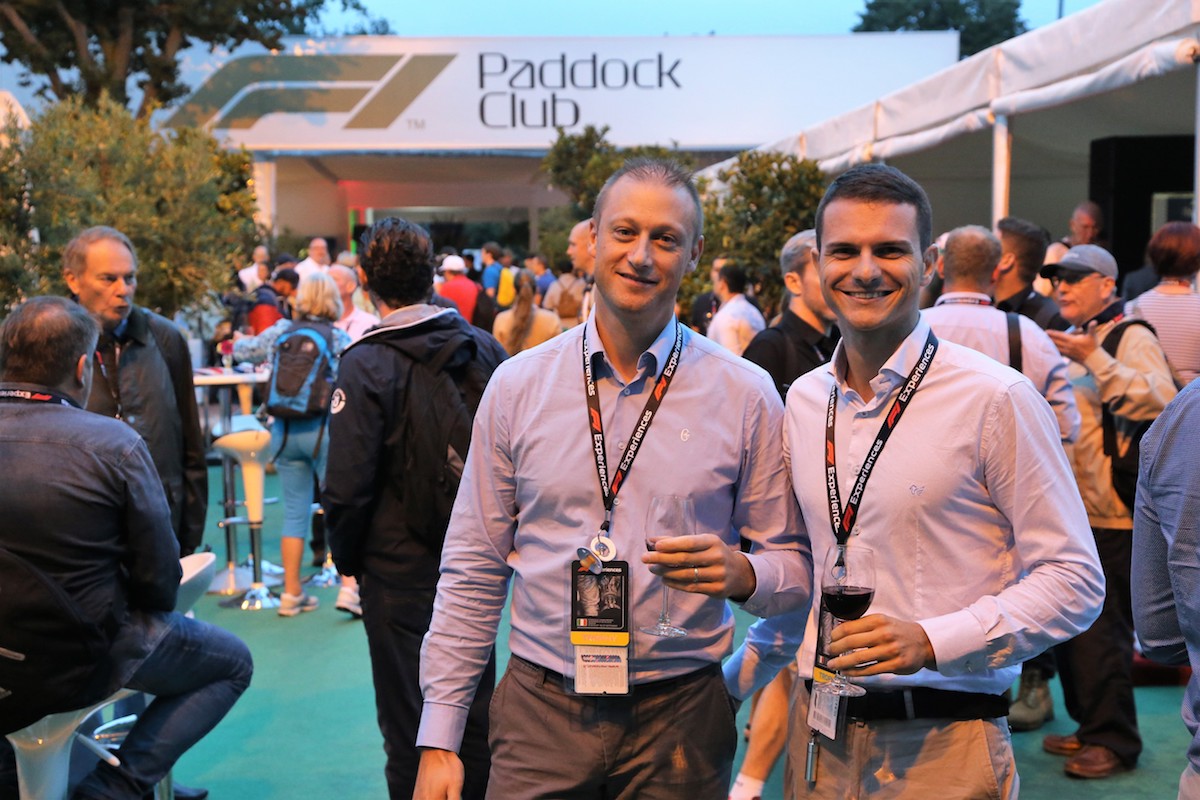 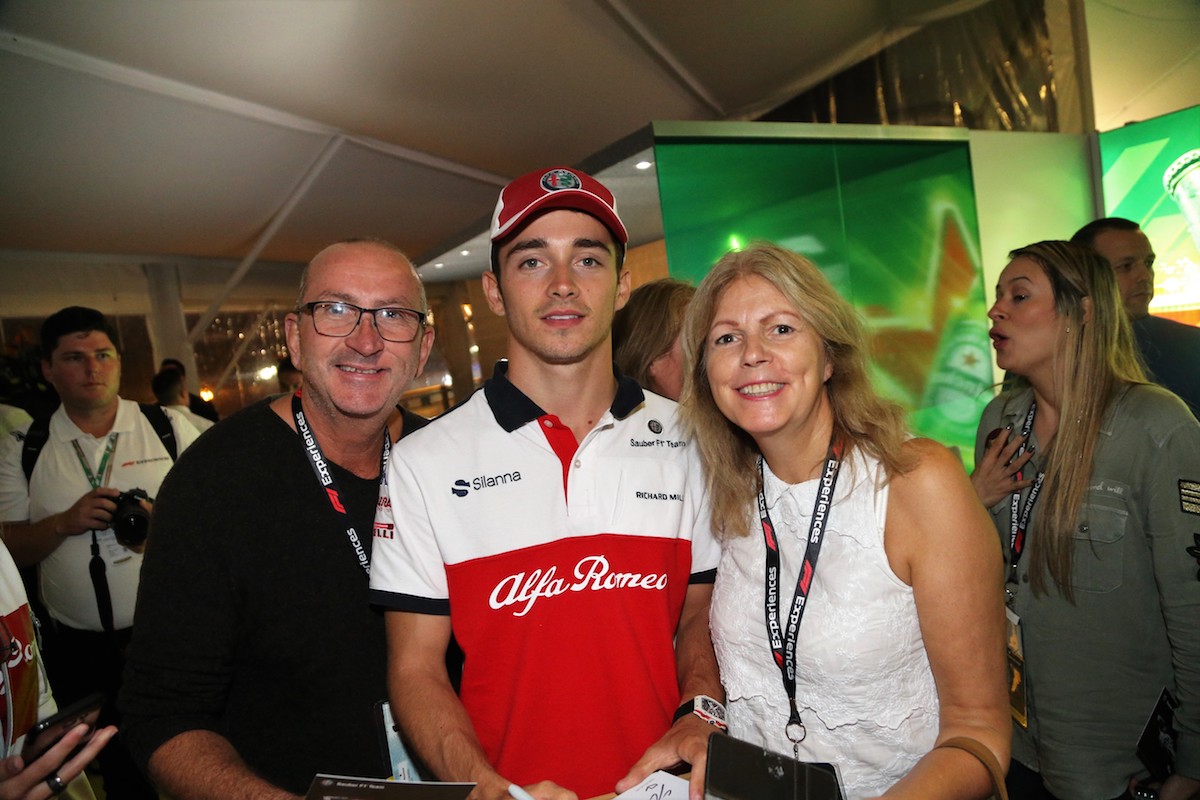 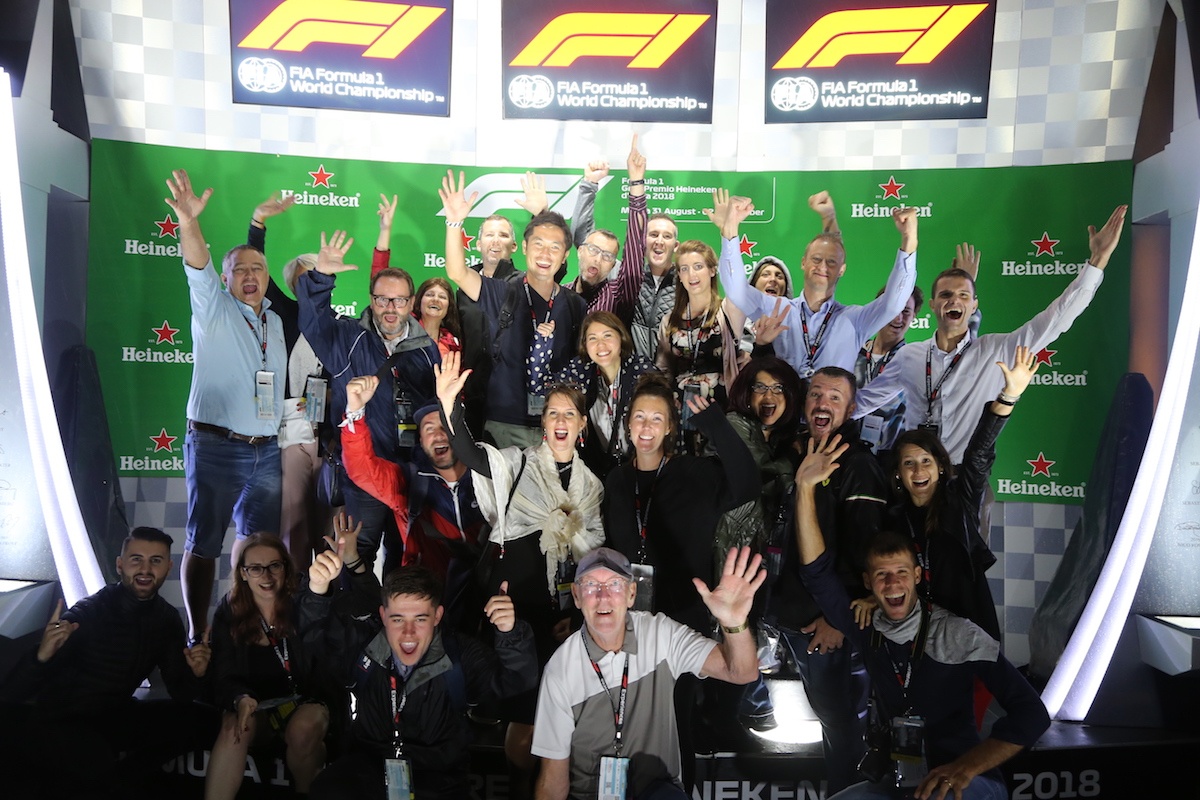 The highlight of Friday’s programme was an exclusive party in the Formula 1 Paddock Club™ with up and coming Monégasque driver Charles Leclerc from the Alfa Romeo Sauber F1® team, who participated in a Q&A and then posed for photos and signed autographs for our guests. Following the party, we headed into the pit lane for Insider Access, which included a meeting with Safety Car Driver Bernd Mayländer, a visit to the cool down room and photos on the top step of Monza’s iconic F1 podium, which juts out over the track. We also met with the Haas Team, learned about the innovative technology behind the Alpine Stars race suits worn by the drivers and about the importance of fuel and lubricants from Mobil 1. 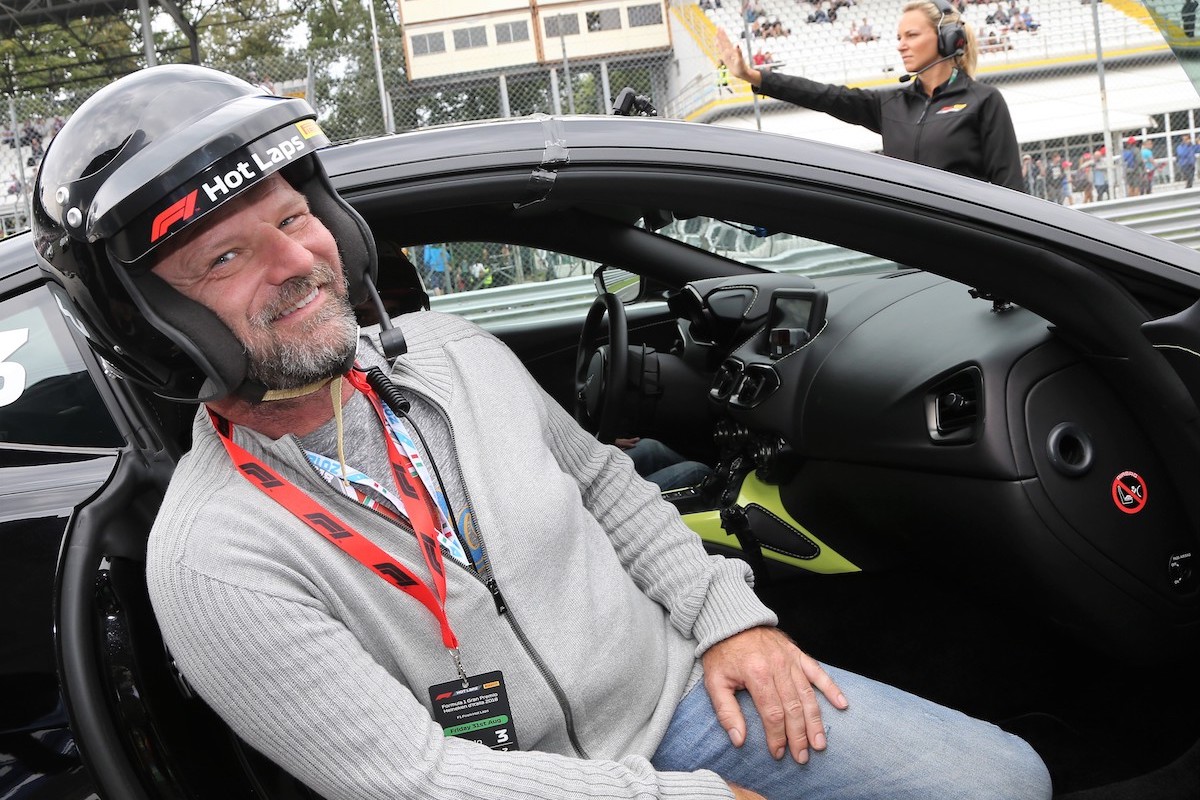 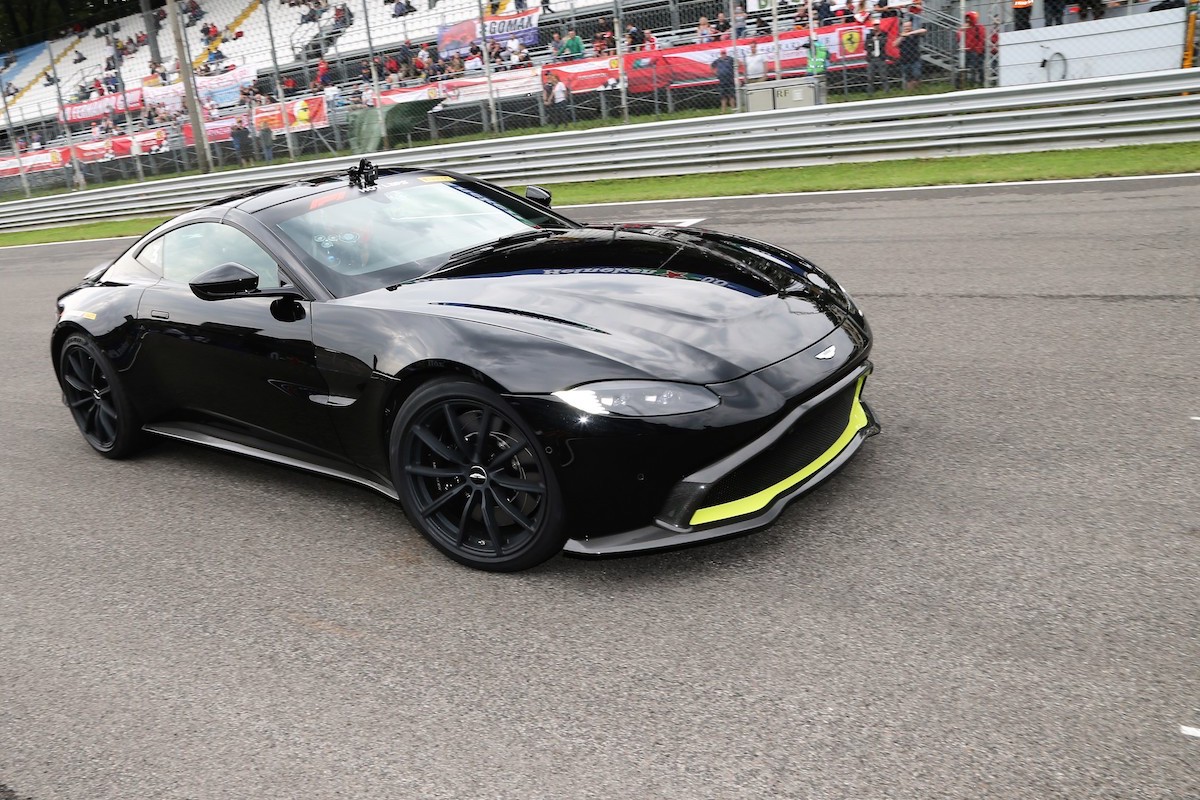 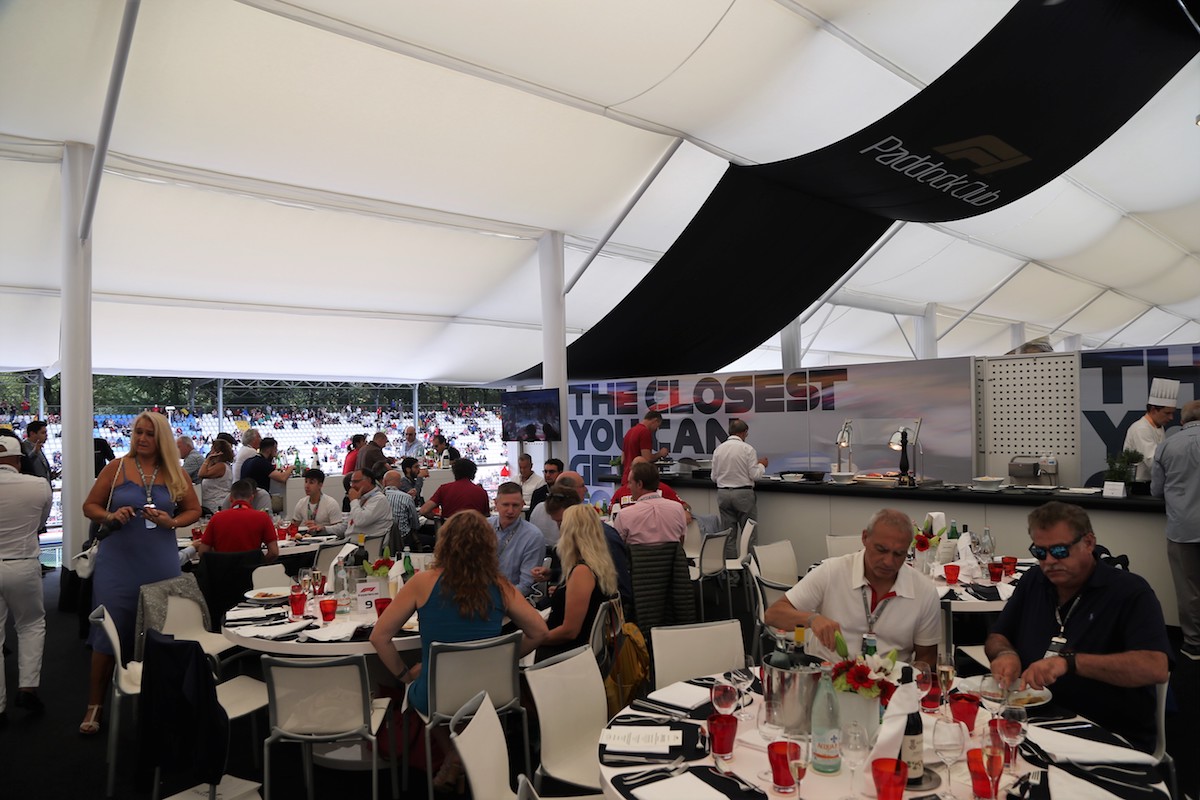 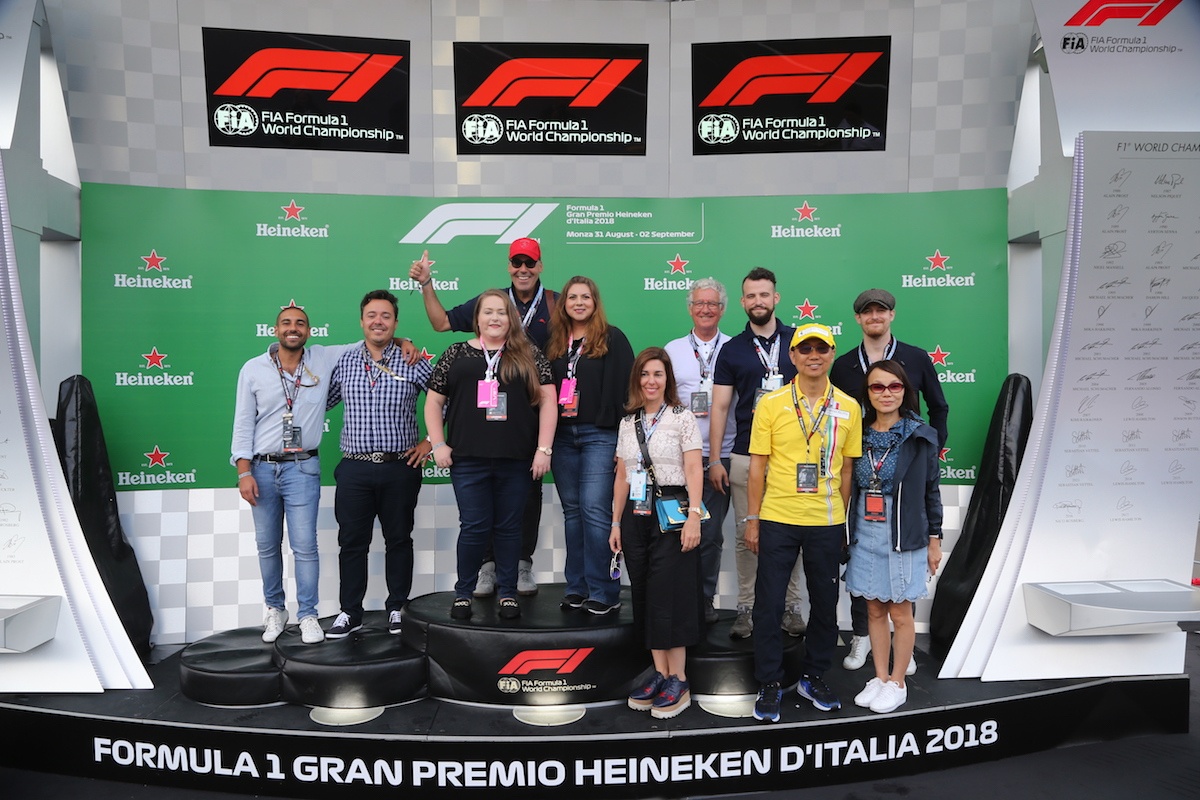 Throughout the Italian Grand Prix weekend, our Legend Ticket Package holders enjoyed the views from our suite in the Formula 1 Paddock Club™, including incredible views of the pits below and the passionate local fans in the grandstands opposite. In addition to enjoying all-day access to the iconic Formula 1® Paddock, our Legend guests also had a private visit to the Monza podium on Saturday and returned after the race for a close-up view of the top three finishers celebrating on the podium as thousands of fans streamed on to the track. An experience to remember! 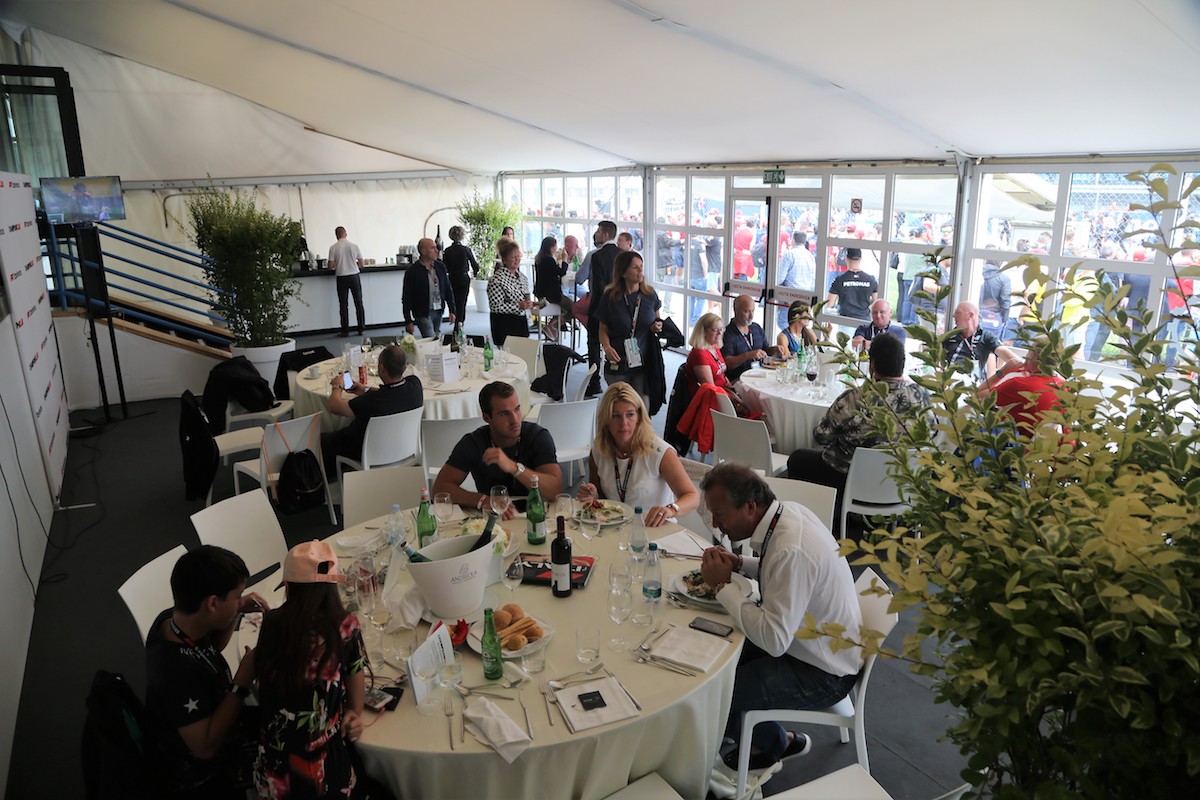 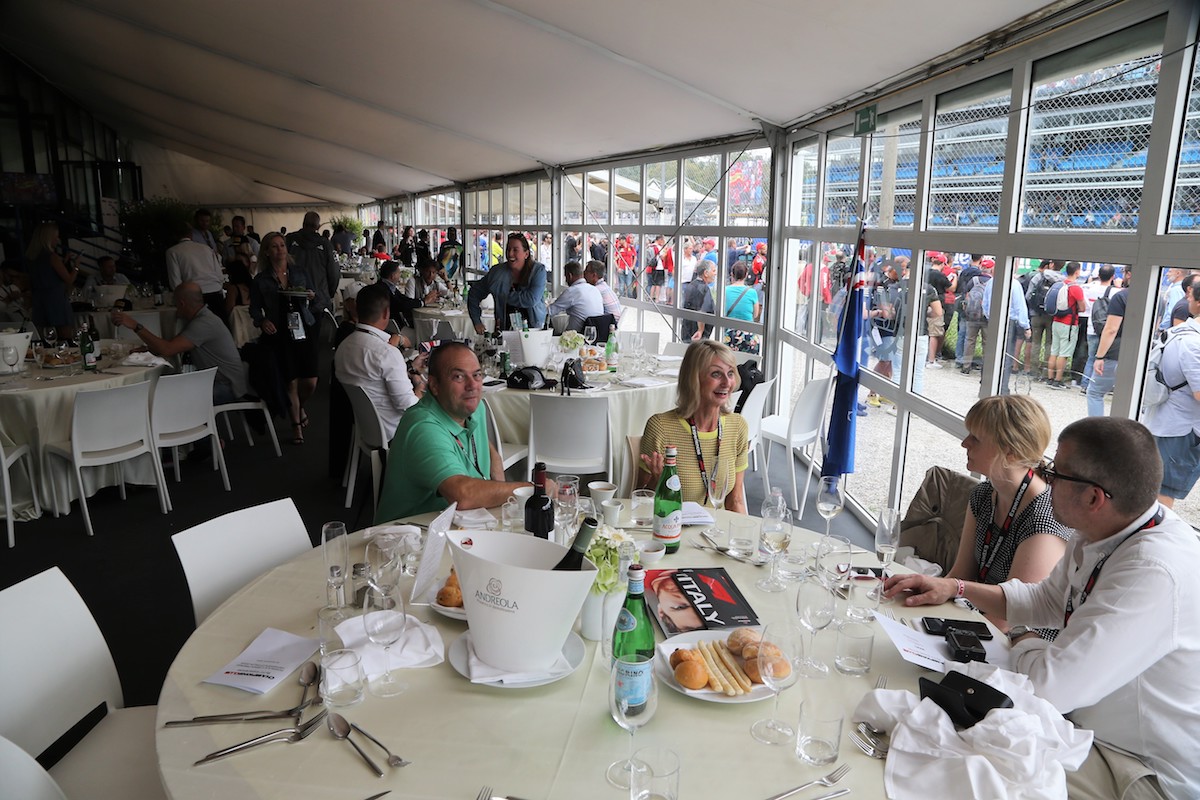 The Champions Club by F1® Experiences opened on Saturday morning in the Race Club, opposite the start-finish line. In addition to premium hospitality, including an open bar and gourmet meals, our guests also received a grandstand seat in an adjacent grandstand, giving them the best of both worlds! The privileged location of the Champions Club also provided easy access to the track for the traditional post-race invasion, which many of our guests took advantage of! As always, we were joined by several special guests in the Champions Club. On Saturday afternoon, Robert Kubica talked about his incredible comeback to Formula 1® from life-threatening injuries, while on race day, McLaren boss Zak Brown joined us to talk about his plans for the future of one of the grid’s most popular teams. 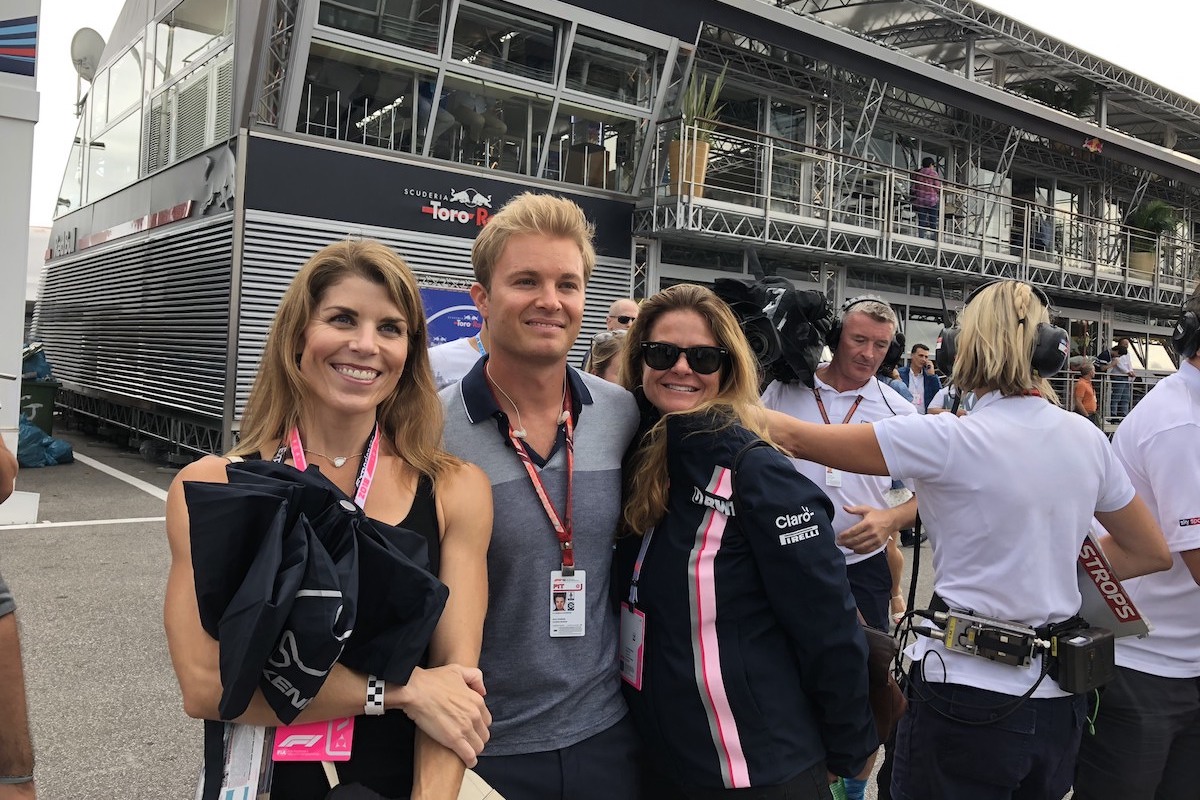 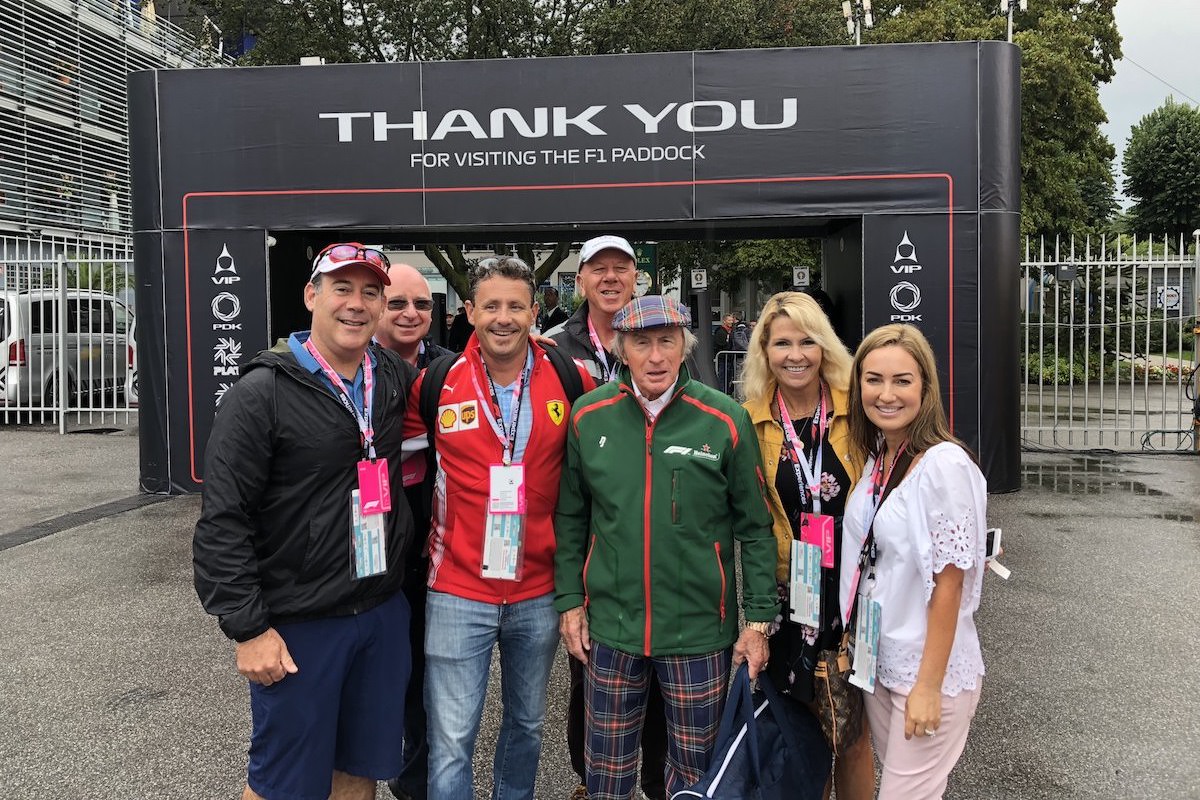 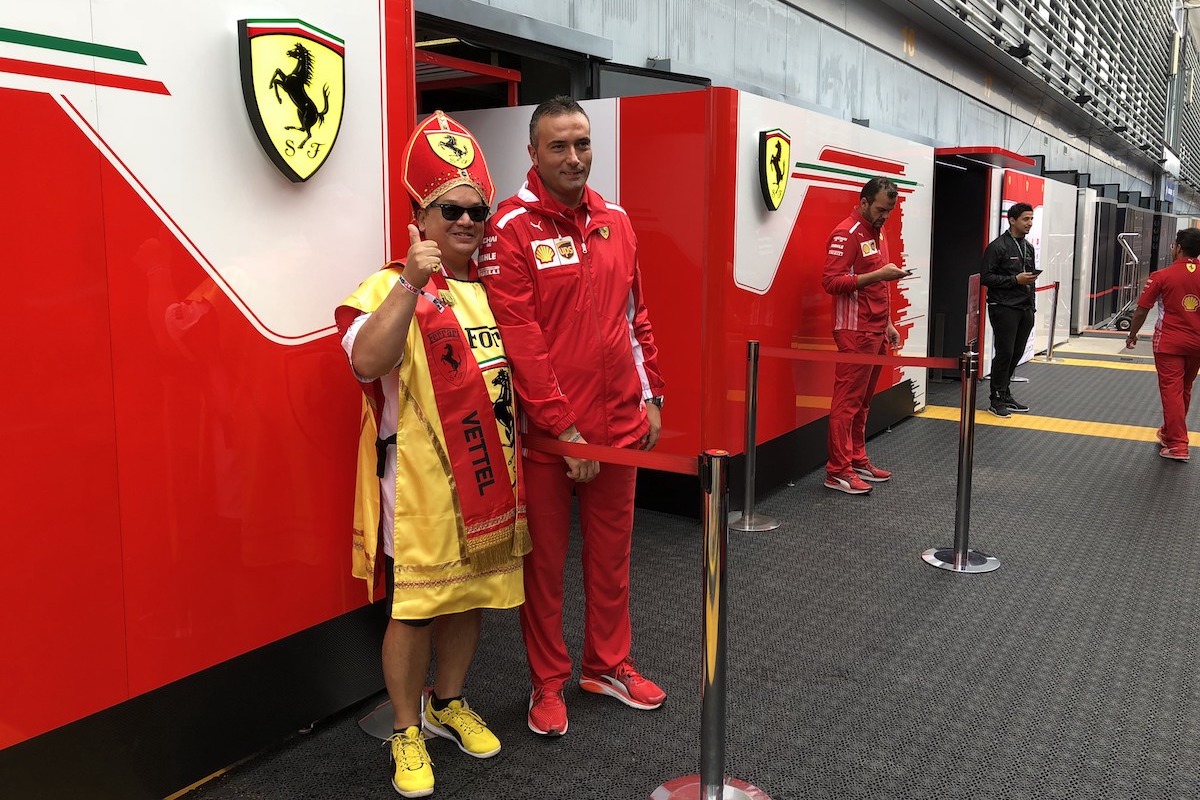 Our Champions Club and Paddock Club guests also enjoyed Guided Paddock Access over the weekend, giving them the chance to see the inner workings of Formula 1®.  As always, we ran into plenty of current and legendary F1® drivers, including former World Champions Jackie Stewart, Damon Hill, Jacque Villeneuve and Nico Rosberg! Some guests also managed photos and selfies with their heroes, while our guest dressed as the “Ferrari pope” was popular in his own right! 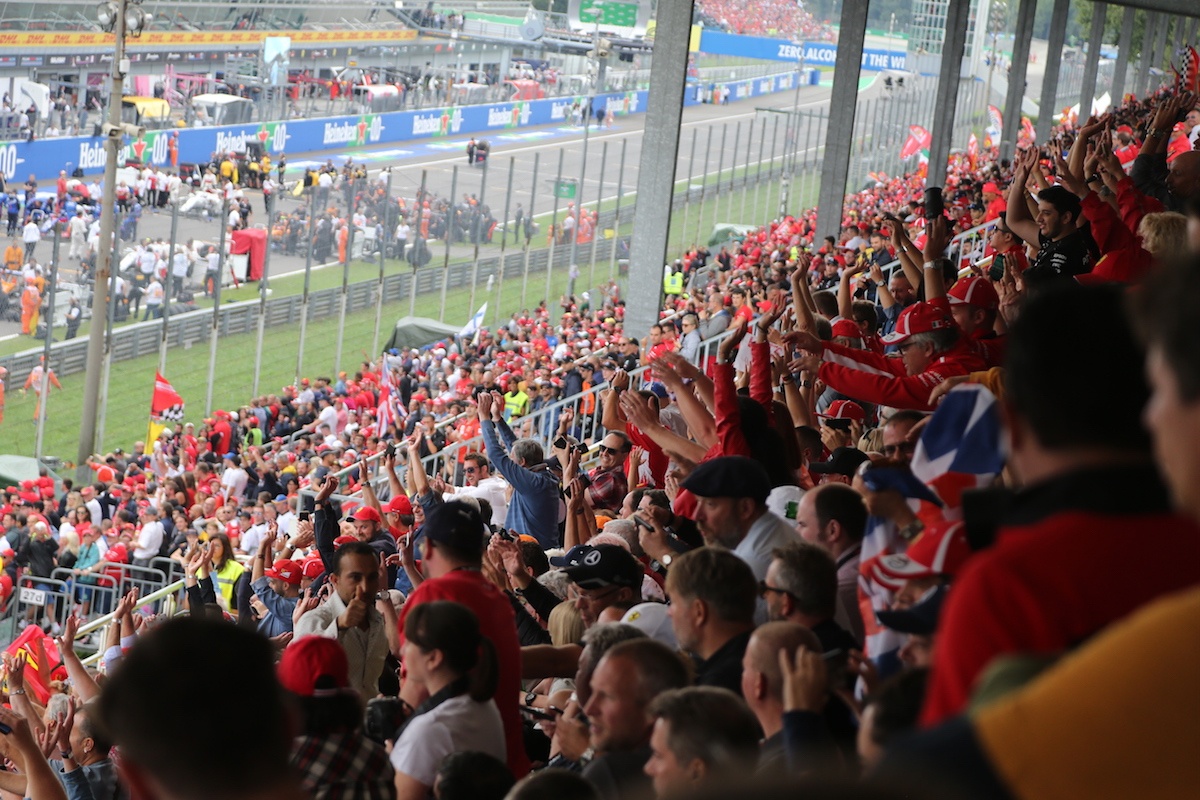 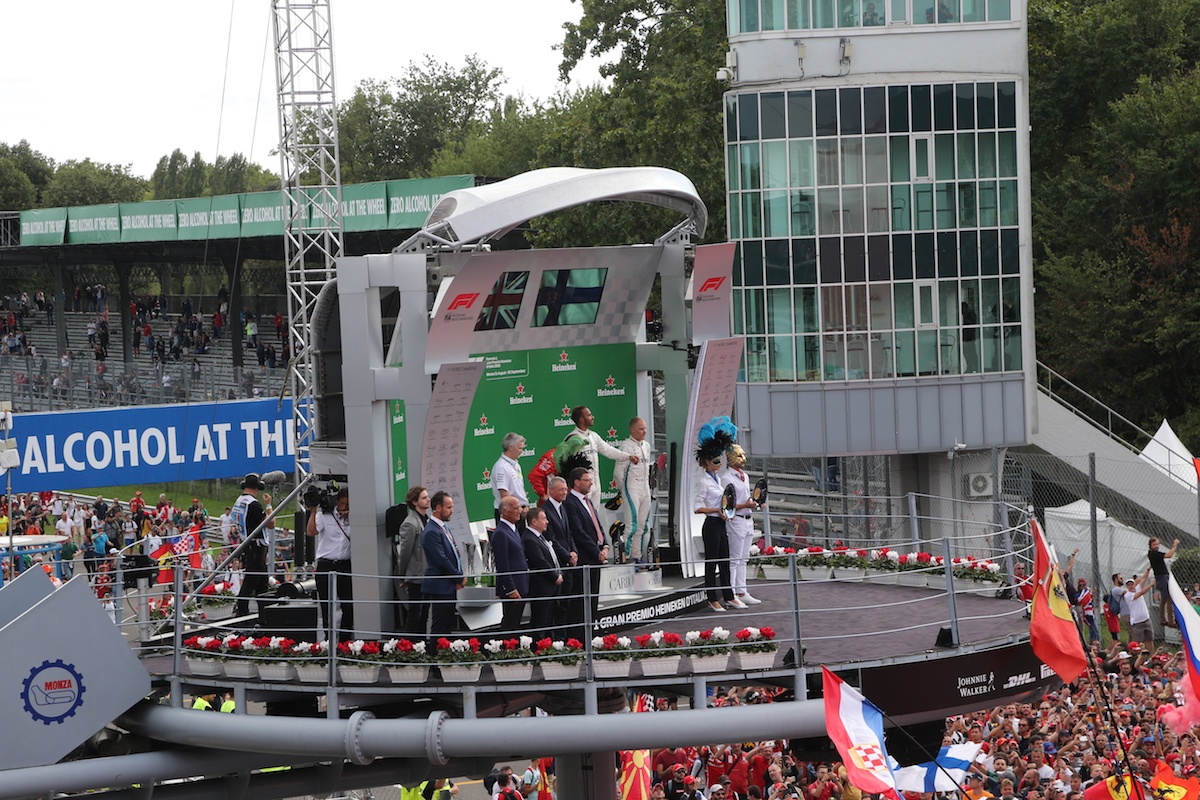 After Ferrari scored a popular front-row lockout in qualifying, the stage was set for a showdown with title rivals Mercedes on Sunday. Sebastian Vettel’s race was compromised on the first lap after he made contact with Lewis Hamilton, while Kimi Räikkönen took the early lead for Ferrari. To the disappointment of the local Ferrari fans however, Lewis Hamilton hunted down the Finn and took the win for Mercedes, with Räikkönen second and Valtteri Bottas third.