From team bosses to F1 Executives, we’ve been joined by some of the sport’s biggest names this year! Learn about what they had to say and how you can get insights into the world of Formula 1 with a 2019 Champions Club Ticket Package! 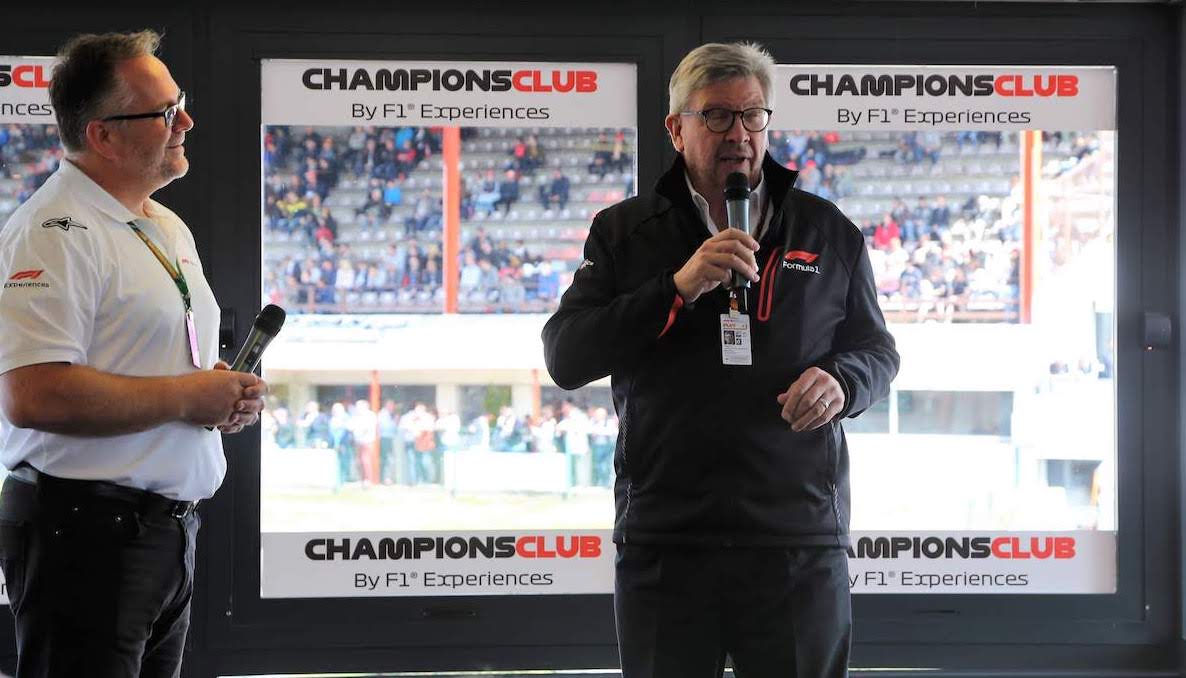 Managing Director of Motorsports for Formula 1, Ross Brawn, joined us in the Champions Club at Circuit de Spa-Francorchamps this year. The Briton, who masterminded Michael Schumacher’s seven World Championships as Technical Director at Benetton and Ferrari before winning both crowns with his own Brawn team in 2009, talked about how Formula 1 plans to improve the racing spectacle in the coming years and some of the highlights of his incredible career in the sport. 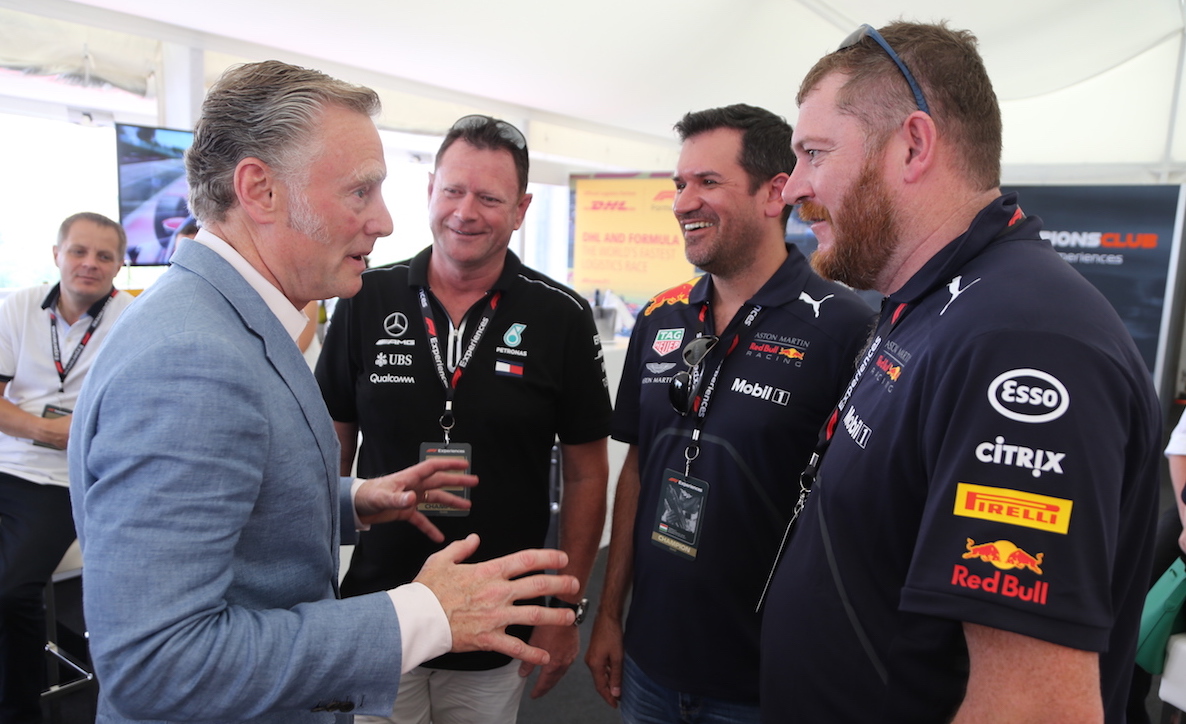 The Managing Director of Commercial Operations for Formula 1 was also a big supporter of F1 Experiences this year. Sean Bratches made guest appearances in the Champions Club in Australia, China, Canada and Hungary. The American executive, who spent 27 years with ESPN before joining Formula 1, talked about why Liberty Media acquired the sport and how they plan to pivot Formula 1 from a motorsport company to a media and entertainment brand. 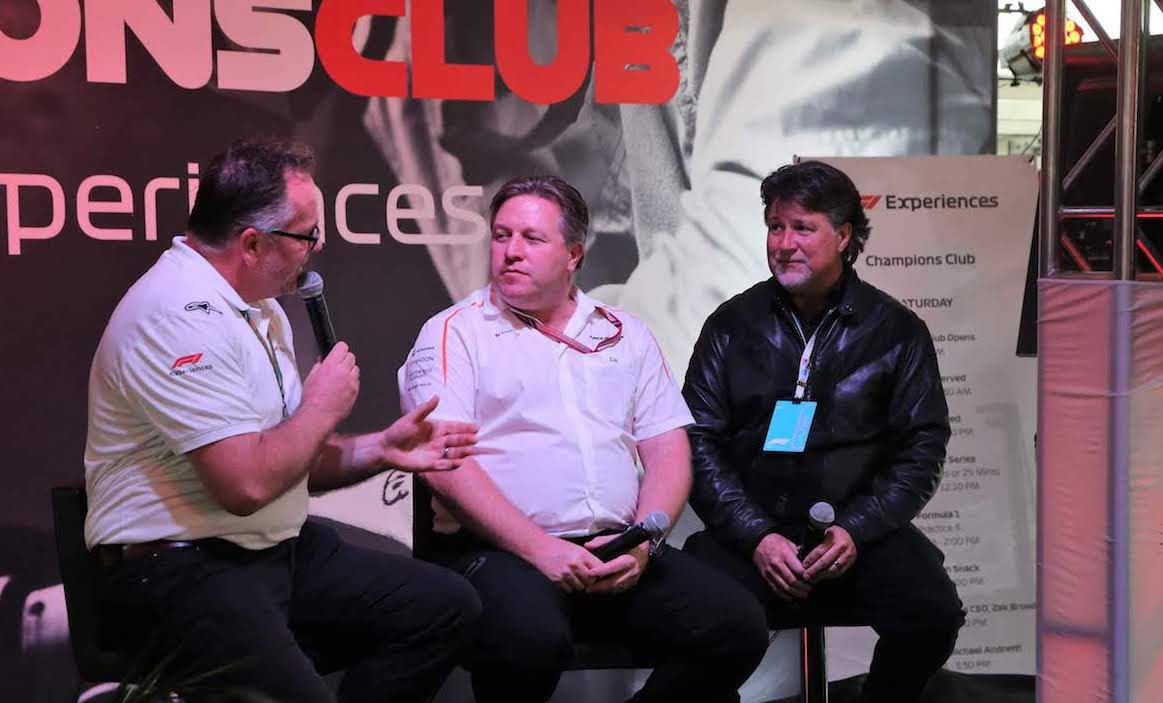 As well as learning about the business side of Formula 1, we also heard from several Team Principals about the challenges of running a team at the highest level. McLaren CEO Zak Brown made guest appearances in Italy and the USA to talk about his plans to get the British team back to the front of the grid, while Force India CEO Otmar Szafnauer made special appearances in the Champions Club in Japan and Mexico.

Senior members of the Haas F1 Team also came along to the Haas Hangout at Circuit of The Americas. In addition to drivers Kevin Magnussen and Romain Grosjean, our fans at the trackside barbeque for the only US-based Formula 1 team also got to meet team owner Gene Haas and Team Principal Guenther Steiner. In their third year at the highest level, Haas finished a credible fifth in the 2018 constructors’ standings, with 93 points.

Michael Andretti also joined us for Lunch with a Legend at Circuit of The Americas on US Grand Prix weekend. The American, who partnered Ayrton Senna for one season of Formula 1 in 1993 after winning the IndyCar crown, now runs successful teams in IndyCar and Formula E.

Join us in 2019 for your chance to learn more about the business side of the fastest sport in the world. Meet-and-greets with Formula 1 executives are included with Champions Club Ticket Packages.

JOIN US IN THE CHAMPIONS CLUB IN 2019